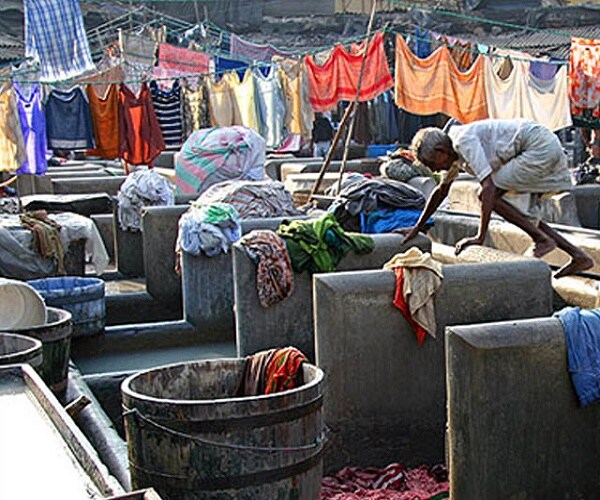 But for the nearly 4000 workers at Dhobi Ghats in Hyderabad, keeping clothes clean is always a running thought. Several ultra-modern dhobi ghats built by Telangana government and launched several welfare schemes to benefit the involved professionals.

At open-air laundromat smack in the middle of Balapur and adjoining areas in Hyderabad, thousands of pieces of garments are washed and dried every day. Families work and stay in the area, making it confused chaos both garb and gab in this suburban locality since the early 1900s.

It’s visually striking, no doubt, and has in the years made it a photographer’s soft focus, as they bend and manoeuvre their way around the washing lines, slabs of stone, and of course, buckets and buckets of water. There are also several tours that take, more often, foreigners to the area to observe the process.

Quirkily enough, the dhobi ghat won the Guinness World Record for the most people hand-washing clothes simultaneously at a single location. The number, which was last counted as 496 (and has probably only increased since) was achieved by the Telangana Chakali Sangham.

Now, there’s a new addition to this over the 140-year-old business. A new gallery has been added for people to look over at the washer-people doing their jobs but from a bird’s eye view. This semi-circular gallery that is accessible from Balapur temple allows a peek into the process without getting in the way of the work. As per reports, the gallery, which proposed to be inaugurated in March 2019, can take up to 30 visitors at a time.

The industry reportedly rakes in Rs.50 crores per year, but each shirt is only washed and pressed under Rs.10 per item. Gives a fair idea of the work put in, doesn’t it? #KhabarLive

From Biriyani to Appam, This Artist’s Miniature Dishes Will Make You...

‘Jail Radio’ Is A Step Towards Boosting Creativity Among Telangana Prisoners...