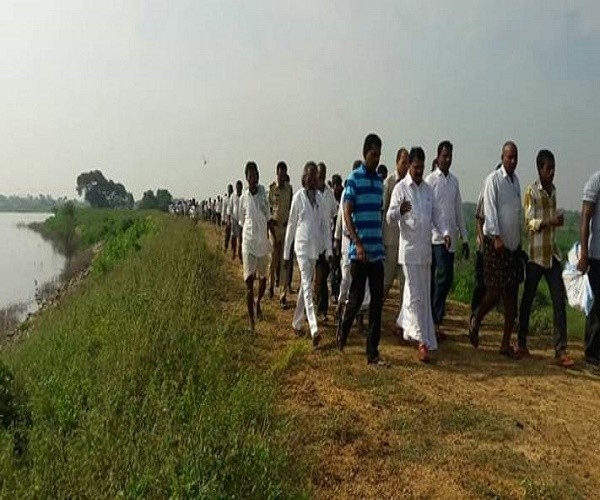 One of the people-outreach programmes which worked out well for State Planning Board Vice-Chairman and TRS’ candidate from Wanaparthy constituency is ‘Palle Nidra’ (a night in a village). This has not only brought him closer to people, but has also given him ‘a learning and transformative experience’.

As part of his election campaign, he made a night halt at Alwal village in Peddamandhadi mandal and decided not to go home till he completed his three-day tour of the mandal. But this is not the first time for him. Even though he lost 2014 elections, he kept reaching out to the people of his constituency in the capacity of Planning Board’s Vice-Chairman and as a son of the soil. Since 2015, he held night halts occasionally in villages and for the past year or so, he has been doing this quite often, whenever he was in the district.

He would choose a village, go there in the evening, finalise agenda for the next day, do necessary planning, mobilise stakeholders, hold a meeting and finally sleep in the village itself.

The next morning he would go around the village interacting with people and taking stock of their problems. For instance, if there is any civic problem, he would immediately summon the official concerned and see that the problem is resolved.

When #KhabarLive asked him what inspired him to try it, he said former Assembly Speaker C Madhusudhanachary had done the same between 2009 and 2014.

With our ‘Palle Nidra’, we used to bring all these multi-level representatives — sarpanch, MPTC, single-window chairman or even members of Rythu Samanvaya Samithi — to address the issues immediately. Whether all issues are resolved or not is secondary, but here we have observed real people’s participation, which is the very essence of democracy in its true spirit,” he told #KhabarLive.

He said the way people articulated their issues and the suggestions that were received from them proved that common people could themselves come up with great ideas to make their lives better. “I myself have gained a lot of patience during these exercises, and this will continue irrespective of win or loss in the elections,” he said.

Another outreach programme he has been successfully implementing is reaching out to migrant workers and employees from Wanaparthy who have migrated to Hyderabad or other cities and States across the country.

According to him, five to 10 per cent of voters had migrated to other places and making them vote would help him win elections. He held a get together of people from Wanaparthy in Hyderabad last week, and after he completed his Peddamandhadi campaign, he intended to go all the way to Mumbai, where thousands of migrant workers from Wanaparthy were working in construction and other unorganised sectors.

When asked whether they would be ready to come to vote, he was very confident that they would. He said his party workers had successfully reached out to every voter in Wanaparthy constituency already. #KhabarLive

Why KCR’s Call For ‘Dismissing Concurrent List’ Is Part Of ‘Economic...