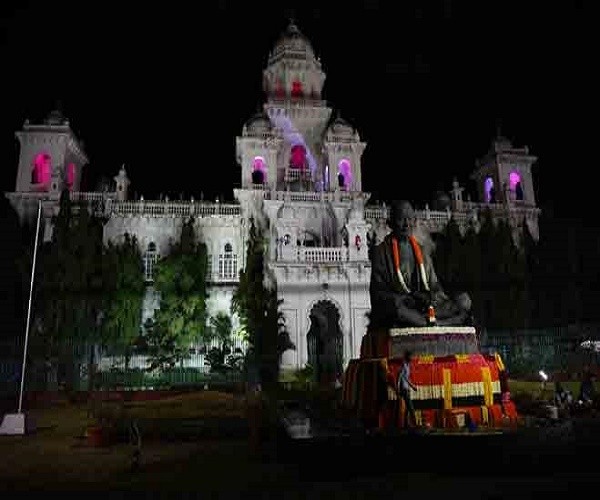 Soon after Chief Minister K Chandrashekhar Rao handed over the resolution letter of the Council of Ministers recommending dissolution of the State Assembly, a notification from the Governor’s Office, followed by another notification from the General Administration Department, stated that KCR and his colleagues in the Council of Ministers will continue as the caretaker government. This, of course, is the normal convention in a parliamentary form of government.

It is interesting to know how and from when the term ‘Caretaker Government’ came into being. Consequent to the defeat of Italy and Germany in 1945 in the Second World War, British Conservative Party leader Sir Winston Churchill proposed to British Labour Party leader Clement Attlee and British Liberal Party’s Sir Archibald Sinclair that the war-time coalition should continue until victory over Japan is secured. Both did not concur.

The Concept
Churchill, who was under pressure from his party to hold a quick election to exploit his standing as the man who had won the war, then resigned as Prime Minister. When the war-time coalition government came to an end in May 1945, the King invited Churchill to form a government, which was officially known as the National Government, and was formed with majority members of the Conservative Party. It was unofficial and without any reference to the British Constitution, and came to be known as the caretaker ministry.

It is practised in all parliamentary democracies where the executive government is formed from the majority political party in the elected House of representatives. A caretaker government may broadly be described as an intervening government that governs pending the outcome of a decisive event.

Nowhere, it is either explicitly or implicitly mentioned that the caretaker government may or may not make any decision of significance, policy or otherwise, or any decision with financial implications, that binds the successor government.

For governance and implementation of development and welfare measures, there should not be any objection if a caretaker government takes decisions, irrespective of the financial implications.

In a democratic set-up, as has been the practice, the decisions that benefit people at large are carried from one government to another irrespective of the political party. Caretaker governments are normally put in place when a government in a parliamentary system is defeated in a motion of no-confidence, or when the House is dissolved, as in the case of Telangana.

To say that it would be in place for an interim period until an election is held and a new government is formed as caretaker may be right to some extent, but to say that it cannot take a major decision is wrong.

A caretaker government may be the obligatory government to continue to operate in the interim period between the normal dissolution of the House for the purpose of holding an election and the formation of a new government after the election results are known, but why limit its powers?

In such a case, maybe, caretaker governments are expected to handle daily issues and prepare budgets for discussion but are not expected to take decisions with long-term impact or introduce controversial bills.

In the case of dissolution of the elected house based on the recommendation of its leader who enjoys undisputed majority, and when he is appointed as caretaker, there need not be any limits to his decision-making powers.

However, after the Assembly is dissolved and election notification is issued, the government may assume a real caretaker’s role in view of the model code of conduct. This role continues until the election results are declared, or in the event of a change of government until the new government is formally sworn in.

No Stopping
Chief Minister KCR’s idea for preferring dissolution and elections is to seek a reaffirmation of the mandate to continue the work of the government that put Telangana atop the economic growth pyramid.

If this caretaker government takes decisions in the interest of people, the way it has been doing for over 51 months, any new government that comes to power after elections, will continue it.

Anyway, in all likelihood, it will be a KCR-led government. So, for all practical purposes, even now it is a government that shall take care of total governance without any restrictions, maybe, of course, till the model code of conduct takes effect. #KhabarLive