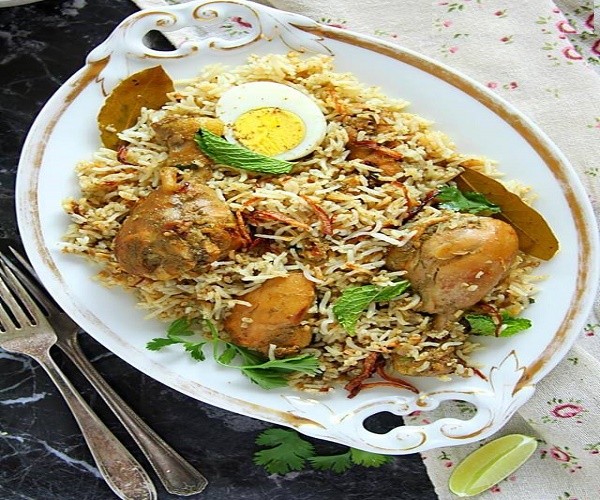 A man from Dubai may have just proven that biryani is the greatest food in the world. Ghulam Abbas’ last wish before his stomach was surgically removed was to have a plate of chicken biryani.

A Hyderabad resident, Ghulam Abbas, an engineer by profession, was suffering from cancer and doctors gave him just two options. Live a life without a stomach or die from stomach cancer. He chose the former. But not before putting forth a demand that has made headlines.

His last wish before the stomach removal surgery was to eat a plate of chicken biryani.

“I asked the doctor if I could have chicken biryani as my last meal before the surgery. My wife prepared it and my brother carried it to the hospital. I sort of gorged on it,” Abbas told #KhabarLive.

He recently was diagnosed with stage three stomach cancer at the Rashid Hospital’s Gastroenterology clinic after complaining of sudden weight loss and vomiting. Tests revealed that he had a tumour that covered almost his entire stomach.

“It’s the most devastating decision and yet the answer was clear, I had to do whatever it took to save my life,” said Abbas who has two children, a one-and-a-half-year-old son and a six-year-old daughter.

“There was no option but to conduct a total gastrectomy. We decided to perform the surgery minimally invasively, which has multiple advantages as opposed to open surgery,” Abbas’ doctor told #KhabarLive.

Much to the delight of his Abbas’ family members, the surgery was a success and the pathology report showed that the area surrounding the stomach was also free of cancer cells.

According to reports, gastric cancer is the fourth most common cancer worldwide. But that didn’t stop Abbas from eating his favourite food.

Secunderabad Contonment Board ‘Sanitation Workers’ Goes On Strike Against Non-Payment Of...

Amidst Scary Situation, A ‘Big Relief’ For Doctors Fighting With #Coronavirus...

The Impact Of ‘Ayushman Bharat’ Is ‘Rising Prices’ And ‘Bad Quality’...