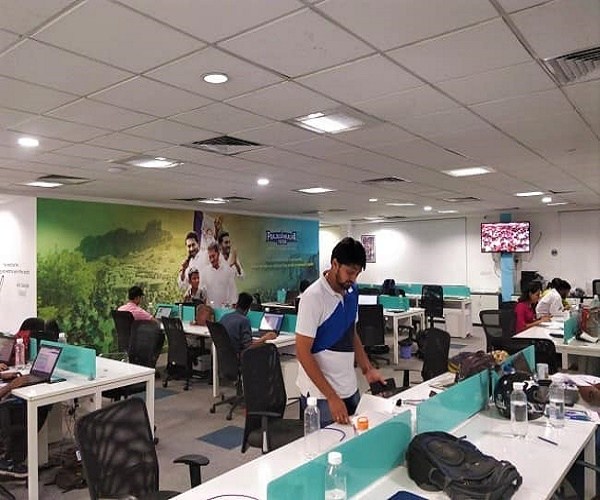 There is a constant flutter of activity in the second floor of the large building, situated in Hyderabad’s Jubilee Hills area. Around 100 people are working at a fervent pace, as the large TV on one end of the room has visuals of an ongoing campaign rally from Andhra Pradesh.

An entire wall has been decorated with a massive poster featuring Leader of Opposition YS Jagan Mohan Reddy. We’re inside the war room of Indian Political Action Committee (I-PAC), where the Jagan’s campaign for the Chief Minister’s chair is being planned and implemented. 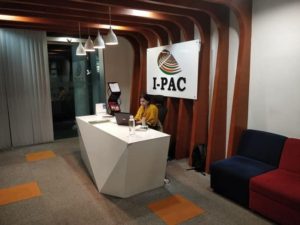 At the I-PAC headquarters, each person is engrossed on their laptops, with some looking like they haven’t left the building or even their seat in many hours. Some, napping at their desks, clearly have spent a night in the office.

Over the last two years, I-PAC has been instrumental in the attempt to change Jagan Mohan Reddy’s image in Andhra. And this is how they did it.

Perhaps to reiterate to employees that the hard work is worth it, in addition to displaying the organisation’s wins, the walls adjoining staircases are chockablock with photographs of I-PAC’s successful campaigns in Punjab and Bihar.

The main room branches into several rooms and cabins, each with a sign highlighting what’s going on inside. As we sit down in one of the cabins, the National Media Head for I-PAC, Asbah Farooqui says, “We have 300 or more people on the job and this is where all the action happens.”

ALSO READ:  Much Props To This Heartwarming Video On A Girl’s Simple Wish To Go To School

In 2017, election strategist Prashant Kishor was roped in by the YSRCP to help Jagan defeat Chief Minister N Chandrababu Naidu’s ruling Telugu Desam Party (TDP). With multiple ED and CBI cases against him over disproportionate assets, and allegations of quid pro quo, and even a short-stint in jail, Jagan’s reputation had taken a terrible hit.

Over the last two years, I-PAC has been instrumental in attempting to change that image, through campaigns like Samara Sankhavaram, Anna Pilupu, and the Praja Sankalpa Yatra, a 3,648 km-long ‘padayatra’ or walkathon that Jagan undertook in span of more than a year, covering all districts in the state.

And how they managed it, they say, is through footwork, research, and image building. 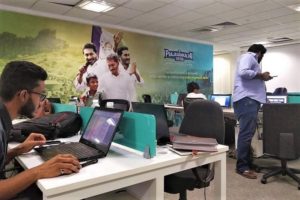 “For the past 2 years, the party and the leader have worked hard to strengthen the grass-roots presence and connect with the people. Active booth committees have been appointed at every booth, with one convener and 10 workers, to make sure that the reach of the party is comprehensive. Ipac has supported and coordinated in this process wherever required, but the credit goes to the leader and the party. Over the last two years, YSRCP has been ahead of TDP on all fronts – Campaigns on the ground, online campaigns, cadre strength, and morale,” says Rishi Raj Singh, Co-founder and Director at I-PAC.

How I-PAC works
I-PAC has a large number of foot soldiers and targets for each constituency in a given state. “There is a chain of command. We have a person-in-charge for each Assembly Constituency, who works with the local candidate. It’s a symbiotic relationship. Each MP constituency will also have a similar in-charge. All of them report to the regional leads, who in turn report to the headquarters in Hyderabad,” Asbah says.

The firm identifies issues in every constituency and attempts to identify solutions, with the members on the ground filing frequent reports and updates, working in coordination with the party.

“We also have a social media team, a research team, a political intelligence unit, besides other teams for special projects, logistics, and operations,” Asbah says. 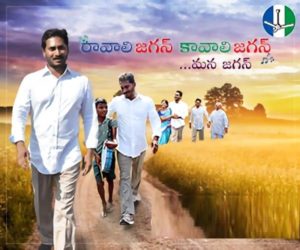 The padayatra
Many in I-PAC, as well as the YSRCP, feel that the most successful campaign run by them in the last two years was the padayatra. Other than earning him the moniker ‘Jagan Anna’, it also helped the YSRCP leader break out of his late father and former Andhra Chief Minister YS Rajasekhar Reddy’s shadow.

“It was a massive campaign. Consultations were held and the entire route was mapped out. We had to identify venues, work out the logistics, and make sure that the timing was adhered to, as much as possible. There would be a team constantly moving ahead of Jagan, to make sure that all things were in place by the time he reached the area,” a member from I-PAC’s padayatra team says.

“For many of them on the ground, the padayatra became their way of life as well; constantly on the road travelling, living, and interacting with the people and improvising solutions to any minor issues that could crop up. They worked just as hard, if not more,” he quips. 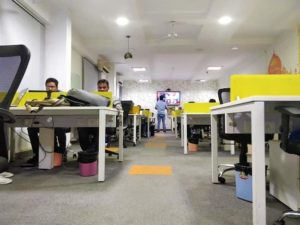 Image building
One of the most important factors in running a successful political campaign is branding, and Jagan’s campaign is no different.

Under a programme called ‘Jagan Anna Pilupu’ (Jagan Anna calling you), village-level influencers like teachers and doctors were identified, and personalised letters were sent to them, with a contact number and email ID that they could reach out to, for highlighting local issues and seeking redressal.

Realising that a shortfall in booth level workers may have cost the party during the 2014 polls, the Samara Shankaravam was undertaken to ensure that at least 11 YSRCP volunteers were there in each booth in the state. Over the course of the campaign, the party said that Jagan addressed 5,05,120 booth-level workers from across the state.

Besides this, another crucial part of the campaign battle, is the fight on social media.

I-PAC has a dedicated team of people on the ground floor of their office, who constantly monitor social media, on the lookout for any slip up from the TDP. They also aggressively push the YSRCP’s online campaigns, to ensure that it reaches a larger audience.

But while I-PAC can ensure that Jagan wins the perception battle, it will be on the YSRCP chief to prove himself as an administrator, if his party manages to get a majority in the upcoming polls. #KhabarLive

In Search Of ‘Spiritually-Enriched Feminism’

‘Blood On The Bedsheet A Must’: How This Indian Tribe Keeps...