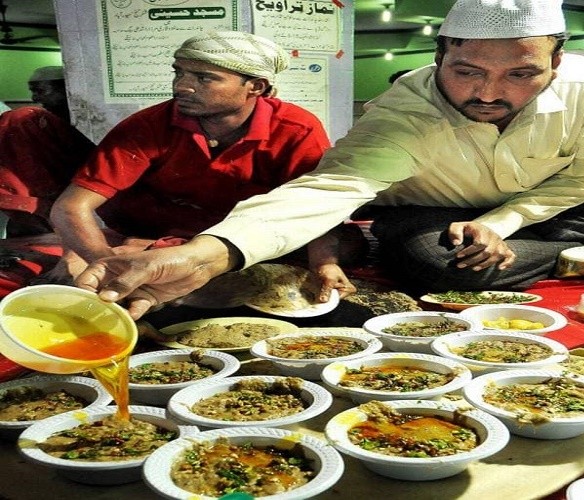 The World Heritage Week celebrations are on and beyond all the lamenting over how we are not doing enough to protect and preserve heritage structures and monuments, there is something else under the heritage umbrella needs to be attended to. We are what we eat and what we eat is a ‘living heritage’ practice.

The UNESCO World Heritage list has included the Mediterranean and French cuisines in its intangible list. While we need to wait and see if more cuisines will find their way into this list, we asked foodies if the possible inclusion of Hyderabadi cuisine will help preserve lesser-known recipes.

INTACH convenor Anuradha Reddy votes for dakhani food for its melange of cuisines. “Our food is unique. The Marathi and Telugu influence on the Nizami cuisine makes our biryani so different in the way we combine meat with dry fruits and vegetables.

Some of the dishes prepared here are distinctive, like Chinta Chiguru where meat is combined with tamarind in a South Indian way. The dakhani cuisine is a fusion of geography and history. The double ka meetha, murrel fish and the use of jowar is different from the way it is used in other parts of the country,” she says.

Foodie Mehboob Alam Khan roots for a heritage tag to the Hyderabadi biryani. “Is there any match to the biryani?” he asks. “There are so many methods of preparation and presentation. The biryani can cater to any palate; no other dish can combine prawn, chicken, mutton or vegetables so well and taste so good,” he says.

The Mediterranean and French cuisines are celebrated as speciality cuisines while the typical Hyderabadi cuisine defies definition. Sheherazade Javeri rues the lack of authentic Hyderabadi restaurants.

“Where do we get the variety of salans and dalcha? How many people know the Nizami handi was a recipe that stemmed out of the need to make use of leftover vegetables? There are places in the Old City where you can go and taste the Nahari Paya but can’t we serve the same in a hygienic environment?

A chowki experience at a restaurant will make the cuisine accessible and save near-extinction dishes,” she says. Hyderabadi cuisine, she observes, has influences of Gujarati and Rajasthani practices with a mind-boggling representation of vegetarian dishes.

Chef-turned-restaurateur Shankar Krishnamurty has a different take on the issue. He feels that more than just Hyderabadi cuisine, Indian cuisine should find itself in the intangible list. “Our cuisine is deep rooted and known for its medicinal properties. Indian cuisine as a whole deserves to be recognised.” #KhabarLive

Why ‘Hyderabad Metro’ Will Chug To Airport Along ‘IT Corridor’ Stretch?

Rebuilding The Royal Glory Of ‘Golconda Fort’ In Hyderabad