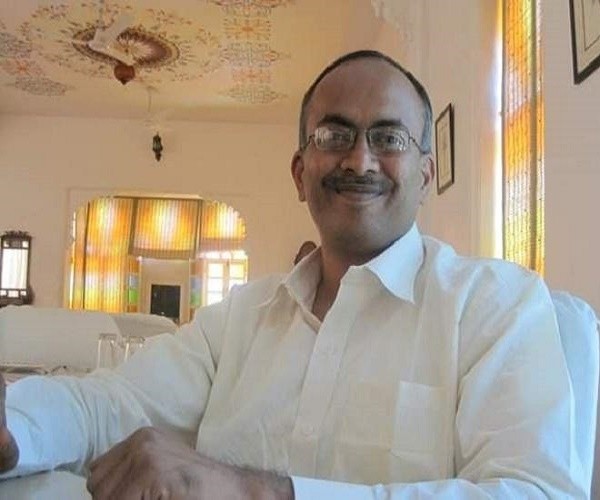 It is election time in Telangana and the state is all set to go to polls on December 7. Being India’s youngest state, 2018 election results will be a report card for the incumbent TRS government that came into power right after the bifurcation wave that helped the party sweep the 2014 polls.

While TRS is fighting its main battle against the Mahakutami, an alliance of Congress, TDP, TJS and several other parties, several independent candidates belonging to diverse social spectrums have also become a part of the fight this election season.

One such candidate is Ravindra Uppula, 46, a techie working with the IT giant Infosys in Hyderabad, who aims to steer clear of the political system of corruption if voted into power in the Serlingampally constituency. #KhabarLive spoke to Uppula about his political aspirations, the working IT populace in one of the richest constituencies in Telangana and his fight as an independent candidate without any political backing.

You contested the 2014 polls and lost the election after winning only a few hundred seats. And four years later, you have again filed your nomination and seem to be clearer about your political aspirations. What makes you think the people would vote for you this time, considering that you are a candidate with no absolute political backing?

In 2014, I made three major promises to the people. Firstly, I promised not to resort to any sort of corruption and take a single rupee, be it in the form of donations or gifts, even during my election campaigning. Secondly, I promised people to give a report card after every 100 days of work if I was elected into power. I promised accountability and transparency in the political system. Thirdly, I assured people that I would take a lie detector test if my accountability was under question, and prove that I haven’t taken a single rupee in the last 100 days of my work. But in 2014, the situation was different and the burning issue was the state bifurcation that had the emotions of the people at its peak. I lost miserably and the winning candidate had a landslide victory. The sitting MLA couldn’t even recover his deposit money.

This year, the bifurcation issue is history. I have made the same promises to people in my constituency this year too and have reinstated my statement that it is honest people that the state requires now. The Serlingampally constituency mostly has well-read, educated people and I leave it to their good judgement to choose what’s best for them. Because people are definitely disappointed with the current state of affairs after vesting power in the hands of an MLA who had a landslide majority in 2014.

An alumnus of NIT Warangal, you are an IT professional with over 20 years of experience in the field, with a family who lives in Hyderabad. So what explains this plunge into politics?

Everybody is disappointed with the current state of affairs in our country. Be it at a professional or even a lunch gathering, people talk of change but nobody is ready to come forward to be the actual change. So if I am so worried about the issues plaguing my country, I cannot sit idle and wait for someone to come and do it for me.

I have realised that corruption is the root cause of majority of social issues in this country. Our politicians are, no doubt, smart and intelligent people, but they spend their energy in channeling ideas to create wealth around themselves. If you see a politician laying roads, it’s very less likely that he/she is doing it for the welfare of the people and not for his personal benefit. So if a person like me can promise accountability and transparency in the way an elected government functions, that would definitely set a precedent in front of the people who place their trust in the candidate every time he/she is voted into power.

Serilingampally is one of the constituencies that pay the highest property tax, but very little of it is used for its own welfare. Bad roads, frenzied construction, higher number of road accidents; all are issues that have been worrying the voters here. So apart from tackling corruption, which one of these will be your first priority if elected into power?

I am part of two groups that have been working towards conserving lakes in our city, especially restoring the Nalagandla lake and another group that has been fighting the industrial pollution in the constituency. I value these two causes highly. But the first and foremost worrisome issue has always been the roads.

We are a state that is home to world-class companies. We have more than one lakh IT employees in the constituency who provide solutions to other companies on how to deliver products in a couple of hours and suggesting more accessible modes of transit. So if we can solve problems for people sitting abroad, why can’t we find solutions to our own?

There is a common perception that techies are a group who remain the most aloof from electoral politics. In 2014 also, Serilingampally was the constituency that saw the least number of people coming out to vote. So being a techie yourself, what do you think is the reason behind this lack of interest?

I would not agree to the perception that techies are people who are not bothered about the problems in this country. They are loyal citizens who regularly pay taxes and are law-abiding. In my company itself, there are several people who work with NGOs and other charitable organisations, especially the youngsters. They are definitely concerned about the development of the country but they are not into politics. They consider politics futile. They are ready to do their bit for their country but do not like to discuss politics.

So, if there is a perception that IT people are not interested in the welfare of this country, it is false. But it is true that you see very few people IT professionals in politics because they do not believe in the system, they consider it as a muddy environment. This I would say is wrong and I would like to prove them wrong by setting an example myself.

Without a proper political backing, what are your major modes of campaign? How are you reaching out to people?

Last year, I distributed more than 1.75 lakh pamphlets in the entire constituency. That has been my primary mode of campaign. This year I am planning to distribute at least 3 lakh pamphlets, and I have made a core team of 25 people which includes my friends, neighbours, family and colleagues.

This year I have expanded my campaigning through social media as well, mainly through Facebook, WhatsApp and LinkedIn, where I have already received an overwhelming response from people. I am waiting for the EC to provide me with an election symbol so that I can reach out to a larger number of people in an efficient manner. #KhabarLive 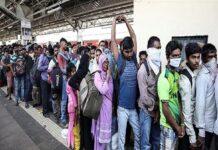