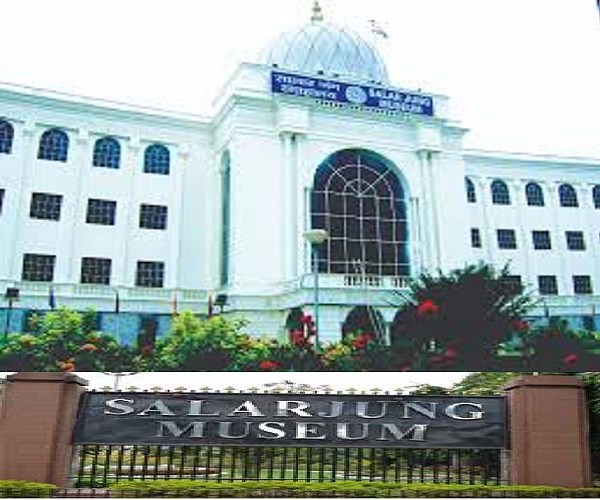 Hyderabad is home to one of India’s most prized possession — the Salar Jung Museum — which is the third biggest museum in the country. The institution is globally popular for being a repository of exquisite art collections from various civilizations, providing us a deep insight of the cultures that have preceded us. In fact, it is known to house the largest ‘one-man collection’ in the entire world.

With over ten lakh visitors in a year, the iconic Salar Jung Museum is a perfect emblem of Hyderabad’s rich and glorious past. 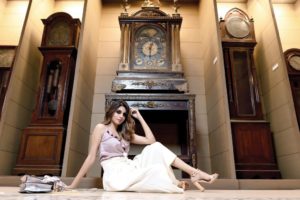 The lavish collections of over a million artefacts, manuscripts, carvings, sculptures, and paintings — some of which date back to the 4th century — can be mainly credited to the efforts of Nawab Mir Yousuf Ali Khan, famously known as the ‘Salar Jung III’. A wardrobe of Tipu Sultan, daggers of Shah Jahan and Jehangir, Aurangzeb’s sword, and a painting of Raja Ram Mohan Roy are some of the treasures the historic museum boasts of.

Collection of antiques is something many of us have indulged in. But collecting artefacts from across the globe will just seem like a dream. One man who managed to fulfill this dream was Nawab Mir Yousuf Khan, popularly known as Salar Jung III.

Located on the southern bank of the river Musi, Salar Jung Museum is popularly known for its one of largest one-man collections of the world. Famous for being the third largest museum in the country, the museum boasts of having the largest antiques collection. 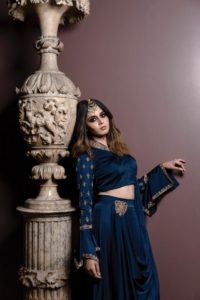 Artefacts dating back to the first century can be found here. With a collection of close to 43000 art objects, 9000 manuscripts and 47000 printed books, Salar Jung Museum promises a rich experience to all its visitors. The museum has 38 galleries which are spread in 2 floors.

The collection in the museum consists of Indian Art, Far Eastern Art, European Art, Children Art, Middle Eastern Art, as well as Founders gallery and rare manuscript sections. After visiting this paradise for the connoisseurs of arts, we have put together our favourite artifacts just to give you, our readers a virtual tour to the museum that is indeed a royal treat to the eyes!

The clock room is one of the best galleries displaying more than 300 clocks in various sizes ranging from Sandiers to modern day huge pieces.

This breathtaking Porcelean Vase is situated in the founders gallery at the museum. It was produced by the Coalport Factory in 1897 to mark the Diamond Jubilee Anniversary of Queen Victoria. It is one of the 50 rarest pieces produced ever.

At the Salarjung Museum, there is a depiction of Middle East as well with its glassware and ceramic items. A few most loved objects from this section include the Chandeliers in a variety of shapes, sizes and colours. 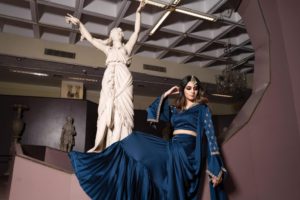 The most intriguing treasure in the collection is the wooden statue of ‘Mephistopheles and Margaretta’ representing evil and good. From a single log of sycamore wood the sculptor has carved two distinct images on either side. The male image is clad in a hooded cloak, heeled boots and has a long gaunt face with a cynical smile, while Margaretta is shown as a shy, simple girl with a prayer book in one hand and downcast eyes, lost in love.

A bewildering variety and array of clocks greets the visitor in the clock room. There are ancient sundials in the form of obelisks to huge and modern clocks of the twentieth century. The variety includes the Bird cage clocks, Bracket clocks, Grandfather clocks, Skeleton clocks, etc. The museum is also having some good examples of the clocks of the contemporary period of Louis XV, Louis XVI, and Napolean 1st of France.

The marble sculptures in the museum are sizable in number though majority of them are garden figures being copies of Greek mythological sculptures done by the famous artists.

Beware! The hunter on the horse from Europe is here. This bronze sculpture is from the 19th century made by Waagen 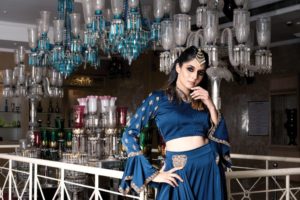 The below painting is that of a water carrier girl painted by J Dorna on canvas with oil! It is an Italian painting from the 20th century. These are the paintings present along with other European artifacts at the museum. The above one is an oil painting on a key hole shaped wooden panel. It is a French painting that was painted in the 19th century.

ALSO READ:  'Lankavaram' - The 'Ooty Of Telangana' With Scenic Beauty And Nature's Feel

This lovely showcase is full of tiny aretifacts, sculptures and statues from Europe. They are all made of brass. A few of them include the dancing girl, duel battle scene, cupit with quiver etc.

Besides rare collections, the museum is also the home of an extraordinary library with more than eight thousand precious manuscripts and over sixty thousand books. Because of these inestimable acquisitions, Salar Jung Museum has earned the prestigious membership of renowned museological and historical organizations like the Museum Association of India, and ICOM-INC. 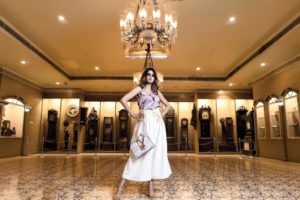 A Trip Down the Memory Lane: The History of Salar Jung Museum
Nawab Mir Yusuf Ali Khan, who was the Prime Minister of the seventh Nizam of Hyderabad, spent a substantial amount of his income to collect rare art objects from all around the world over a period of almost thirty-five years. These priceless collections were formerly exhibited in his ancestral palace before Pundit Jawaharlal Nehru shifted them to a private museum in 1951. The present Salar Jung Museum at Afzalgunj was inaugurated in 1968, and later, two new buildings were added to it.

The Awe-Inspiring Collections of Salar Jung Museum
The collections at the museum, comprising of the rarest of rare items, range from Buddhist to Egyptian, European, Arab, Sino-Chinese, and various other civilizations. The royal museum’s exceptional collections won’t fail to overwhelm history enthusiasts, art lovers, as well as usual visitors. The collections are classified into several different sections, including Middle-East art, Far-Eastern Art, European art, Indian Art, and so on. There’s also a dedicated gallery exhibiting a variety of items that were owned by the Salar Jung family. 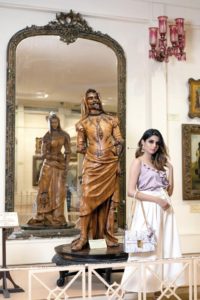 Rare manuscripts on textiles, parchments, wood, glass, and palm leaves in numerous languages such as Turkish, Urdu, Arabic, Persian, and Sanskrit are a part of the museum’s exhibit. The matter of these manuscripts includes diverse subjects like literature, poetry, medicine, and magic. There are over thousand miniature paintings and calligraphic panels, along with an extensive compilation of Qurans collected from around the world. The Qurans are in various designs and fonts, including one written in Gold and Silver.

The Musical Clock
A stunning vintage clock, acquired from British clockmaker, Cook and Kelvey Co., finds its place inside the museum. The classic clock, with over three hundred parts, pulls a lot of crowd at the stroke of every hour. The main attraction is a bearded man in a robe, who comes out from an enclosure and hits a bell, signifying the time of the day.

Veiled Rebecca at Salar Jung Museum
The sight of Veiled Rebecca, a masterpiece crafted by celebrated Italian sculptor Giovanni Maria Benzoni, is an engaging experience and a treat for the eyes. According to the Hebrew Bible, Rebecca is the wife of Isaac. The specialty of the life-size sculpture is its transparent veil, and the pedestal carved out of a single marble slab. Giovanni Maria Benzoni has created only four pieces of the Veiled Rebecca, all of which are showcased in renowned museums across the globe. 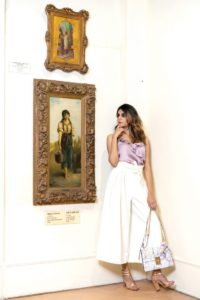 Galleries in Salar Jung Museum
There are currently 38 galleries within the Salar Jung Museum, spread out on two floors. The first floor of the semi-circular museum building has 18 galleries, and the ground floor has 20 galleries, both displaying a range of items categorized into different sections and sub-sections. Besides the main galleries, there are reading rooms, libraries, a sales counter, and a cafeteria.

Salar Jung Museum authorities organize regular exhibitions on varied themes, and they also maintain a mobile exhibition van for outdoor exhibitions on special occasions. Photography isn’t permitted within the premises, so visitors will have to capture the beauty of the museum with their eyes, and feel its historic aura with their senses.

The magnificence and grandeur of Salar Jung Museum offer an incredible experience, making it a must-visit while in Hyderabad apart from other notable heritage sites. #KhabarLive

The Mysterious ‘Uddanam Nephropathy’ – A Killer Kidney Disease Spread Across...

How ‘Amazon Shoppers’ In India Is Getting Fooled By ‘Fake Product...