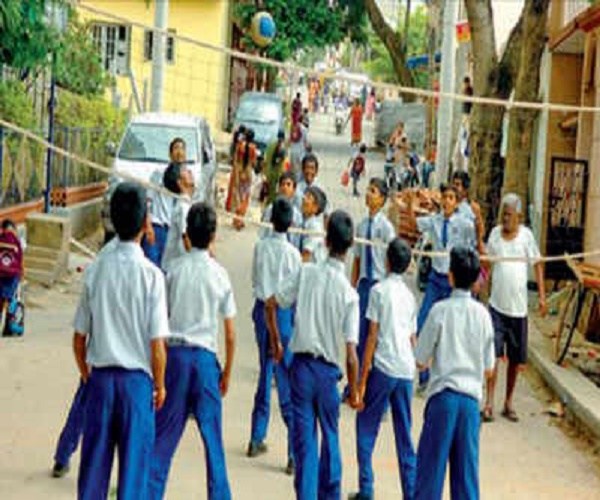 Despite doctors and psychologists insisting on physical education and sports activities in schools, not many school managements seem keen on encouraging their students to take up sports in a big way in Hyderabad.

Govt Apathy
State-level statistics aren’t encouraging either. According to latest District Information System for Education (DISE) report, almost 60% schools in Telangana have no playground. The situation is pathetic in government schools with 50% functioning without a sanctioned physical education teacher. This means majority children enrolled in these schools neither have a place to play nor have a mentor to guide them with physical activity. 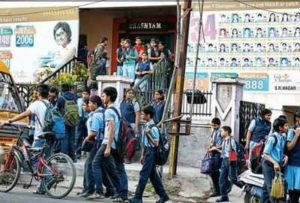 No rulebook has only made matters worse. While a revision of Right to Education Act (RTE) in 2012 -it had earlier made it mandatory for schools to have playgrounds -directed schools to make alternate arrangements in adjoining playgrounds (in case of insufficient space), it failed to impact schools in Telangana. Reason: State has not implemented the Act since its inception in 2009. Only certain portions of RTE have so far been enforced in limited number W of schools in the state.

An “It is appalling to see schools running without playgrounds. The P lack of it not just deprives children of sports ­ which is an integral part of any body’s school days ­ but also adversely impacts growth. Physical activity is extremely important as it is a healthy habit that simultaneously broadens a child’s horizon,“ said Faiz Khan, member, board of governors, The Hyderabad Public Schools. HPS is among those institutions in the city that boast of expansive playing areas.

Apart from stunting growth of children, the `missing’ playgrounds have also led to a steep rise in childhood obesity . In fact, National Institute of Nutrition (NIN) had sounded a word of caution as early as 2012 about this worrying trend. The three-phase study established lack of playgrounds, the second most important reason for obesity among children.

“It highlighted 53% of child’s obesity is linked to food heshe eats and 47% to lack of physical activity. It further noted how obesity made children more sensitive and less active, both in terms of studies and extracurricular activities,“ said a researcher associated with the study. 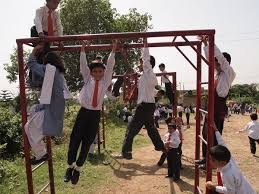 Now, hire playground for a fee
To battle the playground crunch, several private schools in city are now tak ing up the Greater Hyderabad Municipal Corporation’s (GHMC) offer to lease open spaces ­ albeit at an annual fee.

Officials from civic department confirm as many as 500 private schools have signed up with them over last three months to hire GHMC parks dotting the city. As per its latest rate-card, a park can be `booked’ by a private school for 75 hours at a cost of Rs 10,000 a year. For increased number of hours ­ 150 or 300 ­ schools have to shell out an extra fee.

“We have earned a revenue of Rs 8 lakh through this facility,“ said S Srinivas Reddy , additional commissioner for sports, GHMC. “We have no record of government schools as this facility is extended to them free of cost. They generally make use of these parks on Fridays,“ he said.

GHMC has about 512 playgrounds spread across Hyderabad. Some of them that have been hired so far are located in places such as Kukatpally , LB Nagar and Old City, said officials. “The fee that we are charging for this facility is nominal.Since the time we rolled out this initiative, we have been receiving applications,“ the official said.

Apart from playgrounds, GHMC as part of its pay-and-play scheme, is also renting out sports complexes and swimming pools in the city.This is open not just to schools, but also individuals. “Through this scheme we have collected Rs 2 lakh over the past one month. So far we have received 220 applications,“ said Reddy. 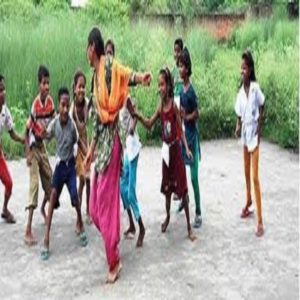 Reality Check
The fact that only 835 schools had registered to access Greater Hyderabad Municipal Corporation’s (GHMC) playgrounds on rental basis, reflects the general lack of interest towards sports on part of City schools.

There are nearly 5,000 registered private schools in the city and majority of these schools are operated out of commercial complexes and lack playgrounds. To help find a solution, the GHMC had come up with a novel concept of renting out its 557 playgrounds across the city to schools on an hourly basis.

The idea was to provide schools some open space thus enabling them to encourage students in sports and other physical education related activities. Besides, the move would also make it easy for GHMC to maintain the grounds, senior GHMC officials said.

As per the terms, the managements have to specify the time schedule of utilising the playground. Managements will be able to use the playground for sports and drills from 10 am to 4 pm on weekdays. “Given the number of schools in the city, the response is not as expected. The demand for playgrounds was more from central zone, where many schools lack playgrounds,” said a senior official from GHMC.

Depending on the size, the 557 playgrounds were divided into five categories and hourly rent charges were fixed accordingly. Managements have the liberty of utilising the 75 hours within 11 months and the left over hours, if any, will be added to next year’s quota. 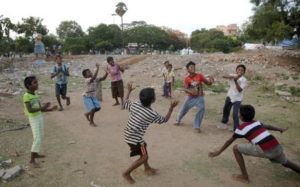 Although the corporation has received over Rs 4 lakh towards registration and over Rs 8 lakh towards user charges, authorities want the demand to increase. Given the poor sports infrastructure in schools, the managements should utilise the service. However, after March 31, managements would not be permitted to use the playgrounds till fresh notification was issued, he added.

As clichéd as it may sound, multiple studies, surveys and experiments, over the years, have established that all work and no play does make Jack a dull boy. That this adds to rising obesity among kids is no secret. It is, therefore, extremely important that schools encourage students to participate in outdoor activities and spend at least some part of their day outside four walls of classroom.

Authorities responsible for sanctioning permission to new schools must make this playground rule compulsory and conduct regular inspections for a reality check. If not, affiliation of schools must be cancelled.It is time we realise that unless we tackle the issue, we will not be able to provide holistic growth to our children. #KhabarLive

Ground Report: Media Thrashed By Cops As Crowds Swell Up At...

A Fatal Blow To The Indian Judiciary