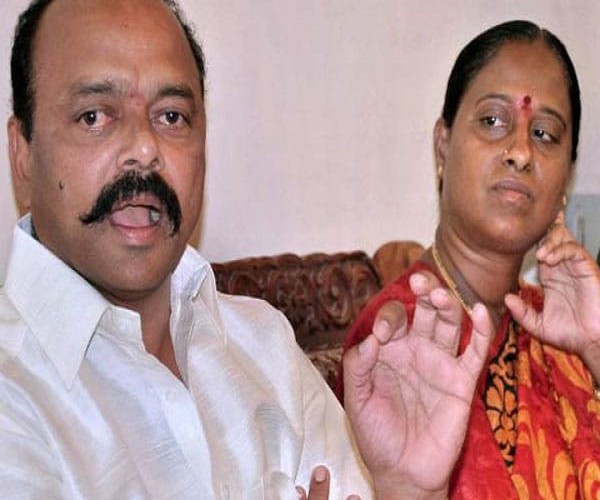 TRS fire-brand leader, Warangal East ex MLA Konda Surekha, a firebrand lady, once again raised the banner of revolt against KCR and wrote an open letter to him levelling allegations of ‘greedy family rule’ and indifference to the long term interests of Telangana people’s welfare.

She was angry and unhappy over KCR not giving MLA ticket for her in the first list. She was also disappointed that KCR was giving recognition only to MLA Erraballi Dayakar Rao and other leaders but not the Konda family.

Surekha said that KCR’s main and only agenda in the coming 2019 elections was to make KTR the chief minister of Telangana and, to make this possible, KCR was systematically targetting all the true workers and leaders of TRS. The arrogance of KCR reached such heights that he did not care to realise the problems of AP and never cooperated with Chief Minister N. Chandrababu Naidu, she said.

Threatening to expose the anti-backward classes stance of KCR and TRS leadership, Surekha said that her long time political family would wait for some more time for KCR and KTR to make changes suitably to correct their mistakes. She asserted that she would not keep silent if the TRS leadership continued to do injustice to her.

It is too early to say whether Surekha family will damage electoral prospects of TRS in the state in any measure. But her public outbursts and open allegations would go far and wide in every nook and corner of the state which would be of some inconvenience to KCR.

But true to his track record, KCR is a thorough-bred unconventional politician who says one thing now and does exactly the opposite the next moment. Regardless of his sudden twists and turns in his political strategies, KCR had shown to the world how he made sure that Telangana was formed and that he became CM by outwitting Congress leaders in 2014 elections.

Coming from Congress background, Konda Surekha family and such leaders were still following strong-arm tactics in protecting their electoral interests. In a regional but strong party like TRS, the leader is ultimate and cannot be questioned at any cost. #KhabarLive

Why Political Parties In Telangana ‘Bribing Voters’ Through Manifestos?