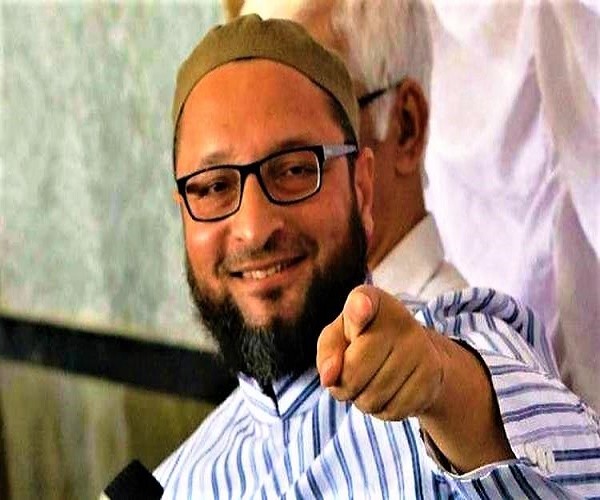 The All India Majlis-E-Ittehadul Muslimeen (AIMIM) is all set to spread its political clout in Telangana and has geared up to contest outside its bastion: the old city area of Hyderabad.

The party has already renominated its seven sitting candidates in its first list and aspirants from the unannounced constituencies are expecting another list shortly.

The AIMIM, led by Hyderabad MP Asaduddin Owaisi, has a strong presence in Hyderabad and even managed to win two seats in Maharashtra.

In the upcoming polls, AIMIM is now eyeing other seats in the city including Amberpet, Jubilee Hills, Musheerabad, Rajendranagar, Secunderabad and Uppal besides areas like Maheshwaram and Nizamabad Urban in Telangana.

While it was unsuccessful in its attempts in 2014 to win the seats it contested from, the AIMIM is not dissuaded and is planning to contest several of these seats again. However, it will face stiff competition from most parties including the ruling Telangana Rashtra Samithi (TRS).

While the state’s caretaker Chief Minister K Chandrasekhar Rao has repeatedly emphasized that the AIMIM is a friendly party, this does not mean that the candidates of the two parties will not go head to head.

Speaking in the Assembly last year, KCR said that Muslims constituted 12.5% of the total population in Telangana, of which a large majority were residing in Hyderabad.

While AIMIM’s core vote bank continues to be Muslims in Hyderabad’s old city, it has not exclusively been constrained to them. The party has fielded Hindu and Christian candidates in the past and may plan to do the same this time around.

It would seem that the AIMIM, while it knows its base, wants to shed the image of the ‘old city party’ and attempt to score more seats outside its stronghold.

According to EC data, the AIMIM contested a total of 20 seats in Telangana and managed to win seven.

Despite the TRS’ victory in the state, AIMIM’s Mir Majaz Ali Shaik in Nizamabad Urban and Naveen Yadav in Jubilee Hills constituency had actually managed to bag the second position during the elections.

The party had also fielded Sudhakar Dharanikota in Malkajgiri, a key constituency in Secunderabad, Vikram Gounti from Ibrahimpatnam, James Sylvester from the Secunderabad seat, Guahti Motilal from Bhongir and Mulinti Chandra Sekhar from Alur but failed to wield results.

The AIMIM also hopes that by fielding candidates from TDP and Congress strongholds, it can split the votes, making it more difficult for non-friendly parties to win.

Candidates hopeful
Sources in the party suggest that the AIMIM would release a second list shortly and many candidates are hopeful that they will be accommodated accordingly.

One such seat which the AIMIM would be keenly looking at is the Jubilee Hills constituency. The posh upper-class area in the city hosts sprawling bungalows, generally owned by politicians, businessmen and people in the film industry. However, it also accommodates several slum dwellers.

Naveen Yadav from the AIMIM had in the 2014 polls lost to Maganti Gopinath of the TDP by a margin of 9,242 votes.

Speaking to #KhabarLive, Naveen Yadav, who is expecting the same ticket again, said that the party was feeling positive that they would win the seat this time.

“Last time, there was a tie-up between the TDP and BJP which gave an advantage to the TDP candidate. This time, things have changed and we will definitely win,” he says.

While Mir Majaz Ali managed to secure nearly 23% of the votes in Nizamabad Urban in 2014 against TRS’s Bigala Ganesh Gupta, beating the Congress and the BJP, he could not be contacted despite repeated attempts by #KhabarLive.

Naliganti Sharat, who wants to take on one of BJP’s tallest leaders in the state and incumbent MLA G Kishan Reddy, is also hopeful that he will get the ticket in the second list.

Speaking to #KhabarLive, Naliganti said, “I’m hopeful that the party leadership would decide to accommodate me in the Amberpet constituency. This time, we will definitely defeat the BJP.”

“He (Reddy) won thrice from Amberpet. What change has he brought? There is a lack of education among the Dalits and minorities in the bastis and he has not provided any employment even to those who have managed to study. I will work towards the upliftment of the poor and addressing local problems,” he added.

While the aspirants are certain that their party would take a decision to field the candidates in the areas where the party has considerably done well in 2014, the AIMIM leadership is yet to make any official statement on that regard.

However, internally, the party has already begun making its move and finalizing candidates and is awaiting a list of candidates from the ‘Mahakutami’ or grand alliance in the state, with opposition parties the Congress, the Telugu Desam Party (TDP), Telangana Jana Samithi (TJS) and CPI coming together.

Speaking to #KhabarLive, a senior AIMIM leader said, “We have adopted a wait-and-watch strategy. Like the TRS announced all its sitting candidates, we too did the same. There will be a second list but we will announce it once other parties also announce their candidates.” #KhabarLive

Why Are Ministers Defending RSS Chief Bhagwat’s Remarks – And Is...