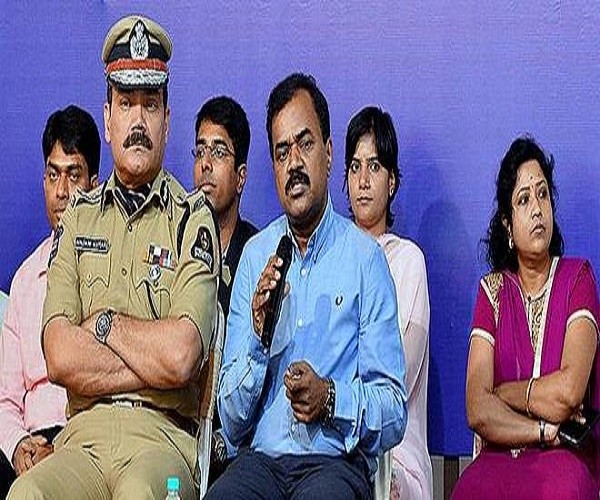 Arrangements made for live webcasting at all the 3,873 polling stations. GHMC Commissioner and District Election Officer of Hyderabad, M. Dana Kishore announced complete preparedness on GHMC’s part, for conducting elections in the city on December 7.

The hours of poll will be from 7 a.m. to 5 p.m., and the voters may carry any of the 12 specified documents for proving his/her identity in case he or she does not have EPIC.

A total of 40,57,488 voters from 15 constituencies of core city will have a chance to decide the fate of the respective candidates in the fray. Of them, 1,91,510 voters are new enrolments, though not necessarily first-time voters. They have been distributed their Electoral Photo Identity Cards (EPICs) in colour, and also photo voter slips with details of polling station printed overleaf, have been distributed to all voters, Mr. Dana Kishore informed.

Control units numbering 4,468, and 8,574 ballot units, besides 4,861 Voter Verifiable Paper Audit Trail machines have been kept ready after first-level randomisation and allotted to the returning officers of the respective constituencies. The ROs, in their turn, completed the second level randomisation and commissioning of the EVMs and stored them away in strong rooms under tight security.

The Chief Electoral Officer has additionally allotted 2,769 ballot units from the Bharat Electronics Limited, Bengaluru, for which first randomisation has been completed.

18,042 persons with disabilities have been enrolled and mapped for providing assistance to exercise their franchise.

Teams constituted to implement model code of conduct have so far seized close to ₹23.82 lakh cash and nearly 1635 litres of liquor worth ₹2.91 lakh, besides drugs and narcotics worth ₹2.95 lakh and gold/silver bars of worth ₹1.81 crore.

Three case for loudspeaker violation, 12 for illegal meetings or speeches, three for distribution of inducements and 95 others have been filed.

Close to 20,000 employees have been deputed for election duty in the city. All the returning officers and nodal officers have been provided with walkie-talkie sets for fast and efficient communication.

Documents valid in absence of EPIC:

Prohibitory orders in State for 48 hours
All is set to bring the curtain down on the high voltage campaign witnessed across the State on Wednesday evening marking the culmination of the crucial phase in the run-up to the Assembly elections.

The close to three-month electioneering started with Chief Minister K. Chandrasekhar Rao dissolving the Assembly and opting for advanced election on September 6.

The Chief Minister simultaneously announced his party’s candidates for 106 constituencies, retaining majority members of the previous Assembly and wresting the first mover advantage.

The TRS campaign which was sedate in the beginning picked up momentum with KCR conducting whirlwind tours spanning the length and breadth of the State addressing public meetings in almost half-a-dozen constituencies every day.It took some time for the opposition to firm its stand on taking on the TRS which announced a spree of welfare schemes, covering major section of the population.

After a series of discussions spanning a few weeks, major opposition parties -the Congress, TDP, CPI and M. Kodandaram’s Telangana Jana Samiti- joined forces in the form of Praja Kutami, people’s alliance, and launched their campaign in the right earnest. The BJP decided to contest in almost all the 119 constituencies on its own while the CPI (Marxist) roped in smaller independent parties to form Bahujan Left Front which too has fielded its candidates from more than 100 constituencies.

Congress president Rahul Gandhi and TDP president N. Chandrababu Naidu organised road shows on behalf of the alliance while the BJP’s campaign was led by Prime Minister Narendra Modi and the party president Amit Shah. Several Union ministers including Rajnath Singh, Nitin Gadkari and Sushma Swaraj, Chief Ministers of the BJP-ruled Maharashtra, Madhya Pradesh and other States participated in the electioneering on behalf of party candidates.

Intense campaign was witnessed over the past fortnight with several central leaders from the ruling BJP and the Congress taking part in the electioneering. The high voltage campaign saw the leaders of the ruling and opposition showering spree of assurances on the electors if their respective parties were voted to power in the State which is set for its first election after bifurcation. The campaign also saw the enforcement authorities seizing huge amount of cash close to ₹100 crore and six lakh litres of liquor besides goodies like gold and silver kept for distribution among voters.

ALSO READ:  India’s Engineering Graduates Have Loans To Pay But No Jobs – But Who Is Clearing Their Debt?

With the closing day for the campaign approaching fast, the election authorities have imposed prohibitory orders for 48 hours across the State from 5 pm on Wednesday till the completion of voting at 5 pm on Friday while they would be in force in 13 Left-wing extremist affected constituencies from 4 pm on Wednesday till 4 pm on Friday. Conduct of public meetings or gatherings of the people will be prohibited during the 48-hour period while restrictions would be enforced on display of election matter through cinemas, television and other media.

Release of opinion polls and other election related matter would be strictly prohibited during the period. People who act in contravention of rules are punishable with imprisonment which could extend to two years or fine or both. The district election officers had been asked to ensure strict implementation of provisions under the Representation of the People Act, 1951, and ensure that no election campaign was allowed during the 48-hour period till the closure of voting. #KhabarLive

Why Telangana CM KCR Wants To Play A Key Role In...