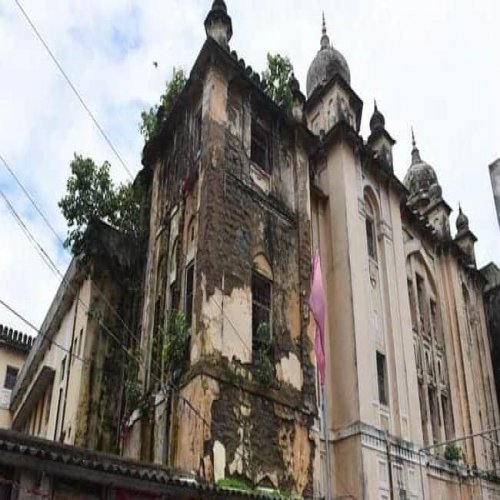 After overcoming all legal hurdles in the Supreme Court and the state high court on the demolition of state secretariat buildings, the Telangana government led by chief minister K Chandrasekhar Rao has set his eyes on the demolition of the century-old Osmania General Hospital.

KCR government ordered the closure of the Osmania General Hospital, taking advantage of the recent inundation of the hospital building with rain and sewerage water.

Orders to this effect were issued by Director of Medical Education K Ramesh Reddy to the hospital superintendent. Reddy asked the hospital authorities to immediately vacate the building and shift the patients to other adjacent blocks.

The DME ordered that the old building be closed and sealed under intimation to his office. He said no activity be undertaken in the building hereafter.“ Any deviation from the above instructions will be viewed seriously,” Reddy said in the order.

In fact, even before the written order was given, the authorities started the process of shifting the patients and offices of the doctors in the OGH buildings to other buildings on the ground that the hospital building has become dilapidated and is crumbling and they cannot take any risk in continuing the hospital.

In 2015, too, KCR announced a plan to demolish the OGH building but dropped the plan, after it kicked up protests from heritage activists.

On the other hand, this hospital got the global recognition as early as in the 1890s for the Hyderabad Chloroform Commissions, to now being sealed for danger of crumbling down, the Osmania General Hospital has come a long way.

One of the oldest hospitals in the country and first set up as the Afzalgunj Hospital in 1866 by the First Salarjung Thurba Ali Khan, the then Prime Minister, on the northern bank of River Musi, OGH turned a major chapter in its history as the government, considering the precarious condition of the old building in one part of the hospital, vacated it and decided to seal it.

ALSO READ:  India Healthcare And Medicare - 'Geting Rich At The Cost Of Sick'

After earning popularity for the Chloroform Commissions in the 1890s, the Afzalgunj Hospital was partially damaged in the 1908 Musi floods. It was then reconstructed to accommodate 500 inpatients, among the largest hospitals in the country at that time, in 1919 on orders of the last Nizam of Hyderabad, Mir Osman Ali Khan. It was designed by British architect Vincent Jerome Esch and Nawab Khan Bahadur Mirza Akbar Baig in Indo-Saracenic style.

According to available information, this was the first hospital in the world to use what came to be known as the Hyderabad Chloroform cap devised by Dr Edward Lawrie, who was the principal of the Hyderabad Medical School and Superintendent of Afzalgunj Hospital.

Things have not been not quite healthy for the hospital, with the strength of the heritage building starting to wane from the early 90s itself, with reports on the building’s precarious condition, collapsing roof-plaster and so on becoming quite regular even in the early 2000s. With the complaints getting frequent, a team of experts from the JNTU were asked to examine the structural stability of the building in 2015-16. Their findings confirmed the worst fears, of the building being on its last legs, with the team also noting that even if repairs were done, they would help the building for not more than five years. #KhabarLive #hydnews