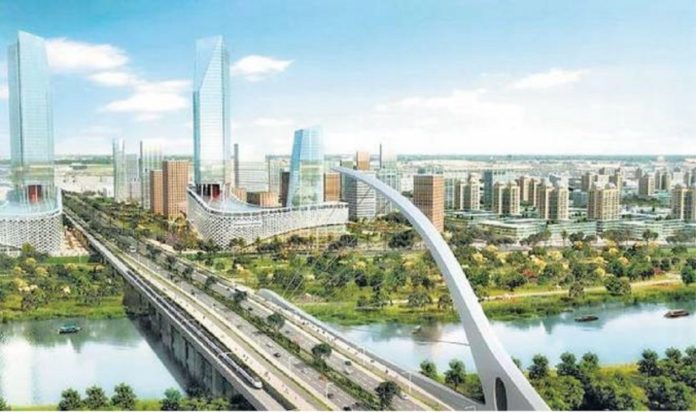 Chandrababu Naidu asked people to donate e-bricks, each costing Rs 10, for construction of Amaravati. The challenge now is to turn virtual reality into reality. 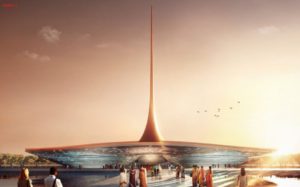 The rejected initial design for the assembly building, which looked like an atomic reactor. Photo from Andhra Pradesh government.
In his first innings as chief minister, Naidu enjoyed the tag of ‘CEO of AP Inc.’ — something that fawning industrialists bestowed on him. Naidu 2.0 wants to better that and go down in history as the visionary creator, not merely as an efficient manager, of Amaravati. But with little money coming from New Delhi to fund Naidu’s Neverland, it risks becoming a fictional faraway dream.

But the Sivaramakrishnan committee, appointed by the central government in 2014 to suggest where the new capital of Andhra could come up, had recommended a decentralised capital, instead of one omnibus centre. But Naidu chose to ignore its suggestions. He is committing the same blunder he made in Hyderabad when he was chief minister between 1995 and 2004 — ie., to develop only Hyderabad, ignoring other urban clusters in Andhra. 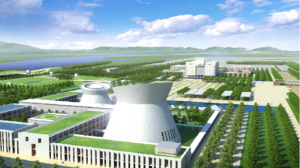 Despite KCR’s ‘Regular Daily Water’ Promise – ‘They Still Struggle For...