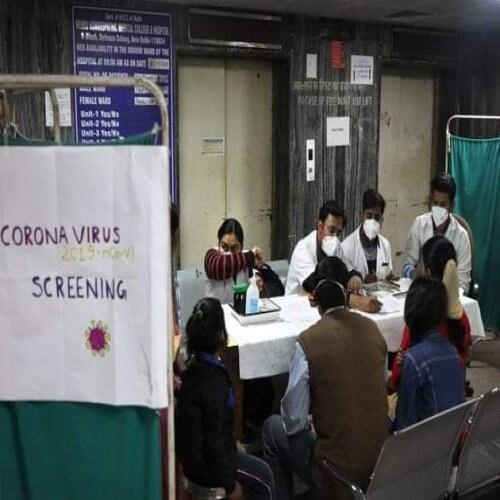 Telangana Health department declared Nineteen doctors out of 25 who were placed on quarantine in Hyderabad after coming in contact with a three-year-old boy infected with novel coronavirus, tested negative for COVID-19. The test results of the remaining six are awaited.

In one more pointer to the vulnerability of frontline medical professionals tackling the COVID-19 outbreak in India, the 25 doctors—including nine faculty members—from the city’s Niloufer Hospital for Women and Children were placed on home quarantine on March 31.

The same day, doctors from this hospital had staged a silent protest demanding that the state government provide them protective gear.

India has reported more than 1,600 COVID-19 cases so far, and 38 people have died. Scientists have said that the virus follows an exponential growth pattern, which means that with every passing day, it infects more and more people rapidly.

Doctors, nurses and other workers at the frontline of India’s fight against the highly infectious disease are facing multiple challenges including a shortage of protective gear, stigma from neighbours and even physical attacks.

On Wednesday evening, relatives of a patient who was under treatment in Gandhi hospital—a government-run quarantine hospital in Hyderabad—attacked two doctors and a security guard who were on call at the facility. The incident occurred after the patient, who has been under treatment for four days at the hospital, died of cardiac arrest at 5.30 pm. Three relatives of the patient who are also admitted at the facility after being tested positive for the virus allegedly attacked the staff doctors, accusing them of negligence.

“The patient’s condition had been deteriorating over the past four days because of comorbidities including diabetes. We have been counselling the relatives of the risks all the while. But when he died they attacked us,” said a doctor who was present at the scene.

One of the doctors who is currently on home quarantine told #KhabarLive that even though the first test has turned up negative results, they cannot treat patients for at least 21 days.

“This has come when there is shortage for doctors in the state,” said the doctor. The nine faculty members have tested negative. The results of four residents and two interns are yet to be released.

Though relieved by the news, the doctors said that the threat is not yet over. “Some of us have developed mild symptoms and are worried that the second mandatory test will turnout positive,” said a doctor who had treated the child.

The doctors in Hyderabad were placed on quarantine just a day after 14 doctors in Delhi’s Ram Manohar Lohia hospital were quarantined after they were exposed to a patient infected by the novel coronavirus. In a similar incident, in Bhilwara, Rajasthan, a doctor had tested positive for Covid-19 on March 19. Following this, a total of 15 medical professionals in Bhilwara tested positive for the virus.

#KhabarLive reported that nine doctors were placed under quarantine in Nagpur’s biggest hospital after a patient, who later tested positive, hid his medical history.

The doctors in Hyderabad said that Telangana will find it difficult to tackle community transmission of the disease because there is a deficit of personal protective equipment (PPE).

“The three-year-old had no travel history nor direct contact with anyone with foreign travel history. This means that community transmission has taken place and we are not equipped to deal with it because we do not have enough PPE,” a quarantined doctor said.

The boy, who had undergone surgery in Niloufer for lymphoproliferative disorder in the last week of February, had low immunity because of which he contracted the disease, the doctor said. When the child was admitted for the second time in the hospital on March 25, no doctor suspected that he had coronavirus infection. “For three days we treated the child without protective gear. After he developed cough and cold, a senior doctor asked for a Covid-19 test and the child tested positive on March 29,” another doctor said.

The three-year-old is now linked to the Tablighi Jamaat coronavirus-affected cluster. He is under treatment in Gandhi Hospital in Hyderabad along with his mother. The family of the child were also tested for Covid-19, and test results are awaited.

In Telangana, the state government has been maintaining that community transmission of the disease has not taken place yet. On April 1, the health department issued a statement saying the government has traced most of the members from the Nizamuddin cluster. A total of 1,030 people had attended the event from the state of which all except 160 are traced, a media bulletin issued by Telangana health department said. #KhabarLive

Will ‘Water Issues’ Impact The Election Results In India?