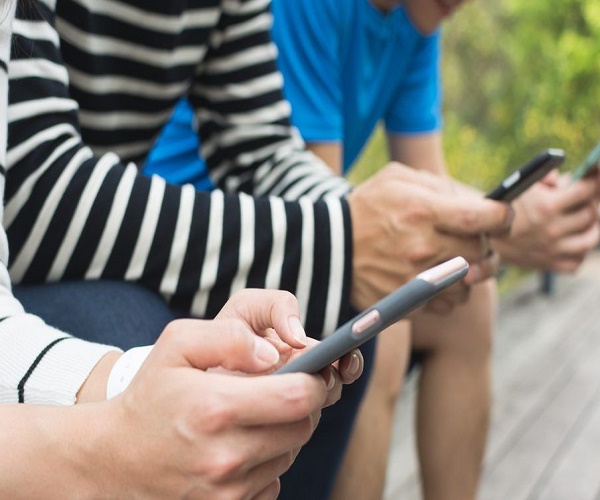 It’s official: Indians use their phones a lot. In fact, Indians are among the largest consumers of mobile data; there were about 389 million mobile internet users in December 2016. In February 2017 alone, Indians accessed the internet through their mobiles nearly 80% of the time. At the end of the day, Indians rely on their phones for pretty much everything.

The average urban Indian depends on mobile internet for the latest news, buying groceries, calling cabs, booking holidays, reserving movie tickets, accessing entertainment from around the world and, of course, keeping in touch with friends via messaging apps and social media.

According to a the Deloitte Mobile Consumer Survey 2016, Indian smartphone consumers are using more mobile data and less WiFi. The study cites the penetration of mobile data, especially 3G and 4G, as an important driver of this trend. In fact, India is trying to leapfrog directly to mass mobile internet. Service providers have boosted the trend by introducing more affordable mobile plans that make affordable mass mobile internet a reality.

It wasn’t long ago that the average Indian would use their mobile phones for little more than making calls. Debashish Roy, a market research professional, likens the mobile internet revolution to the invention of the wheel. He’s almost 40, and got his first mobile phone when he was 23. He recalls the time when he’d have to be at a particular place, such as a library, to access different news perspectives. Now, he consumes news on the go on a variety of mobile news apps.

Tanaya Navalkar has, in fact, almost stopped reading newspapers. She was a relatively early adopter of technology, consuming news through aggregators on the internet 15 years ago. She now relies entirely on her phone and her collection of apps to stay updated on important global and local news. The Indian Readership Survey (IRS) 2017, reports that 40 million Indians consume news online, a figure it attributes to the 12% rise in mobile phone ownership over the past three years.

Online news is just one example of how Indians spend time on their phones. Music, movies, and games are all being consumed online. Along with social media, entertainment apps account for about 70% of Indians’ time spent on mobile internet, significantly higher than the share of time spent in countries like the US, according to an Omidyar Network study.

Consumers like Tanaya find it refreshing not to have to fight for the TV remote anymore, rely on TV reruns of favourite episodes, or wait for local theatres to screen a much-anticipated movie. She is comfortable streaming content from a variety of OTT platforms, and doesn’t miss the process of discovering content on TV either; she has her social media feed for that. She says she can’t quantify how much video content is streamed on her phone each day, but she’s part of the 17% of the population that uses mobile phones extensively for video consumption.

But entertainment isn’t the only way Indians are spending time on phones: Over 60% of Indian shoppers shop five times a month or more using mobile shopping apps. Debashish considers himself an avid online shopper. He prefers the ease of shopping on his phone compared to spending energy and time shopping in physical stores. Plenty of people share his sentiment: In the Criteo study, 40% Indian respondents cited convenience as a key reason for downloading an e-commerce app. Range and availability of products, product recommendations, and flexible paying options and return policies are other reasons driving the widespread adoption of mobile shopping apps.

Communication is still an essential part of the mobile phone’s job, though. Tasks once conducted solely over the mobile network or the SIM card (such as SMS) are now being accomplished over mobile data as well. According to the Deloitte Survey cited earlier, the usage frequency of communication services is increasing among Indian mobile data users, with instant messaging (74%), social networking (64%), and e-mail (63%) seeing the highest growth.

Indians who have seen the introduction and rise of mobile data can attest to the falling costs over the years. Tanaya no longer feels the need to switch off her mobile data when she sleeps, and Debashish remembers the “irrational times” of incoming call charges. Indeed, the days of scrimping and saving mobile data are mostly over.

Airtel’s Rs. 499 is an excellent option for those looking to explore the far corners of the internet. The 3G/4G data comes with rollover feature so that no amount of data remains unused. Built into the plan is handset damage protection. Airtel’s postpaid plans go a step ahead and provide access to entertainment too. Additional benefits of the plan include access to Wynk Music and live TV and music on the My Airtel App. To know more about the benefits of the Rs 499 plan, and other Airtel postpaid plans, click here.