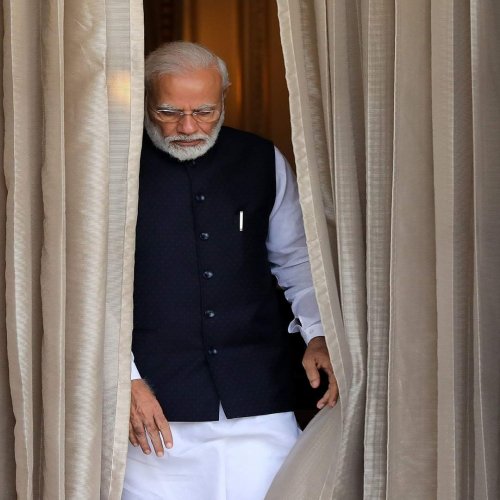 As India emerges as one of the global hot spots of coronavirus and the health-care system starts to collapse under the strain, it’s hard to believe that many considered the virus under control when Prime Minister Narendra Modi announced a nationwide lockdown in March. But many more also warned this could happen.

Cases are on the rise as the country partially reopens in the face of increasing starvation and an unprecedented shock to the economy (the lockdown was implemented without any planning or assistance for India’s most vulnerable, including the many migrant workers). India now has more than 440,000 cases, the fourth highest in the world after Russia, Brazil and the United States. So far, covid-19 has claimed over 14,000 lives, with many deaths of patients below 50 years old.

In recent months I’ve traveled across different states to report and deliver needed aid. Even as a seasoned reporter, I’ve been alarmed at the inability of our crippling and underfunded health-care system to help the poorest citizens.

At the King Edward Memorial Hospital in south Mumbai I met desperate families whose relatives were refused admission due to lack of beds and ventilators. The local government body is struggling with low oxygen pressure in most hospitals. A doctor at KEM government hospital told me while scrambling across hospital floors that he was missing essentials for treatment. “There are patients with acute respiratory disorders, but our wards in the hospital are not equipped with oxygen,” said the doctor, who did not wish to be named for fear of disciplinary action. “On many occasions the oxygen support is inadequate and we have lost patients who could not be shifted to other hospitals post a drop in oxygen pressure.”

ALSO READ:  Are You Aware About 'Bottled Water Riddled With Microplastics', A New Research Reveal

The pandemic has brutally exposed the class and caste lines that determine who gets basic health care and testing. In Dhule, in Maharashtra state, I met a seven-months-pregnant woman who was turned away at a local hospital after having walked 37 miles barefoot because she could not afford the medical fees. The woman, Sulakshana, who works in a stone quarry, had only eaten one meal in two days and had been experiencing covid-like symptoms.

In the midst of so many injustices, the government operates with a dangerous lack of transparency and accountability.

With much fanfare, Modi launched a nationwide relief drive in March called PM Cares, which received $1.27 billion in donations from individuals, matched by government agencies. Now the government has absolved itself of providing any details of the expenditure and is refusing to audit the funds.

It’s all been part of a performance. Just as migrants and slum-dwellers in India marched barefoot in scorching sun to reach their homes in the face of starvation after the sudden and poorly planned lockdown, Modi asked citizens to bang pots and ring bells from their balconies to celebrate our dealing with the pandemic. But the loud sound of the celebration of the Indian middle class could not silence the anguish of the poor, who mocked the indifference of the Indian elite.

In a village on the Maharashtra-Gujarat border I met Ajay and Samadhan Dalvi, two brothers who are engineering and computer professionals. The brothers belong to the lower caste, and as the economy worsened they eventually had to work as stone-crushers at local construction sites. They also told me their family had had to resort to begging. “This lockdown has crushed our pride, our self-esteem; we have been forced to beg,” Ajay said.

In Kalegaon, a tribal woman told me the local government had promised her $10 a month for her family, but even that has not reached them. On the day I met her, she was still feeding her family rice starch that she cooked two days ago.

Now New Delhi has recorded the highest number of cases, at more than 62,000. But with most news cameras focused on the response in the city, people in villages and other rural areas that make up the majority of the Indian population are being ignored.

Shakeel Ahmed, a doctor in a village in eastern Uttar Pradesh, told me that most patients who come to him with symptoms of covid-19 are not being tested because there are no kits available. “Many patients are now eating medication meant for tuberculosis given by doctors who are not certified. These doctors charge less than a dollar and with no awareness, patients are prospectively killing themselves,” Ahmed said.

As with each case of sickness, the economic pain also seems to be spreading and is being felt more widespread. In many of the places I visited in the past couple of months, my vehicle — carrying food and other aid — was followed by desperate people, a devastating sight.

Now the government is trying to deal with the aftermath of a deadly military attack near the border with China, high in the Himalayas. It’s a return to big-power competition, and many are calling for India to assert its authority.

But we are already losing the battle against covid-19 and that’s where the world’s attention should be placed. Indian sociologist and writer Pratap Bhanu Mehta recently wrote that “India is heading into uncharted waters with no leadership at helm, just the simulacra of one.”

Modi has now joined the disastrous ranks of populists like President Trump and Brazil’s Jair Bolsonaro, who have displayed an extreme lack of empathy and repressed critical voices to further their own political interests during the pandemic. Modi is leading a population of 1.3 billion into an uncertain future that could slide India’s democracy further into darkness as the novel coronavirus strengthens its grip on us. The world needs to acknowledge the depth of the crisis in India before it is too late. #KhabarLive #hydnews