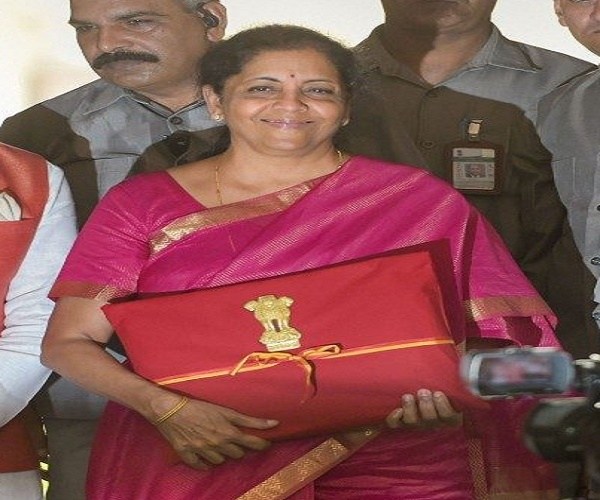 This year, the new FM Nirmala Sitharaman’s tricky fiscal balancing act comes from the need to expand last-mile welfare measures at a time when growth isn’t exactly booming.The one thing finance minister Nirmala Sitaraman must do in her budget statement is to be transparent and upfront about the actual borrowings by the government.

In 2018-19, the Food Corporation of India (FCI) borrowed at least Rs 1,00,000 crore to meet the cost of Centre’s food procurement program. Similarly, the National Highway Authority of India has borrowed on behalf of the Centre to build roads. Public sector oil companies and electricity utilities have borrowed on the Centre’s account to deliver subsidies to the poor, whether in the Ujwala gas cylinder scheme or building last mile electricity infrastructure.

Interestingly, the BJP-led NDA government has formalised this arrangement by making public sector undertakings (PSUs) and other public utilities borrow heavily on behalf of the government so that the debt remains on the PSU’s balance sheet and out of the Centre’s budgeting. The Centre has even agreed to service such debt by paying the interest on such borrowings by the PSUs.

In 2014, after Narendra Modi became prime minister, finance minister Arun Jaitley had loudly protested in Parliament that the UPA had passed on a lot of unpaid subsidies to the NDA by way of debt taken by the same entities like the Food Corporation of India and oil PSUs who had been handed government bonds in lieu of subsidy payments. Ironically, what the UPA did to the NDA is now being done by the NDA to itself. Nirmala Sithraman can rightly ask Jaitley the questions that Jaitley had asked P Chidambaram.

Therefore, Budget 2019 offers the chance to start a clean slate and be upfront about total public borrowings taken to fund the Centre’s programmes.

In a recent meeting of the monetary policy committee of the Reserve Bank of India (RBI), Viral Acharya, who later resigned as deputy governor, warned that the off-balance sheet borrowings by the Centre and states have taken total government borrowings to 8-9% of GDP. Acharya warned this is now at a level which existed in 2013, at the time of the “taper tantrum” crisis.

In fact, if one takes the total borrowings of Centre and States at 9% of GDP, the Centre will account for at least 5% of GDP. This is way more than fiscal deficit target of 3.4% of GDP that is being projected in the revised estimate of the Centre’s 2018-19 interim budget. The extra borrowings have happened partly because there has been a massive revenue shortfall (about 1.5% of GDP) due sluggish direct tax and GST collections.

By invoking the 2013 crisis, when India faced many macroeconomic challenges, Viral Acharya sought to warn New Delhi that it should not delude itself into believing that its fisc is on track. He has argued that public sector borrowing requirements have risen since 2014, even during high GDP growth years, which shows a general structural pattern of increased government expenditure to boost aggregate demand

Boosting aggregate demand via public expenditure by itself may not be a bad thing in the absence of private investment. One is merely arguing that the government needs to be transparent about the additional spending it does through PSU borrowings. Hiding borrowings in PSU balance sheets does not make them go away.

As for Acharya’s characterization that the 2019 macro economic situation could deteriorate to look like the one in 2013, one would like to make a few qualifications: we don’t have high inflation and high current account deficit today even if fiscal deficit is out of line. Also the “taper tantrum” fears were caused by the possibility of Federal Reserve rolling back its easy money policy but today the opposite is being speculated – that the Fed may pause its tightening cycle. This could be to India’s advantage.

Overall, Narendra Modi’s political economy objectives are clearly committed to a substantial widening of many of the current welfare programmes which have contributed greatly to BJP’s big mandate at the 2019 Lok Sabha polls. In that sense, the BJP is already in the process of substantially expanding the welfare state even if growth takes time to recover. Whether it is Ayushman Bharat, PM Kisan, delivery of subsidized low cost housing or enhancing existing irrigation or drinking water programmes, these are all committed programmes where funding will only increase manifold. The prime minister recently said his government will continue to grow the welfare state but also emphasized the need to “modernize the economy” at the same time.

What he is essentially saying is growth must necessarily happen alongside welfare spending.

This will be the biggest challenge for Nirmala Sitaraman — the need to push for growth at a time when welfare spending is expanding at a rapid clip. Traditional economic literature suggests very high welfare spending driven by government borrowings could crowd out private investment and stoke inflation instead of boosting growth. But equally there is the possibility that government welfare spending done in innovative ways can actually boost growth.

For instance there are several sectors of the economy where the demand for goods and services substantially exceeds supply. In these sectors, government spending can actually crowd in private investments. Some of these sectors could be health care services, low cost housing, higher education, agro processing etc. These sectors can also generate new employment.

The consumption slowdown is also a function of the stagnation in rural wages caused by demonetization and agriculture distress. The government continues to be in denial mode about how a battered informal economy has led to rising unemployment and declining consumption.

The budget would do well to recognize this before providing appropriate redress.

The other big challenge for the finance minister is to deal with the deepening banking crisis that spilled over from commercial lenders during NDA’s first term to now non-banking financial companies such as IL&FS, DHFL, Reliance Capital and so on.

The BJP government can no longer claim that is grappling with what the UPA left behind as it enters its second term. You cannot drive economic growth unless banks and NBFCs start lending for investment and consumption in the economy. Banks need fresh capital infusion as more and more loan write-offs erode capital. Banks still need about Rs 3 lakh crore of capital to be able to start lending normally. In a recent presentation at Stanford University, former RBI Governor Urjit Patel has said the current capital adequacy in Indian government banks is overstated if one goes by the level of net NPAs. This means banks need much more capital. Where will this capital come from?

The government is low on resources, Earlier the finance ministry had controversially proposed dipping into RBI’s reserves to capitalise banks. This effort persists. The Bimal Jalan committee, which has gone into how much of the RBI surpluses the Centre can claim, is believed to have made very conservative recommendations which have disappointed finance ministry officials on the committee. The finance secretary has even gone to the extent of submitting a dissent note.

It is therefore unlikely that the finance ministry will be able to grab Rs 3 to 4 lakh crore from the RBI anytime soon. This makes Niramala Sitaraman’s fiscal balancing act that much more tricky.