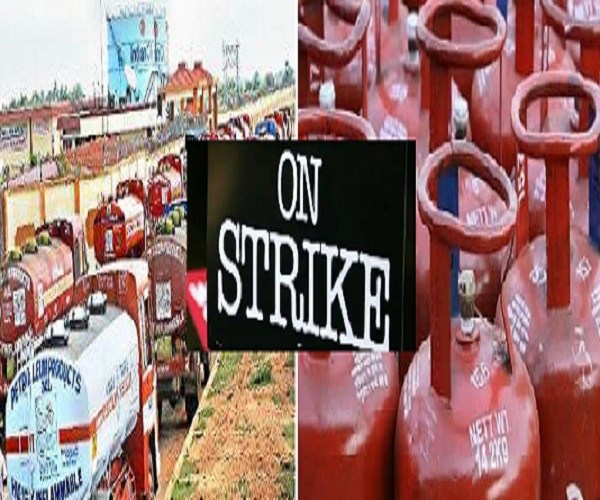 Telangana consumers of Cooking gas cylinder users may face some issues in the coming days due to Liquified Petroleum Gas (LPG) tankers going on indefinite strike from July 1 onwards.

According to reports, LPG tankers of the Southern Region Bulk LPG Transport Owners’ Association have announced a strike from July 1 over new job order issues. Of the 5,500 LPG tankers affiliated with the association, only 4,800 tankers have been given job orders as per the new tender issued in 2018.

The strike which will affect tanker movement in the six southern states – Tamil Nadu, Karnataka, Kerala, Telangana, Andhra Pradesh and Puducherry – is over the fact that the multiple requests to oil companies to give job orders to remaining tankers went unheard. Since these tankers are customised to run only in the LPG transportation business, the tanker owners are losing their livelihood due to lack of business, reported The Hindu.

The strike will suspend the movement of LPG from oil refineries to the bottling plants where gas is filled into cylinders. These cylinders are then supplied to the consumers. However, the strike will not show any immediate effect on the stock of cylinders in the market since most of the bottling plants are operating at full capacity and there are vehicles with around 2,000 tonnes of LPG already loaded into them in transit. These vehicles will not be stopped either.

The three major oil companies in India – Indian Oil Corporation, Bharat Petroleum and Hindustan Petroleum – had approached the Madras High Court a few days ago against the strike proposed by the tanker association.

The companies had sought the court to direct the Tamil Nadu Commissioner of Civil Supplies and the Director General of Police to take steps to ensure uninterrupted supply of cooking gas under the Essential Commodities Act. The companies had also claimed that the strike was illegal and that the demands of the tanker associations were unlawful. #KhabarLivce