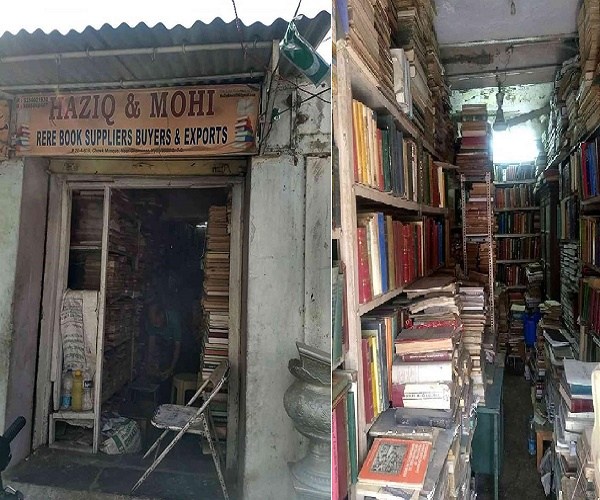 Located in a by-lane in Hyderabad’s congested Murgi Chowk, a little off the main road, is a modest sign in orange with maroon lettering, announcing the presence of Haziq and Mohi. The shopfront is old and dilapidated, and is surrounded by other equally ramshackle stores, most of which manufacture cheap touristy souvenirs. There is little to suggest that within Haziq and Mohi lies a treasure trove of rare books in Urdu, Arabic and Persian that attract scholars and historians.

Started more than half a century ago by Ahmed Bin Mohammed Bafanna, Haziq and Mohi today houses thousands of books. Most of them are decades, if not centuries, old, and cover an eclectic variety of subjects: from history and philosophy to mysticism, religion, medicine, Islamic art and architecture. In one corner of this dusty store can be found old census reports of Hyderabad, and in another corner, rare Persian, Arabic and Urdu dictionaries. 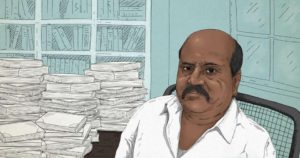 “You cannot get reliable rare books on the internet,” said city historian Sajjad Shahid. “I was looking for the works of the Raja of Domakonda, Rajeshwar Rao, who published over 100 books on Urdu and Persian poetry. After searching far and wide, my quest ended at Haziq and Mohi. Similarly, for books in eclectic categories like mysticism or rare diwans or poets, there are no sources. I couldn’t even find books authored by Maharaja Kishen Pershad, the former prime minister of Hyderabad, anywhere else in the city but at Haziq’s, which underlines its unique position.”

The founder of Haziq and Mohi, Ahmed Bafanna, was an avid reader who inherited a large collection of books from his grandfather, Salim Bin Ali Bafanna. To ensure that these books go to the right people, he started the bookstore and named it after a famous pir or Sufi master. The Chowk area, in which it was established, was one of Hyderabad’s oldest book markets, and finds a mention in the book Glimpses of Nizam’s Dominion written in 1896 by A Claude Campbell. 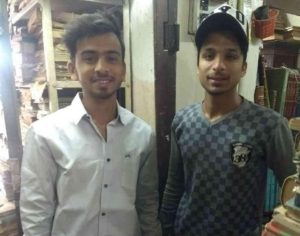 “Hyderabad was a repository of Urdu literature of the Deccan for centuries,” said Shahid. “Not only rare books, but many books written in the early half of the 1900s, which recorded its people, customs and monuments were found here [at Haziq and Mohi].”

Urdu’s importance – both as a medium of instruction and a means of livelihood – diminished in the region after independence. The grand old libraries of the city’s aristocrats were of no use to the younger generations, who were downsizing their living quarters by moving into smaller houses. There was no place for the vast number of books accumulated, and neither was there much interest in them. As an entire generation began to move away from Urdu, those books found a home in Haziq and Mohi as its proprietor was always on the lookout for new additions to his collection.

“Ahmed was one of the last of the old breed of bookstore owners who were scholars themselves, and could hold forth on any topic under the sun,” said Shahid. “Even if they weren’t experts, they specialised in putting you on to the right path.”

Ahmed Bafanna was a linguistics graduate from Osmania University and was proficient in French, German, English, Persian and Arabic. Over the years, he started adding Telugu, Farsi and French titles to his collection, and soon the 400-sq-feet store was stacked with books from floor to ceiling. Books would be priced according to their age. Some rare single editions, though, were not sold – those interested could get them photocopied. 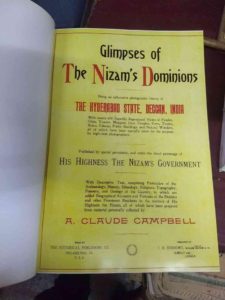 In White Mughals, author William Dalrymple writes about stumbling into the store while looking to buy for Bidri souvenirs for his friends and family. “A boy offered to take me to a shop where he said I could find a Bidri box. He led me deep into the labyrinth behind the Chowk Masjid. There, down a small alley, lay a shop where he promised I would find ‘booxies booxies’. The shop did not in fact sell boxes, but books (or ‘booksies’, as my guide had been trying to tell me).” Sitting in the “ill-lit shop, the size of a large broom-cupboard” was the proprietor who, Dalrymple writes, “knew exactly what he had. When I told him what I was writing he produced from under a stack a huge, crumbling Persian book, the Kitab Tuhfat al-’Alam…”

Dalrymple left the store £400 poorer but stayed in touch with Ahmed Bafanna till the proprietor’s death in 2015. With his passing, Hyderabad lost of a great authority on Urdu literature.

Ahmed Bafanna, says Shahid, could produce rare books in a trice. “The shop was extremely disorganised, with stacks of books everywhere in no seeming order, but he would bring any title asked for in an instant, as if by magic,” he said. “Very rarely had I encountered him not being able to source a book.” 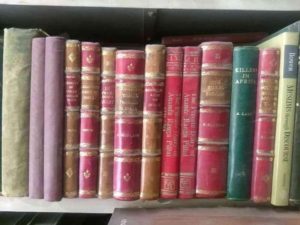 The store remained closed for 40 days after his death as his family deliberated over who would take its responsibility. The onus fell on his younger brother Khaled Bafanna, who has plans to modernise the store. Together with his son Ibrahim and nephew Zubair, Khaled Bafanna is digitising and cataloguing the books. “Ahmed bhai knew everything, so he never felt the need to sort according to subject,” said Khaled Bafanna. “But we are finding it difficult to retrieve books, so we are sorting them as best as we can, with help from our old retainers and clients who are sharing their knowledge with us.” He is also hoping to reach out to Persian experts and the linguistics department of Osmania University when needed.

The difficulty of the task can be gauged by the fact that over the last three years, only a quarter of the collection has been catalogued. With plans of setting up a website in the offing, Khaled Bafanna has decided not to add any books to the store’s collection. That, he says, will begin once the cataloguing is complete, which he hopes will happen by 2020. 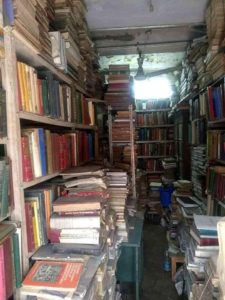 Other challenges include the maintenance of the books, and saving them from decay. A cursory glance around the store reveals many books that are more than a century old – a history of Tipu Sultan in Urdu, a 100-year-old manuscript Yaad Gare on the Nizam of Hyderabad and a 115-year-old Arabic Quran. Many old books whose binding has peeled off are tied up with threads. Khaled says such books need to be bound using a time- and attention-consuming technique that involves the use of bark of trees as glue.

The number of bookstores in the Chowk have dwindled to 15, and Haziq and Mohi remains one of the last recourses for those hunting for Urdu literature that is no longer in print. “A store like this…gives us glimpses into our past and holds immense historical value,” said Shahid. “For example, the books on engineering practices implemented by Sir Visvesvaraya, and how he made Hyderabad flood free, hold great civic value. Places like these are the last sources for such information.” #KhabarLive