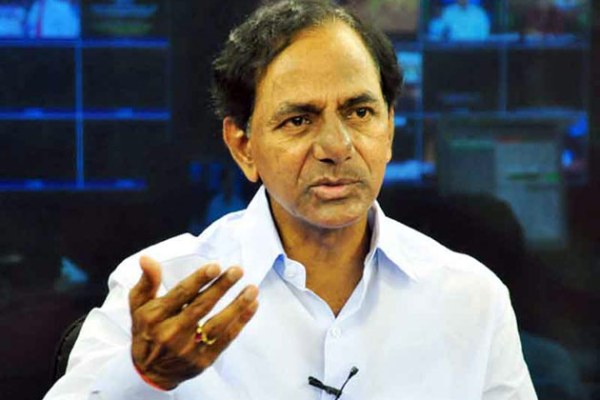 Telangana Chief Minister K Chandrashekar Rao’s comments during a recent interview at the conclave, have seemingly not gone down well with some.

When asked if Telangana and Andhra Pradesh had been competing with each other since bifurcation, KCR said that there was no need for comparing the two states, claiming that Telangana was way ahead.

The CM also said that Hyderabad had been a developed city that saw destruction due to the ‘rulers’ in erstwhile Andhra Pradesh state. Pointing out that Hyderabad got power supply around 1915, which was much before Madras, he said that the city was beautiful and was developed with roads, railway connectivity and even the Begumpet airport, built in the 1930s. Batting for the Telangana model of development, he said, “Instead of concentrating on the development of Hyderabad, the rulers of Andhra Pradesh destroyed it.”

Lashing back a day later, KCR’s Andhra counterpart, N Chandrababu Naidu, took strong objection to the remarks. Stating that Andhra Pradesh had the lowest per capita income in the south with a difference of Rs 35,000 with the nearest competitor, Naidu said this was not because of the mistake of people but due to the unscientific decision of the UPA who split the state in 2014. He said five crore people suffered as the then rulers did not do “equal justice” by compensating the state for the loss of Hyderabad to Telangana.

Naidu even threatened the Centre saying that he would move the Supreme Court, if they fail to deliver on their promises made during bifurcation.

The public spat between the two Chief Ministers, has stirred a debate in the two states, as to who deserved credit for the development of Hyderabad.

Naidu is widely credited for developing Hyderabad, when he served as the Chief Minister of the undivided state from 1995 to 2004. It was during his tenure, that several IT companies opened offices in the city’s Cyberabad area.

Last month, KCR’s son and Telangana IT Minister KT Rama Rao also said that the TDP chief had played a key role in attracting investments to Hyderabad. “I can’t take undue credit for Microsoft being here (in Hyderabad). In fact, all credit goes to Chandrababu Naidu garu. He definitely has done his best. In fact, when Hyderabad was not as well-known as it is today in Information Technology space, he went out all the way to Bill Gates, convinced him and eventually the development centre (of Microsoft) happened about 17 years ago. So, all credit to him (Naidu) for that,” KTR was quoted as saying.

The Congress has also jumped on the political bandwagon, telling both the Chief Ministers that there was no use digging in the past. Telangana Congress spokesperson Dr Dasoju Sravan Kumar, says, “Instead of digging in the past, they must give answers to the people of their respective states, about what they have done in the last three-and-half years. Neither of them needs to be appreciated for what Hyderabad is today. It is people of Hyderabad and its diaspora, who should be patted for its development.”

Stating that the city also developed due to the economic liberalisation in India, under Prime Minister PV Narasimha Rao, Sravan Kumar also accused the TRS and TDP of trying to draw political mileage, as the elections inch closer.

Brushing out the liberalisation argument, senior journalist, TS Sudhir says “In that case, why did other cities across the country not see the same boom? Local factors matter as well.”

Stating that Naidu’s government needs to be credited for the development in the IT sector, Sudhir said, “This is not to say that the ‘development’ that it resulted in, is ecologically positive.”

Sudhir also said that KCR’s remarks negate several good things that took place in the city between 1956 and 2014.

Meanwhile, Naidu also reacted to Chandrasekhar Rao’s allegation that rulers from Andhra destroyed Hyderabad. “I developed Telangana and Hyderabad for the benefit of Telugu people. Those making such comments should see what was Hyderabad before 1995 and what was it afterwards,” Naidu said. Ravi, responded saying, “While Naidu acted well during the prevailing circumstances, he should come out of the belief that there was nothing before his arrival. Hyderabad is still one of the oldest cities in the country.” #KhabarLive

Why The Humble ‘Sehri’ Is My Favourite Part Of Ramzan?