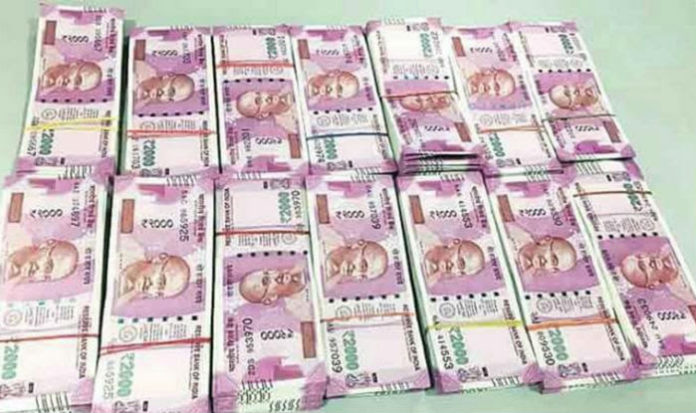 A government official has been arrested after police raids revealed he owned land, cash and valuables disproportionate to his known source of income, Andhra Pradesh police said. Pasuparthi Pradeep Kumar, a senior official of Visakhapatnam Urban Development Authority (VUDA), has a salary of Rs 1 lakh per month but his owned assets are believed to be worth Rs 60 crore.

The Anti-Corruption Bureau (ACB) raided 12 places in Andhra and Telangana in connection with its probe into a case against Kumar. With a monthly salary of Rs 1300, Kumar had joined service in May 1984 as a building inspector.

During raids, the ACB raids found five residential plots, four flats and agricultural land measuring 9.20 acre at different places in Krishna, Anantapur and Kadapa districts. These properties were registered under the names of Kumar, his father, wife, son, brother-in-law and paternal uncle.

Officials also seized 2.7 kg of gold, 12.5 kg of silver, two platinum rings, a car and a two-wheeler and cash and fixed deposits worth Rs 35 lakh and household articles worth Rs 21 lakh.

Kumar is a native of Chakrala village of Kurnool district. He was promoted as a town planning supervisor in 1991 and held several positions before taking charge as the additional chief urban planner.

“We were surprised to find that all the utensils, including drinking water glasses, lamps used in puja room and even key chains of almirahs were made of silver. He bought gold and diamond jewellery for his wife,” an ACB official said.

“His present salary is just around Rs 1 lakh per month and he has no ancestral properties. Yet, he amassed so much wealth during his career,” the official said. #KhabarLive

About 1000 New Rohingya Muslims From Kashmir Arrived In Hyderabad

‘Imagine No Country Claims You, And Your Own Country Wants To...