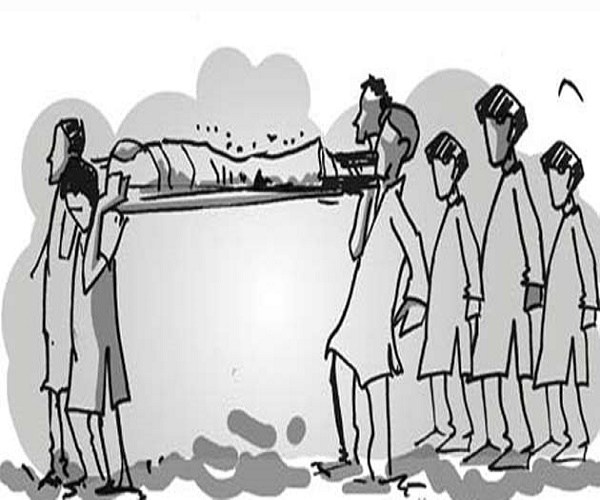 In an effort to help families seeking donations or a loan to conduct last rites for near and dear ones, the Karimnagar Municipal Corporation (KMC) has announced a new initiative to provide funeral services at the cost of just Re 1. This new initiative named, ‘Anthim Yatra-Aakhri Safar,’ will begin from June 15 onwards, KMC announced.

According to KMC Mayor S Ravinder Singh, the service will cater to all, regardless of religion and caste. A budget of Rs 1.5 crore has been sanctioned towards the initiative and the corporation has ordered two specially-designed vehicles for conducting the last rites.

Speaking to #KhabarLive, Singh said, “In our country, like marriages, funerals also cost a lot. Poor people struggle to get their dear ones cremated. They run around loan lenders who exploit the situation, or seek help from locals as donations. Keeping this in mind, I have rolled out this new initiative.”

“All they have to do is pay Re 1 and collect a receipt, and we will take care,” he said. When asked about the Re 1 cost, Singh responded, “There a Supreme Court ruling that we shouldn’t provide free services, so we thought of collecting Re 1.”

Singh said that the corporation will provide firewood, kerosene, band, body freezers and other materials required for the funeral. Besides, they are also planning to serve food for at least 50 people.

“Some Hindu customs require the family of the dead to provide food for those who came to attend the funeral. For this, we are considering arranging food from the subsidised meal scheme,” Singh said. The Telangana government provides subsidised meals priced at Rs 5 in several towns.

Burial grounds falling under KMC’s jurisdiction are maintained by the corporation. According to Singh, there are 10 Hindu burial grounds, five for Muslims, and two each for Christians and Sikhs under KMC.

This initiative will also help relatives of the deceased get a death certificate quickly, he said. “We are confident that many people will avail this service, and many philanthropists will also help KMC,” he added. #KhabarLive

Will ‘Congress-Free Telangana’ Seems To be A ‘Reality’ Soon?

Witch-Swinging: Tales Of Witchcraft And Torture