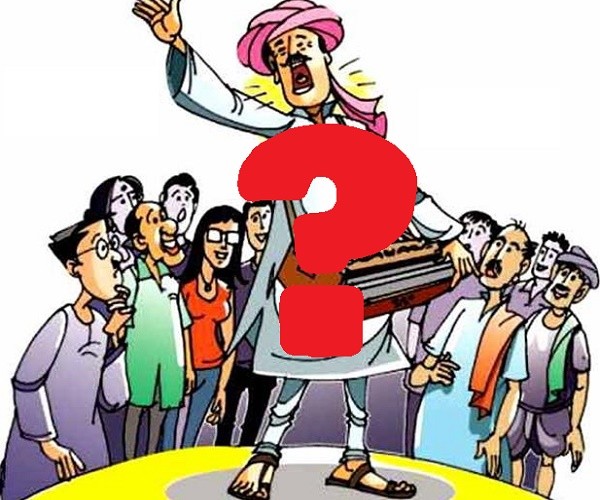 Ahead of December election, all non-TRS parties except AIMIM have left behind their former rivalries and took a total anti-KCR stand with an immediate aim to encash the anti-incumbency factor and voter dissatisfaction over government schemes like Mission Bhagiratha and double-bedroom houses.

Recently, opposition leaders have stepped up their attacks with their allegations mainly focused around KCR and his family members for occupying prime positions of power without scope for other aspiring leaders and communities.

Even BJP President Amit Shah, in his yesterday’s public meeting, made unsparing criticism against KCR and went to the extent of saying that it would be only BJP that could protect Telangana people from bad influence of KCR and AIMIM parties.

There is talk of a secret deal between BJP and TRS till recently but it is clear now that BJP State leaders will try to grab voters’ attention by mounting criticism against TRS government in general and KCR family in particular.

No rules apply in elections, not even for old friends or secret friends as long as respective political parties want to increase their bargaining strength in post-election power sharing possibilities on the strength of their total seats won.

As Expected, Congress and TDP have already launched a massive campaign against alleged excesses of KCR family in the name of reconstruction of Telangana after 2014 election.

Mahakutami partners are even forced to make personal allegations against KCR saying that TRS chief has no decency and decorum going by his use of unparliamentary language like ‘durmargulu’ (evil doers) against rivals.

As campaigning picks up momentum, rival parties including BJP have nobody else but KCR and his government to focus their major attack and draw big crowds to their rallies.

That way, a massive anti-KCR sentiment is rising among the opposition parties’ rank and file but the question remains as to whether this has gone down effectively among the people and whether it has replaced once-dominant Telangana sentiment in this election.

An astute strategist as he is, KCR kick started his campaign by trying to rekindle Telangana sentiment as he slammed Congress for allying with what he termed as Telangana betrayer Chandrababu Naidu.

Whatever be the efforts of KCR, it is for sure that a massive 2014-like Telangana sentiment cannot be brought to life in this election considering the fact that there is not Andhra rule all these four years in Hyderabad nor there is a chance for one in future.

After formation of separate statehood, local political aspirations have been on the rise and respective leaders will naturally stake their claim on their own strengths and by taking advantage any weakness in rivals including ruling TRS.

Despite massive Telangana sentiment in 2014, TRS won just 63 as against total 119 seats with only 13.7 per cent vote share and it formed government with just three seats more than the simple majority of 60 seats.

In that election, Congress leaders expected Telangana people to repay their debt to their party for having fulfilled their decades-old dream of statehood but the national party could end up winning only 21 seats.

In coming election, Congress will have to make hard efforts to create an even stronger anti-KCR sentiment while at the same time it has to take other parties along with it.

However, Congress has immediate task of successfully finalising seat sharing with Mahakutami partners even as Congress leaders have decided to accommodate partners by reducing their claim for 90 out of 119 tickets.

A major partner in the alliance, TDP has been asking for 30 seats and the party’s Telangana leaders had decided to settle for not less than 15 going by their party’s track record in 2014 elections when TDP won 15 seats as against 21 won by Congress.

The other alliance partner, Telangana Jana Samithi (TJS), led by Kodandaram is expecting 20 seats with this party having started bringing pressure on Congress leaders by way of giving deadlines on seat sharing.

Congress may agree to give less tickets to TJS considering the fact that it is a new party born out of the anti-KCR Telangana agitation leaders including Kodandaram.

CPI is asking for 11 seats as its leaders are sticking to their demand for no less in view of the high stakes involved in the election.

While there are fears of disunity among Mahakutami partners, there is also hope that Congress leaders will eventually tackle this amicably keeping in the larger interests of defeating KCR.

For Congress leaders more than anybody else, the December election is a do or die battle. They have to take revenge against KCR for having outwitted and betrayed them prior to and after Telangana formation.

On the other hand, there are no immediate clues to KCR’s strategy of attacking all other rivals except AIMIM.

Maybe, TRS boss is polarising pro-Telangana vote by provoking rivals and by engaging them in mutual criticism around Telangana sentiment.#KhabarLive

How Federal Front Going To Form As Non-BJP, Non-Congress Govt Have...