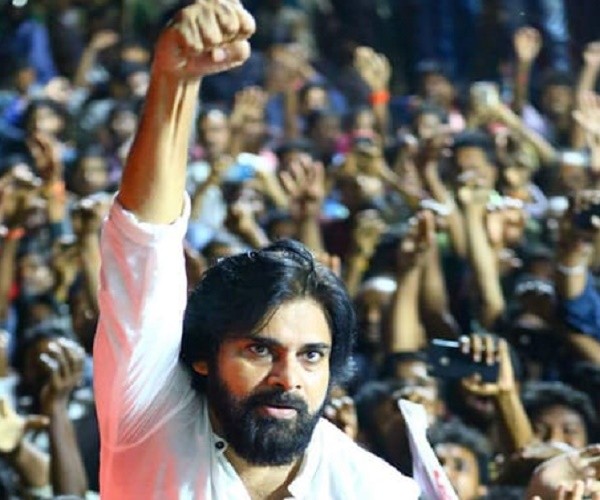 Are the ruling and some opposition parties hatching a conspiracy to murder Pawan Kalyan in the midst of coming 2019 election campaign? Have they decided to get rid of Jana Sena leader and then pass time blaming each other till the murder issue fades out of public memory?

“Yes, that is true. They are plotting to murder me”, says Pawan delivering his speeches during ongoing Porata Yatra campaign meetings in Eluru and Unguturu assembly segments in West Godavari district now. He says he has received an audio containing conversation between three persons talking about this murder plan and how Jana Sena is going to be wiped out from election scene.

Making these sensational allegations, Pawan asserted that he had entered the political scene after deciding to face head-on all such murder, money and power-mongering politics and without any fear for his own life. He went on to say that he would win elections if there is people’s support and not if he can do money and murder politics.

If a few thousands of crores of rupees would fetch electoral victory, Jagan would have become Chief Minister in 2014 elections, says Pawan. The Jana Sena will get enough 18 per cent of vote share in 2019 elections so as to emerge victorious, he says.

Pawan Kalyan has deplored that he did not contest 2014 elections after a senior TDP leader pleaded with him to avoid split of votes considering the fact that such a split led to victory of Congress in 2009 elections. “I have graciously extended support to TDP at that time. Because of this, some MLAs got about 14,000 majority and they would have lost deposits if there was no Jana Sena support in East Godavari, said Pawan.

He further said that Nara Lokesh was intending to become CM by sending his father to Delhi but the Jana Sena would not believe in such power politics. Pawan said that he had great respect for Kanshi Ram since he worked hard and made Mayawati chief minister. #KhabarLive

Why Chandrababu Naidu Is Afraid Of Holding ‘Panchayat Polls’ In AP?

Tough ‘Competition’ And ‘Intelligent Voters’ Mindset Will Decide The Fate Of...