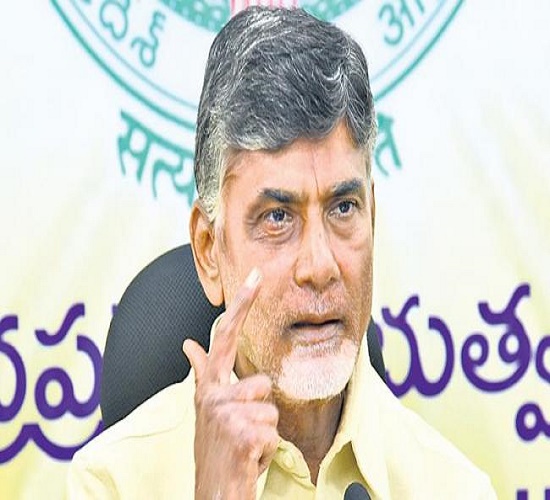 Telugu Desam Party president and Andhra Pradesh chief minister N Chandrababu Naidu is facing an existential crisis of sorts in his own state.

Till two years ago, Naidu has tried to hoodwink the people saying that he had compromised on the special category status for the sake of a special financial package announced by the Centre.

After hectic lobbying, Finance minister Arun Jaitely announced the special package in September 2016, but it took more than six months to get the Cabinet approval for the same.

However, till now, the state was yet to get the required funds from the Centre under special package. Now with the assembly elections just 16 months away, Naidu is desperate to get the package materialised and funds released accordingly, as it is a question of survival for him and his party in the next elections.

It was evident from the letter Naidu has written to Jaitely on Wednesday. Though Jaitely said while announcing the package the state could raise funds from borrowings for externally-aided projects which would be repaid by the Centre later, the external funding agencies are not giving loans to the state because of its poor financial status.

So, Naidu wrote to Jaitely asking him to release funds worth Rs 16,725 crore for six Externally Aided Projects (EAP) through Nabard as part of the special package announced. He expressed displeasure over the delay in clearance of EAP.

In the letter, the Chief Minister suggested that a special dispensation amount be provided to the state for specified projects from NABARD instead of loans from external agencies.

Of the six projects, the AP Roads and Bridges Reconstruction Project, AP Mandal Connectivity and Rural Connectivity Improvement Project (Rs 3,200 crore each) have been approved while the Rs 4,500-crore AP Rural Water Supply Project is yet to be cleared.

Also, another project, Construction of Residential School Buildings has been pending for DEA approval and the cost of the project has gone up to Rs 3,341 crore from Rs 3,000 crore.

ALSO READ:  An Open Letter To 'Amit Shah' By Telanganites!

Two new projects — the Amaravati Greening Development costing Rs 1,484-crore and AP Backward Area Rural Development to the Centre for NABARD funding of Rs 1,000-crore have also been submitted by the state government.

It remains to be seen whether Naidu would take up this issue with Prime Minister Narendra Modi when he meets the latter in New Delhi on Friday. #KhabarLive