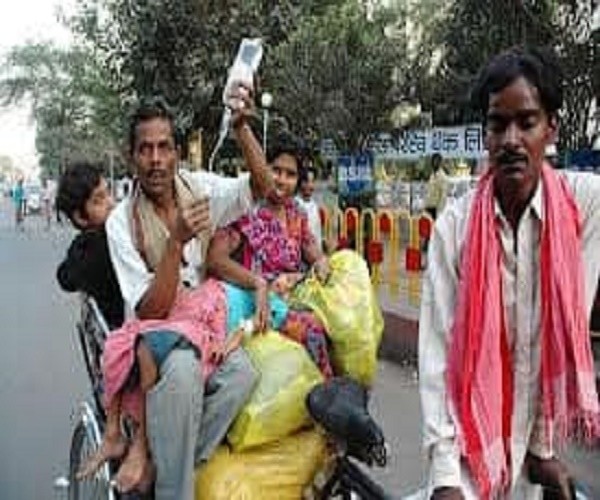 Like education, private health care has also become a purely commercial activity. As private hospitals were typically founded by physicians and were profit-making enterprises. They are privately funded by medical services through patients in the form of payments are preying patients for profits.

Amazingly, the private hospitals have shown tremendous success because of more environmentally sound and responsible compared to public hospitals who works dysfunctional and develops with a low pace. In a government hospital, for a blood test to determine if our condition is serious enough to be warded, we have to wait for hours, and then join a queue of hundreds waiting in line for dispensation of medicine and wait up for months to have further treatment. That is why it is observed that there are 70% of the patients who are very satisfied in private hospital. There are only 30% who are dissatisfied. And those 30 % are the poor and middle class masses who have either less or no money to spend on medical care.

In the last few decades there has been a huge development in technology. Earlier there was great difficulty in diagnosing diseases. But not today, now we are able to treat most of the diseases, diagnose them very fast because of the diagnostic facilities available only because of advancement in technology. Therefore, when it comes to technology, the cost also has gone up tremendously, and this is one of the reasons put the light on most of the private hospitals charging too much. Moreover these days we have more of investigative facilities like ultrasound, CT scan, MRI and angiography, diagnoses have become easy but costly.

The bottom line of every private hospital is profit. They have no intention to treat those who cannot afford to pay. They feel that the government should bear the responsibility for health care of ordinary folks who cannot afford or are unwilling to pay (for instance, poor people if on death bed do not get a deceased’s body until a certain amount is paid by the family. The patients suffer, the family too is endured. The phrases “No money, no treatment and “No money, no body” are commonly heard in the hospitals. How could one diagnose an ailment that requires sophisticated medical equipment is the question? For detection of disease and scan when there is a need to undergo expensive machines and equipment the private hospitals covers that amount from the payments of patients. It is obvious, if the costly equipments are used into any operation the charge of surgery is likely to be highly expensive in lakhs.

For just a talk with the doctors in clinics they take not less than Rs. 50. And if there are symptoms of fever and cold, number of tablets were given and alarm the patient to come for thrice in a week. The patients are not treated in a day or two for small illness. The doctors drag the patients with their words. People fall for their prey and keep going to doctors especially the patients of diabetes and high BP.

It is well-known. It is not surprising that private hospitals make money through many ways. It is not just with the fees of patients, the more income is from those who are admitted for prolonged illness say (surgeries). The non-surgical patients don’t make profit to the hospitals. The surgical patients say diagnosing for cancer requires long procedures, testing and medication. The hospital is likely to receive more money in the ailments of such patients suffering from life threatening diseases.

Vanita, complained of head pain and dizziness to the family members and rushed to hospital suddenly. She was admitted in a local private hospital in Hyderabad where she had undergone every test which they are aware and unaware of. But when the family had no money for further investigation of doctors she was moved to CARE Hospitals, Nampally where it was said that she is perfectly fine. It was just a prolong headache due to stroke. The doctors made money only for the pain the head due to the heat of summer.

The allegation that the private hospitals earn large amount of money by selling blood for Rs 50,000 a pint which they receive free is unfounded. Despite the fact that the NBTS obtains blood free of charge from the public they charge the Private Hospitals for group matching, various laboratory tests, processing and for the blood bag depending on the blood product issued and these charges vary approximately from Rs.575/- for a normal unit of blood to Rs.18000/- for a pack of platelets prepared by apheresis process.

The statement that Private Hospitals sell blood which is given free by the NBTS was proved totally incorrect and misleading as Private Hospitals incur expenses to send their staff once to place the order, then again to collect, provide facilities for safe transportation, storage and transfusion by competent staff. Private Hospitals has to recover these costs from the patient depending on the blood product used .and certainly not Rs.50, 000/-for a pint of fresh blood as quoted.

Nevertheless ness it would be wrong to say that doctors make only profit out of patients. Yes they do prey. But for specific reasons:

For them, money matters most than the health of the patients as it is hard to pay attention because of the shuffle of timings at different locations. . They are unlike government doctors who work in rural and remote areas selflessly. The doctors take advantage of patients for their own goal in private hospitals really. #KhabarLive

‘MedPlus’ – A Change In Landscape Of Pharmacy Retails

Farmers Are In ‘Deep Trouble’ After Unseasonal Rains Crop Destruction In...