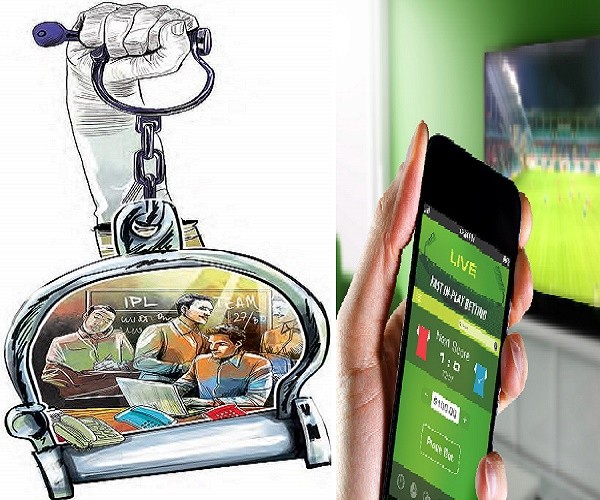 IPL 2018 betting apps are gaining huge following in the city, but how many of you know that it’s a crime? Though the betting happens in online world, the practice is illegal under State laws. The Telangana Gaming (Amendment) Bill, 2017, makes any form of betting illegal.

However, many are unaware of the same. Like, city-based techie V Satish Reddy who works with a private firm in Gachibowli. He uses the app “Betway” to gamble away in free time. “I didn’t know this was illegal,” says Reddy, who admitted that he started betting on IPL matches from its inaugural match on April 7.

“I lost money after betting Rs 3,000 on Royal Challengers but KKR won that match,” he added. There are many apps on the Google Play Store that allows betting on IPL matches. Some even offer cash rewards merely for registration. Most of the apps Express tested were based out of the US and Europe. However, there were some which were India based.

“IPL betting 2018” is one such India based betting app developed by “Risky Mania Apps”. A few of their other apps include apps to make Gif files specific to religious festivals and an app that allows you to download Whatsapp stories of your contacts. “Some of the apps can’t be trusted. I loaded Rs 1,000 to place a bet but after winning when I tried to transfer that money, I was not able to,” said Sai K Krishna (name changed), an engineering student from the city who tried a betting app but felt conned. “I left the money on that app and decided not to try again,” he added.

For the police to block these betting applications, a request has to be sent to the Department of Telecommunication. “But that is a difficult process,” said Ram Mohan, Superintendent of Police, Cyber Crime(CID), Hyderabad.”There is a perception among people that only the act of organising a betting ring is a criminal act, but they are wrong. Taking part in any form of betting is a criminal offence, be it online or offline.”

A betting racket being organised from a fast food centre at LB Nagar has been busted by sleuths of the Rachakonda police special operations team.

The police caught four persons, including the eatery owner, when they were accepting bets on the IPL match between Sunrisers Hyderabad and Rajasthan Royals held in Hyderabad on Monday.

Rachakonda police said that in connection with the ongoing IPL-11 matches, one Mogili Narsimhulu, the owner of the fast food centre at LB Nagar, had engaged another person to run the betting racket. Cash totalling `62,080 and four mobile phones were seized. #KhabarLive

‘Blue Cross’ Takes Off After Selling Thousands Of ‘Cows To Abattoirs’...