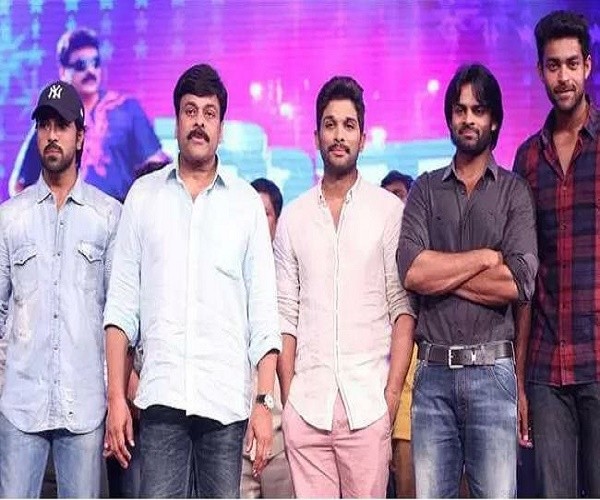 Kalyan Dev is the latest entry into the mega camp. He is the son-in-law of megastar himself and he is debuting with the film Vijetha. But one cannot help noticing that none of the mega heroes have attended any of the functions barring the megastar himself.

When Vijetha’s teaser released, none of the mega heroes responded by at least leaving a tweet. No one shared the teaser.

Well, at the time, many felt that it is a new hero from mega camp, so they must be wanting to keep a low profile till the film hits the screens.

Recently, the film’s audio release happened. Barring megastar, none of the mega heroes attended the function.

Everyone assumed all mega heroes were busy with their respective shoots. Then the trailer released and it got ok talk. Still, silence. No tweets, no shares.

Now, there is an interesting bit of information doing rounds in Film Nagar. Leaving aside Chiranjeevi’s family, apparently, the other mega heroes were not invited through proper channels for the audio release function.

Talk is that the other mega heroes were invited via the national president of Chiranjeevi fans association.

Naturally, it did not go down well with other mega heroes say insiders. Apparently, everyone simply got busy with their respective shooting schedules.

Due to this, there is some bad blood in mega camp say industry insiders. #KhabarLive

Finest Places In Hyderabad To Dine And Drink With Ease And...

Why Tollywood Is Keen To Setup #MeToo Panels In Production Houses?