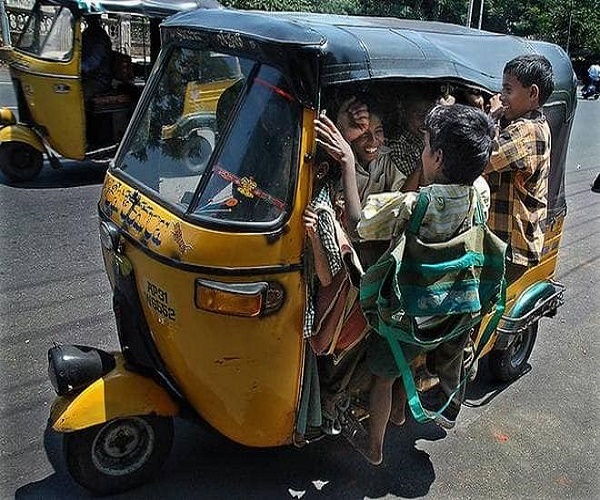 Here’s a word of caution for parents who send their wards to school in private vehicles. There is a disturbing increase in the number of auto-rickshaw drivers who were found to be violating girl students and threatening them with dire consequences if they revealed their trauma to anyone else.

With more such incidents slowly coming to light, the police and legal support officers from the Child Friendly Court are advising parents to be more careful while hiring auto-rickshaw services.

Officials are asking parents to check the antecedents of drivers before sending their children to school in auto-rickshaws. Recalling an incident that took place in Secunderabad, they said that an auto-driver impregnated a 12-year-old school girl after abusing her sexually.

The driver forcibly used to take her to an abandoned house in Secunderabad while returning home and violate her. He used to offer chocolates to other students travelling in the same vehicle and ask them to play for a while at the open place near the house before committing the heinous crime.

He would threaten the girl saying that he would kill her younger brother travelling in the same vehicle, if she refused to accept. Feared over threats held out by the driver, the girl bore the brunt and when she developed health problems, her mother came to know about the abuse she faced in the hands of the driver.

ALSO READ:  Why 'Maoists' Remain A Potent Threat In Telangana?

Since then, the girl and mother were unable to come out from trauma. The investigator officer and legal support officers were shell-shocked when the girl narrated the torture she faced in the hands of driver who is now attending trial.

The police booked a case against the driver under Section 376 (Rape) of Indian Penal Code (IPC) along with provisions of Protection of Children from Sexual Offences (POCSO) Act. In another incident, a nine-year-old girl studying in a hostel too faced similar situation in Hayathnagar.

Legal Support Officer for POCSO cases Spandana Sadasivuni said the parents should spend quality time with their children once they reach home to enable them speak openly. “From our side, we are ensuring to get stringent punishment to the accused in the case,” she added. #KhabarLive