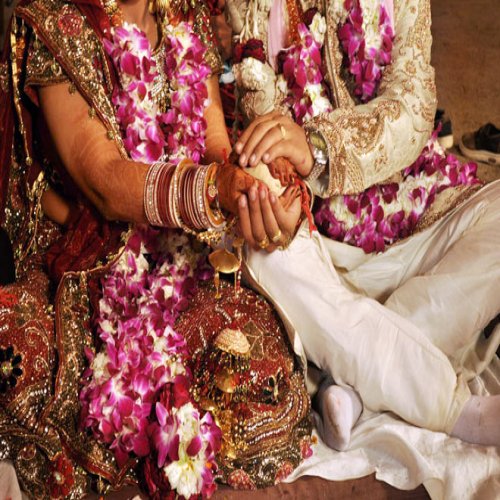 Any marriage is a gamble. But isn’t an arranged marriage, something most Indians find themselves going through, an even bigger one? How does it really work?

The arranged marriage system has come a long way in India through the advancement of the internet. But despite the technology, is the risk much higher today, given our changing lifestyles, transitional mindsets and complicated attitudes, with parents and children both relying on each other’s judgment?

“I am getting married next month!” Announced my friend on one of our whatsapp groups. I assumed it was a joke. I sent a laughing emoticon. Soon some other friends started congratulating her. She thanked everyone.

Why did I think it was a joke?

Rina was getting married to a man whom she had met a week back. He lives in Bangalore. She lives in Mumbai. Rina’s father had met the groom’s parents in their hometown two weeks back.

Rina is not some docile, helpless, financially dependent woman. She is a modern girl who I hang out with in modern places. This decision of hers came as a shock to me.

“You have met him once!”

“Even after meeting and dating, people end up getting divorced!”

“Are baba, that’s different. There is no guarantee in marriage. But those people at least like each other and want to move forward. What is there in it for you?”

“He is a nice guy. We talked on the phone for hours! Doing well in his career. Well-settled.”

“These are materialistic things. You should like him. Know his nature, temperament. And how do you even know he is doing well there. Has anyone from your family met him there?”

“No. But my bua’s devrani knows his mother’s neighbor. She had only nice things to say about him!”

“There is no end to being negative Tanvi! Every marriage is a risk. People break-up after years of live-in also.”

How do I even argue that?

The risk is higher
It turned out after marriage that everything he had said was a lie. He lived in a rented apartment (had claimed to have his own house). His house was not at all livable with no power back-up, unsafe neighborhood, water supply issues, among others. He had lied about his salary also. He had a heavy home loan which he wanted his wife and in-laws to take care of completely.

I know these things may not matter so much. But the point is he lied. He breached her trust. This led to initial fights between them. His temper problems and abusive nature got the worst of him. His parents and siblings were equally greedy, and controlling. Rina decided to separate from him within a year.

Rina was a very protected girl. I remember the time when both of us were looking for a PG accommodations in Mumbai during our first job placement. Her parents would personally check out all the accommodations. They would ensure that the place was safe and had all the facilities, and that the landlord and roommates were decent people. Yes. A lot of effort went into it. After all, their daughter would spend a year in that PG!

But did they bother checking out the future son-in-law’s house? Did they try to find out anything about the person with whom she would spend a lifetime, and create a family?

Why be negative? Be positive!
Indian arranged marriages are a case-study in optimism. Parents have the answer to everything.

So, what? After the wedding, their greed will disappear!

The boy seems to be very rigid in his thoughts!

So, what? All boys are like that in the beginning! After 30-40 years, he will become flexible!

We met the boy last month!

So, what! Look at the westerners and their divorce rates!!

What about sexual compatibility?!

What is that?! Our generation met on the wedding day and has borne perfectly healthy babies nine months later!

The same parents may raise objections on the same issues in a “love marriage” which they conveniently ignore in an arranged marriage.

My own transformation over the years
When I was studying in the seventh grade in the United States, our Social Studies teacher was discussing the reasons for getting married. She mentioned that in some parts of the “developing” world, people are “forced” to get married. It is called “arranged marriages”. I was offended. During the break, I told another girl of Indian origin (who wanted nothing to do with India) that arranged marriages are not forced. I gave her examples of my parents and other cousins whose marriages were arranged. They are happily married. She told me that I do not belong in the current generation with my archaic thoughts.

This one pinched me. More than the classmate’s remark. Because it was so true.

Matrimonial websites and Dating sites: My friend and I were talking about getting 100 percent matches on Trulymadly. Her mother overheard. She was scandalized that her daughter was on a dating app. She got scared. The same mother manages the daughter’s profile on shaadi.com and bombards her with shortlisted profiles, forcing her to meet eligible new men every weekend.

“At least, some dating apps verify profiles on Facebook, Aunty. The chances of encountering fake profiles is higher on matrimonial sites.” I said in an attempt to justify ourselves.

“But those boys want to get married, no beta. They have the right intentions.” Aunty replied with much wisdom.

I could not disagree. It is very difficult to meet people once we are out of college. Matrimonial websites provide a medium. How else do you find people who actually want to get married? Any woman who has been in the dating scene has heard men use the terms such as “no strings attached”, “friends with benefits”, “casual” “see where it goes,” “go with the flow” which all means one thing:

They are not interested in marrying us! Not now and probably never!

So can we stop looking through this medium? No. It provides options.

The current arranged marriage system – set up for disaster?
In our parents’ generation, marriages were arranged by well-wishers into known families as there was no internet. Some noble soul who knew both families would initiate the proposal. The world was not so cosmopolitan. Most alliances were made in the same towns. Children represented their parents’ values.

Can we say the same now? Did marriages survive because they were magically happily ever after? Or because women were financially dependent and had nowhere to go?

Today, most alliances are arranged through the internet. Careful girls who would ordinarily not talk to an unknown man, not even accept a friend request from a stranger, or give their number to a man on a dating app end up marrying a man they know very little about. The women lose their guard, feeling a false sense of security because the parents are facilitating the process. Clueless, desperate parents marvel at the reach of the internet, and their ability to find a groom which is now only a click away. Parents who had met their spouses on the wedding day feel they have been liberal enough because their daughters have got the opportunity to meet the man a few times and like him.

When a woman dates a man, she at least gets to have some time with him, understand his nature, hang out with his social circles. These parts are skipped in an arranged set-up. Girls still end up feeling comfortable because they rely on the parents’ judgment. The parents feel that the daughter has liked the guy (a luxury during their times).

Intention is the key. Or is it?
Aunty’s comment is the key to understanding the mindset on which arranged marriages thrive – that the intention of the boy and his family is to get married.

Given our regressive thoughts, this may be the primary concern of parents. No man should touch their daughter and leave her! That is their worst fear. It is time we realized that getting married to the wrong man, and getting stuck with him is the worst thing that can happen to her. There can be a number of wrong intentions with which people marry:

Finding a woman from the same caste just to suit society, and continue a relationship elsewhere.

Finding a well-educated, earning woman to take care of the household and parents as an unpaid maid.

Marrying someone one is not attracted to because time is running out and age is catching up.

Wait! Take your chance!
Getting married is not as holy as it sounds. We need to put more thought into it than we do. I am aware that marriages break even after years of dating. But is that an excuse to be hasty and negligent, and marry someone we barely know? It is really not the lottery where we are trying our luck.

I also think it is not fair for parents to bear the responsibility of finding partners for their children. It is not their job! They are clueless, desperate, scared, yet empowered because of the internet!! We can at the least manage our matrimonial profiles ourselves. Some people say they need the guidance of elders in making such an important decision. If as an adult we are not sure about what we want, have no idea what kind of a man we should marry, then maybe we are not ready for marriage. Time, experience and maturity will help us make a better choice in due course. But for that we have to give ourselves time.

What if all the men are married by then?

What if I don’t find anyone later?

Isn’t it better to just select the best option I get this year?

The options will keep reducing with every passing year!

Author’s note: The intent of this post is not to make a mockery of arranged marriages. It is just an attempt at initiating a discussion on a relevant issue. This article has been written from a woman’s point of view. However, the views expressed here may apply to men as well. #KhabarLive #hydnews 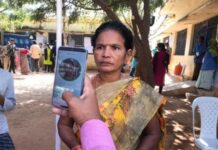