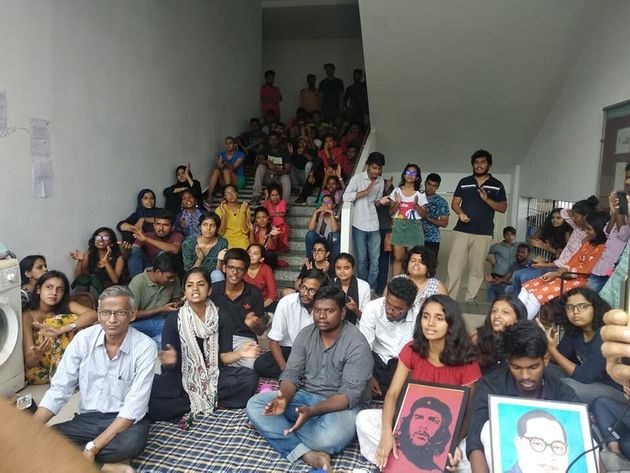 Last week, TISS had declared a sine die closure of the temporary campus, which was functioning on the premises of a private school, to put an end to an eight-day-long student strike demanding lower hostel fees and living expenses for Dalit and Adivasi students.

In the order issued, the TISS administration said that it decided to revoke the sine die after it got multiple representations. “Since the declaration of suspension of academic activities, the institute administration has received a large number of representations from present students, alumni, parents and other well-wishers, appealing for resuming of academic activities in Hyderabad Off-campus at the earliest,” read the order, issued by M P Balamurugan. The institute reiterated that it closed down the campus because a “section of students” were blocking the entry of faculty and other students to the institute.

The order also said that TISS-Mumbai is committed to smooth conduct of academic activities and hopes, “that no obstructions would be caused”.

Before the revocation of the sine die, TISS-Hyderabad’s acting deputy director Prof. U Vindhya had told #KhabarLive that the institute “was ready to revoke the sine die if students called off the strike”.

TISS’s decision to revoke the sine die has come after protesting students filed a writ petition in the Telangana High Court challenging the order. In the petition, the students had submitted that TISS-Mumbai’s sine die order was, “illegal, arbitrary and violative of Article 14, 19 and 21 of the Constitution of India”. The students had further said that they had not, “committed any act of harm or any other act that would prejudice,” TISS-Mumbai or Hyderabad.

At the time this report was being filed, student protestors were initiating a meeting to discuss their future course of action. “The strike has not yet been called off as our demands have not yet been met,” a student said.

The students have also decided to conduct a public demonstration late this week in Hyderabad city demanding that TISS meet their demands.

According to the protestors, Dalit and Adivasi students have not been availing hostel facilities as the private operator who runs it has been charging high fees. The protesting students have also been demanding a new set of hostel management rules to ensure low hostel fee even in the upcoming semesters.

This is the third massive agitation in TISS Hyderabad in two years. After the administration closed the institute and asked students to leave, multiple activists including Medha Patkar, Aruna Roy and Binayak Sen, had demanded that the order be revoked. #KhabarLive