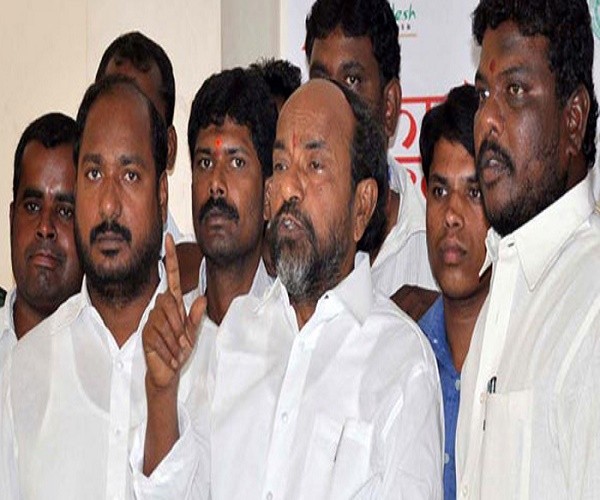 The Backward Classes (BC) Welfare Association in Telangana, led by former Telugu Desam Party (TDP) member of legislative assembly (MLA) R. Krishnaiah has threatened to campaign against the Telangana Rashtra Samithi (TRS) as well as the Congress-led grand alliance in the forthcoming assembly elections if they fail to announce more Backward Class candidates.

“We are going to conduct a state-wide bandh to protest on 17 November against political parties for not giving enough seats to Backward Class leaders. We have requested the Election Commission of India to intervene as the police is denying us permission to organize the programme,” Krishnaiah told #KhabarLive. He met Rajat Kumar, chief electoral officer, Telangana, and submitted a letter on behalf of the Association.

Krishnaiah said Backward Class leaders should be allotted at least 50% of the seats, but that both the TRS and the grand alliance (comprising the Congress, Telugu Desam Party, Telangana Jana Samithi, Communist Party of India and Telangana Inti Party) have allotted only 20% of seats to the social group.

“There is no need for us to seek any sort of permission to conduct a bandh on 17 November from the police,” he added.

Elections in the state will be held for 119 seats in a single phase on 7 December and the results will be declared on 11 December.

Political analyst Palwai Raghavendra Reddy said that Krishnaiah is trying to stay relevant in politics in the state. “Though Krishnaiah was a well-known face as a BC leader, he has lost importance in the last five years. He expected the Congress or TDP to give him a ticket, but it has not happened, which is why he is raking up Backward Class issues. The community getting less seats is nothing new, as it is a very disintegrated group as there is wide income disparity within the community,” he added. #KhabarLive