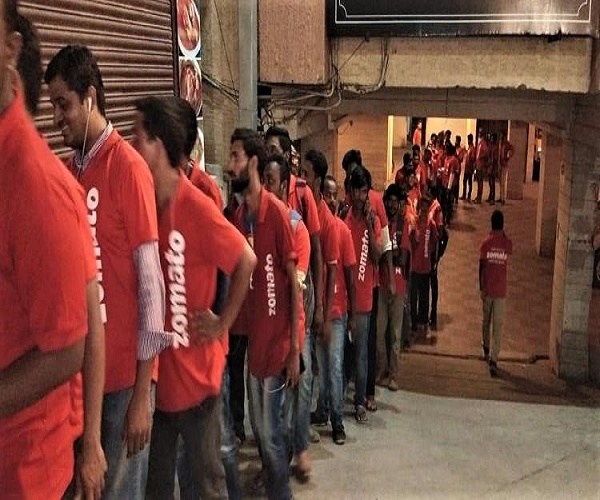 The popular biryani joint ‘Bawarchi’ in Hyderabad receives a whopping 2000 orders a day, just from Zomato. The long basmati grains, succulent meat and an explosion of spices in every bite – Hyderabad loves its biryani. In fact, everyone loves Hyderabadi biryani. Be it for lunch, dinner or even midnight cravings, it’s always a good time to have biryani.

Go to any popular biryani restaurant in Hyderabad during the day and there will be an army of delivery executives in both red and black t-shirts picking up orders.

Which restaurant from your city deserves this kind of a queue? 🤔 pic.twitter.com/dua2Yge7C1

There’s a long queue of Zomato delivery executives waiting to pick up their orders. And this is at Bawarchi, one of Hyderabad’s most iconic biryani outlets. While whether it is the best or not is definitely up for debate, Bawarchi receives a whopping 2000 orders a day, just from Zomato, the food delivery major said in its annual report.

And not just in Hyderabad, in other places like Madurai too, chicken biryani is the most searched dish on Zomato. The annual report also threw up some interesting insights like how tier 2 and 3 towns are bringing in major business for the food delivery major.

“We used to think that food delivery will only be a niche for Tier 1 cities in India. But then, we decided to test a small town with a mere 150k people. It was mind boggling to see the latent potential of that town; and that taught us that small towns in India hold humungous potential, and now, we have set our eyes on launching in 1,000 cities in India,” the annual report states.

While Ooty registers the highest average transaction value, one customer in Lucknow once requested a delivery worth Rs 16,800. Manipal has the highest delivery frequency across all cities and Tuni, a small town in East Godavari district of Andhra Pradesh is the smallest emerging city and most cashless. Vijayawada, on the other hand, orders the most amount of breakfast in the country. Indore requests more midnight deliveries than Mumbai.

Zomato is currently present in over 10,000 cities across the globe with over 1.4m active restaurants on its platform. It claims in its annual report that it is the market leaders in restaurant search/discovery in 19 of the 24 countries its present in. #KhabarLive

‘No Need To Share Aadhaar Number With Any Government Agencies’