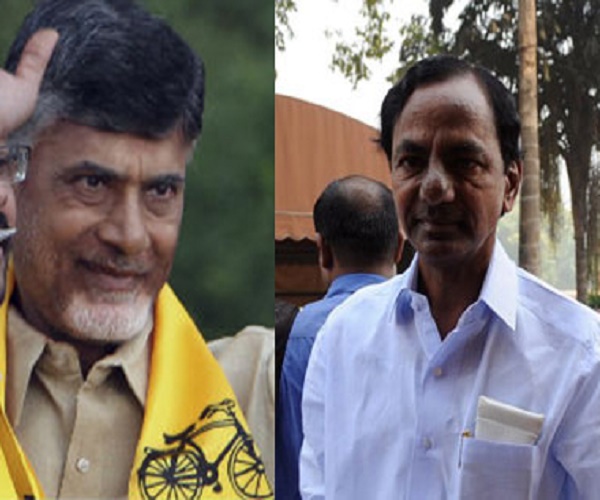 The TRS chief and the Telangana chief minister putting forth the idea of Third Front comprising of non-Congress and non-BJP parties has led to intense political speculation. Everyone expected Chandrababu Naidu to take the initiative as the state is sulking over the indifferent treatment by Centre to the genuine demands of Andhra Pradesh. But, even as Naidu is waiting for an appropriate moment to call it a day, Kalvakuntla Chandrashekhar Rao who has been a more vocal supporter of Narendra Modi came out with his sudden salvo.

In fact, the TRS was a non-NDA ally although the state BJP occasionally take cudgels against the KCR regime. KCR has unequivocally supported Modi government’s controversial policy measures like demonetisation and the GST though he had no compulsions like Naidu has.

Naidu is known for his extensive contacts with the national leaders though he has never operated from Delhi. KCR, on the other hand, was in the UPA-I ministry. His interaction with the leaders of various political parties at the national level was more or less confined to his lobbying for the separate state of Telangana. However, KCR enjoys the appreciation of many leaders for his commitment and the manner in which he could attain statehood to Telangana.

This was evident from the statements of RJD, JMM leaders too. Beyond this, KCR never got an opportunity to steer national politics. On the contrary, Naidu was one of the architects of United Front that ran the government at the Centre with the support of Congress. He was, in fact, the convenor of United Front too. He was even offered the prime ministership. But, he could not accept it due to his compulsions at the state level. Later, Naidu was instrumental in heralding the first NDA government led by Atal Bihari Vajpayee. However, he no longer enjoys the similar political clout with the NDA regime in Delhi as the BJP on its own has comfortable majority.

ALSO READ:  What Questions That Aren't Being Asked About Karnataka's 'Mahila Empowerment Party'?

Now, it is almost certain that the Telugu Desam Party would sever its ties with the BJP as Naidu perhaps has come to conclusion that any tie-up with the saffron party in 2019 would only be a political liability as there is a simmering discontent against the Modi regime’s refusal to accord special category status to Andhra Pradesh. In fact, the TDP kept its ally BJP away from campaigning in Nandyal by-poll fearing a loss of minority vote. The TDP seems to have arrived at a firm opinion that Modi’s popularity is declining and would continue further.

In fact, Naidu could well be active in national politics as the succession process has no irritants. His son Lokesh is all set to take over if Naidu enters national politics. But, somehow Naidu is still hesitant. The possible exploitation for this could be Naidu might not be confident that Lokesh could successfully take on YS Jaganmohan Reddy given the marginal difference in the vote share between TDP and YSR Congress in 2014.

As Naidu remained indecisive, KCR was swift in his action. KCR might have read Naidu’s mind as he earlier worked with the TDP supremo. KCR should have thought that his national odyssey could be a successful instrument of succession in the state politics. KCR has to hand over the mantle of power to his son only when he is still politically reckoning. Any adverse result in 2019 would make this transition really difficult. Given the fact that there are competitors for KCR’s successor, the TRS supremo may be more proactive.

KCR has nothing to lose as he cannot anyhow ally with the Congress as the latter is his principal political adversary at the state level. But, the Congress is not a force in Andhra Pradesh. The narrative of helplessness assiduously promoted by Naidu makes it imperative for the TDP to be in some or other national coalition. As the Third Front is elusive, TDP cannot afford to rule out possible support to a Congress-led coalition at the Centre albeit with a condition to granting special category status.

The Congress president has already clarified that his party would accord such a status to Andhra Pradesh once it comes to power at the Centre. However, any decision to join hands with the Congress would be a difficult one for Naidu to take as he portrayed the party to be the villain of bifurcation. Hence is the dilemma for Naidu to sever ties with BJP.

Calculating all these reservations for Naidu and fully realising the rather indecisive nature of Naidu, KCR was forthright in calling for a non-Congress and non-BJP national coalition and thus could outsmart his mentor Naidu.

Thus, the effort to form the Third Front may turn into a personality tussle between two Telugu chief ministers. Will they collaborate to galvanise the anti-Congress and anti-BJP forces or they will they compete for political space at the national level still remain a point of speculation. However, KCR has begun his national innings though, in a modest way, Naidu is yet to enter the crease. #KhabarLive