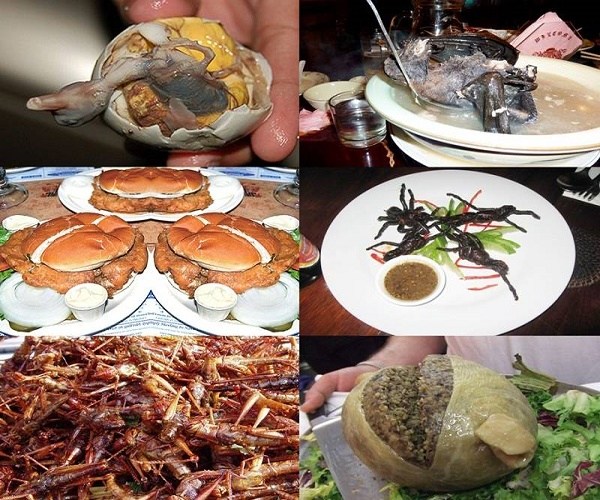 Experiment with your palate, set it for an adventurous food trail. Try sweet puddings with hints of garlic, pungent fish coated in distilled ash or a sauce made of red ants. Flip the menu card towards the darker section.There are a lot of strange things that go on around the country. But these foods surely test your faith in Indian cuisine. If you have a weak stomach proceed with caution. YOU HAVE BEEN WARNED.

In the far flung regions of India, many a tribal community continues to live with its own unique lifestyle choices. In such remote corners of the country, many still live off of raw ingredients, a practice rather evident in their homes and on their plates. In other parts of the country that are comparatively more developed, eccentricity thrives too as a result of experimentation with food recipes passed down through generations. Come to India, and discover these hidden gastronomical surprises. 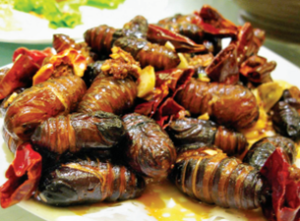 Eri polu
A pupa is an immature insect yet to become an adult and is usually contained in and protected by a hard shell or cocoon. In the north-eastern Indian state of Assam, people consume pupa in the form of a preparation called eri polu. Made using silkworm’s pupa, after the silk has been taken out from its cocoon, eri polu is said to be a fondly relished and rare delicacy from Assam. Its texture is like that of cooked soybean or mushrooms, and after a sprinkle of black pepper and salt on fried or steamed pupae, an excellent snack is ready to be served.

ALSO READ:  'Gram Nyayalayas' In Telangana - A Boon For Villagers For 'Quick' And 'Better' Justice 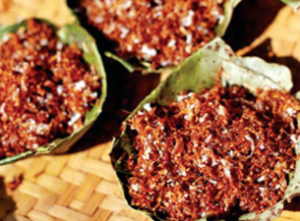 Chaprah
Made with red ants and their eggs, chaprah is tangy in taste just like any other chutney – the Indian variant of sauce. It is prepared and consumed by the tribal population in Bastar district of the central Indian state of Chhattisgarh. The ants are collected and crushed in a mortar and pestle along with ginger, chilli and salt and stored to be consumed over few days. The formic acid from the ants makes sure the chutney, which is said to have medicinal properties, doesn’t become stale too soon. Experimentation with red ants is not recommended, as the acid that they contain can harm the human digestive system if taken in an inappropriate quantity. 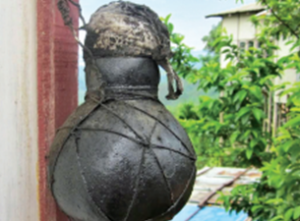 Sa-um bur
Traditional vessel used to prepare sa-um bur – Indigenous to the north-eastern state of Mizoram, sa-um bur is fermented pork fat, which is used in cooking various dishes. The fat is fermented in special vessels, which are locally made.

Nahkham
Fish is widely consumed in northeast India but the way the Garo tribe, the second largest tribe from Meghalaya, consumes it makes it noteworthy. Made of dried, smelly fish, the preparation of the dish includes condiments like chillies, salt and distilled ash of young bamboo. Locally known as kalchi, the ash is a form of potash and is used in the making of many other local dishes as well. 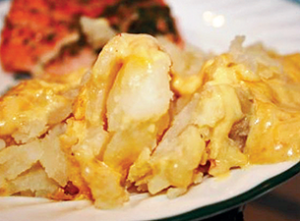 Phan pyut
In parts of eastern India, rotten potatoes are loved by several communities, which consume them as a side dish. The potatoes, which are said to be ‘extra aged’ are not harvested at the right time and are left to rot in soil. They are then taken out and treated with spices to be eaten or topped on other meals.

And, that’s not it on the menu or for the plate of a glutton. The options are aplenty if one is willing to dare. From dogs’ meat and pigeons to a sauce made from crabs and fritters with cannabis leaves, some options can be rather intriguing 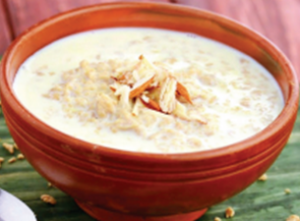 Sweet endings
A conventional meal’s traditional endings are subtly sweet; but in the list of bizarre dishes, the same sweets turn subtly bitter. Kheer and halwa are two savouries popular across India and are made in different states in manners only a little different from each other, except these bizarre preparations.

Benami kheer
Lahsun kheer, literally garlic pudding, does not taste as bizarre as it sounds. In fact, the presence of garlic is hardly evident in the sweet milk base the dish is prepared in. The garlic is made to lose its pungent taste and odour by soaking it in alum water before using it; that’s the reason why the dish is called benami, a word that hints towards the evident absence of the most unique ingredient of this dish. Just like other sweet preparations of kheer, benami also has the nice flavours from saffron and cardamom besides a generous garnishing of almonds and pistachio. 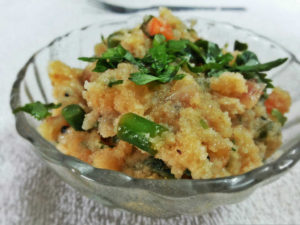 Onion Halwa
Unlike the Romanian halwa, which is a brick of pressed sunflowers, sugar syrup and milk, Indian halwa is of the consistency of porridge and made with semolina, wheat or carrot. Available across India, it is a sweet dish to which cardamom and rose petals are added, at times, to give it a nice fragrance and flavour. Prepared during special occasions and festivals in some Indian homes, it is a dish favoured by many for its richness, which it also gets by the addition of dry fruits in it.

But as India’s diversity has it, there is a variant of it, prepared by only a handful of people using an ingredient one would never imagine in a sweet dish – onion. Onion halwa is prepared by frying chopped, white onions in butter or ghee (clarified butter) and then slow cooked after adding milk and sugar; and after a while of stirring and simmering, it’s ready to serve. It’s important to use only white onions as they blend well with the milk, leaving a sweet flavour behind. #KhabarLive