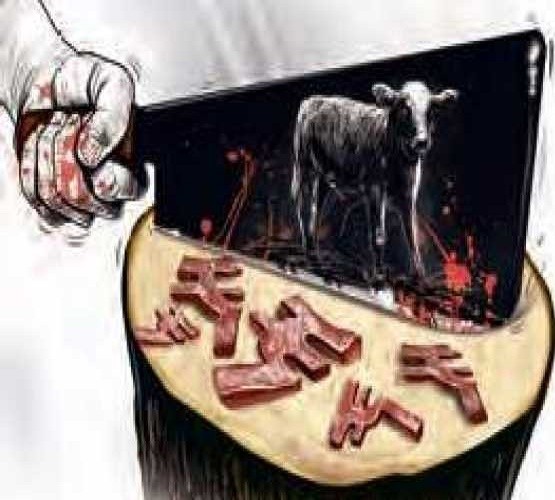 Under the guise of running an animal shelter, veterinary surgeon and blue cross district chairman Suryam has allegedly been supplying cattle to slaughterhouses here.

Police busted the racket after two vehicles transporting 17 cows and buffaloes were intercepted at Meliaputti mandal a few days ago.

The detained drivers admitted during interrogation that they were shifting the cattle from Pattupuram Goshala, run under the banner of Blue Cross, to Narayanapuram Market from where they would be taken to slaughterhouses.

Suryam, in a span of four years, shifted over 3,000 cows and buffaloes rescued by the police to his goshala, many of which are now missing.

Preliminary investigation has confirmed that no records were maintained of the cattle brought to the shelter house so far. When cops raided the goshala on Saturday, there were not more than 100 animals there.

Interestingly, Suryam bagged the project to sterilize stray dogs in several municipalities of the district in the name of Blue Cross.

Meliaputti SI G Rajesh told KhabarLive a case had been registered under IPC Section 409 (Criminal breach of trust by public servant) and Animal Cruelty Act 1960. Police are on the lookout for the veterinary surgeon is absconding.

Police suspect Suryam is a member of a cattle smuggling racket. “We have prepared a report about the entire episode and sent it to higher officials recommending stern action,” Srikakulam district Animal Husbandry joint director said. Cops are on the look out for the accused who is at large. #KhabarLive