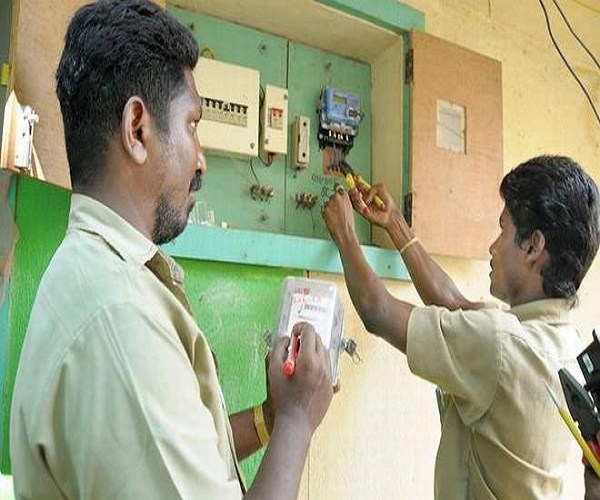 The dusty electricity meter that records household’s power consumption is acknowledged only once a month, when an agent from the power utility arrives to take the reading and generate a bill.

The process is tedious, corruption-prone, and the distribution company has to invest heavily in the manpower required to read every meter, every month.

This ritual, however, could soon become a thing of the past thanks to smart meters. These devices send real-time data on a household’s energy consumption directly to the utility. Power can be instantly cut off if there are unpaid bills and it can also be restored as soon as the dues are cleared.

Moreover, since utilities can track the consumption of electricity in real time, they can also modify prices according to the time of day, inducing people to schedule any major power consumption, such as the use of water heaters, when supply is abundant.

India is fast adding renewable sources of electricity such as solar and wind farms, whose production varies between day and night and seasons. Dynamic pricing, therefore, helps balance the grid.

Manufactured by the likes of Mumbai-based conglomerate Larsen & Toubro and China’s Inhe Meters, smart meters are being piloted across the country under the Indian government’s Smart Cities Mission.

The government in the Telangana. Tamil Nadu ans Karnataka state, for instance, is replacing old meters with smart ones.

Smart as a meter
For India’s cash-strapped power utilities, smart meters could lead to much-needed savings.

Most of these firms are state-owned and deep in debt, despite bailout packages such as the Uday scheme launched in 2015. Under the programme, state exchequers are taking on three-fourths of the utilities’ debt. Yet, in financial year ended March 2018, their cumulative losses remained at over Rs17,000 crore ($2.4 billion).

The reasons for the financial plight include a failure to accurately bill customers. Utilities buy electricity from power producers and sell it to the public. However, over 20% of this is lost because of inefficient transmission through wires and other ageing equipment and due to unpaid usage. Customers and agents occasionally collude to record lower readings for a bribe. So the losses pile up for the utility.

For instance, the New Delhi Municipal Corporation’s (NDMC’s) power unit, which caters to some of the most affluent neighbourhoods in the capital city, projected an operational loss of about Rs246 crore in financial year 2018. So last year, it decided to replace most of the 75,000 meters under its jurisdiction with smart meters.

The cost of employing meter-readers can in some cases be higher than even the regulated price of electricity. In India’s most populous state Uttar Pradesh, for instance, about 40% of the registered consumers do not have meters. They simply pay the utility a flat fee irrespective of actual consumption. Yet, this is preferable, given the immense manpower required to bill metered connections.

However, there are several hurdles to cross first.

Not too smart
The Uday scheme had set a target for replacing all conventional meters in the country by December 2019, but so far, less than 5% of them have been changed. Last December, a year before the deadline, the government extended it to March 2022, which is also too ambitious, analysts #KhabarLive spoke to said.

This inertia is primarily a result of the fact that not everyone is convinced smart meters may be the answer. “People can still circumvent them and hook onto the electricity wires,” said Abhishek Jain, senior programme lead at the Council on Energy, Environment, and Water, a New Delhi-based non-profit. Such hooks, or katiyas, on open transmission wires strung along street lights, are a popular method of electricity theft in India.

This uncertainty over their efficacy has made the already bleeding utilities wary.

“Utilities would like to see results. As of now, no pilot project has shown results,” said Rishu Garg, senior research engineer at the Centre for Study of Science, Technology and Policy, a Bengaluru-based non-profit. “It is difficult for financially-stressed utilities to invest in something new when they are not sure if they will be able to earn revenues commensurate to this kind of investment.”

Paying the bills
Another effort by the government is to compensate for the cost of installing smart meters. Energy and Efficiency Services (EESL), a decade-old, state-run firm, is undertaking the initial investment of switching meters in select regions. It takes on the responsibility of installing and maintaining smart meters for a few years before passing them on to the utilities.

It installed smart meters for NDMC, and will now maintain them for six years. EESL is also running pilots in more energy-deprived states such as Uttar Pradesh and Bihar for Rs95 per month per meter.

To meet this expense, NDMC may choose to raise power prices, though smart meters will help it save more than it is spending, said Saurabh Kumar, EESL’s managing director. “We have shown that there is a revenue gain of Rs208 per month per smart meter to NDMC. It’s their call whether they want to pass on any costs to the consumer or not. I strongly feel there is no need.”

The ability to pass on prices is an important factor that aids the adoption of smart meters. Utilities often have their hands tied as cheap power is a campaign plank for politicians, and the firms must get major investments and price hikes approved by the state electricity regulator.

Tata Power-DDL recently received permission from the Delhi Electricity Regulatory Commission (DERC) to spend Rs520 crore on smart meters, which can then be passed on to consumers as higher tariffs, if required.

However, Tata Power estimates that smart meters will reduce transmission losses by Rs100 crore every year, CEO Sanjay Banga said in an email. “The cost involved in the installation of smart meters has been approved by the DERC and the consumers will not be charged upfront…However, the same will be reflective in the long run…We expect no impact on consumers as benefits from smart metering will help in reduction of tariffs,” he said.

The company has made the initial investment from its own pocket, and installed 35,000 such devices in New Delhi.

Most utilities are yet to find a way to foot the bill for smart meters. But the switch is inevitable, given the cycle of defaults they are in, EESL’s Kumar said: “There is no choice anymore. Utilities will have to do it, whether they like it or don’t.” #KhabarLive