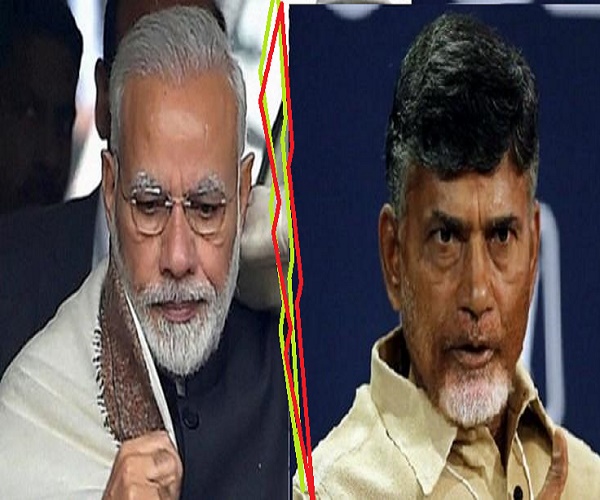 Through his career, Naidu has switched sides to whoever has been most useful to him, leading to his opponents dubbing him an ‘opportunist’. The Chandrababu Naidu-led TDP quitting the NDA may have come as a huge surprise but not for those who dealt with him in NDA-I when he quit over the Godhra riots and even threatened to arrest “anti-Muslim” Narendra Modi, then Gujarat CM, if he entered Andhra Pradesh.

In the latest move, Naidu has withdrawn support from the Modi-led NDA, while his opposition accused him of ‘cheating and looting’ the people of Andhra Pradesh. But with just a year to go for the next elections, Naidu has found the right opportunity to change his goal post again. All this while he blamed Modi-led NDA government for refusing to offer a special category status.

Through his career, Naidu has switched sides to whoever has been most useful to him, even if it meant going against his father-in-law and mentor, N.T. Rama Rao.

As convener for the ‘Third Front’ that formed government at the Centre in 1996 or later shifting allegiance to the BJP-led NDA in 1999, Naidu has always been known to align himself with those that would give him the maximum clout. This led to his opponents dubbing him an “opportunist”.

Naidu’s dramatic exit is expected to help him find an emotional issue to garner votes in the upcoming elections. The Andhra CM announced in the state assembly Friday: “We’ve quit NDA. I took this decision, not for selfish reasons, but for interests of AP.”

“For four years I made all efforts possible, went to Delhi 29 times, asked many times. This was the Centre’s last budget and there was no mention of AP, so we had to pull our ministers out of cabinet,” he said.

Naidu’s adviser Parakala Prabhakar, defence minister Nirmala Sitharaman’s husband, said the TDP had joined the NDA because the Congress-led UPA had done injustice in the way the bifurcation of Andhra Pradesh had happened.

“The BJP promised us that it would be reversed and said they would give us the special category status. We waited four years,” he said.

“We have been shown 18 promises…This was the last budget, yet nothing was implemented satisfactorily as contained in the Reorganisation Act. So, we decided to come out of the alliance. Will you call that opportunistic?” he asked.

However, Naidu’s critics are quick to point out how he reversed his stand against Modi.

“Why did he tolerate the BJP for the past four years? He knew that they were not going to give special category status to Andhra Pradesh,” said political analyst Amar Devulapalli.

The major factor that might have influenced Naidu to pull out of the NDA now, analysts say, is the huge response to the padayatra of Andhra Pradesh leader of opposition and YSR Congress chief Y.S. Jaganmohan Reddy, which seemed to have made the CM jittery.

So, when Jagan sent a no-confidence motion to the Lok Sabha Speaker against the NDA government on the Andhra special status issue Friday, Naidu displayed quick one-upmanship, pulled his ministers out of the Union Cabinet and followed that up with exiting the NDA and moved his own no-confidence motion with flair and drama.

Jagan resorted to social media to say: “Even if guided by political compulsion, TDP had to yet again follow YSRCP’s lead of moving no-confidence motion against the central government.”

“After 4 years of relentless struggle and fight by YSRCP with people’s support for Special Category Status; finally the nation, including Chandrababu Naidu’s TDP wakes up!” he said in a social media post.

For the man on the street, Naidu may still be hailed as a visionary leader, a man who businessmen and investors across the world admire. Naidu has portrayed himself to be the chosen one who has responded to their demand of special status, a sentiment that could be drummed up as a run-up to the elections.

“Naidu is a shrewd player. He may even ask Congress to field candidates in all 175 constituencies to cut into Jagan’s chances,” said Devulapalli.

He also points to another pattern in Naidu’s career — that he has won elections in Andhra each time he aligns with a national party and not otherwise. The years between 2004 and 2014, when Naidu fought elections on his own, he sat in the opposition. This led to Naidu holding out an olive branch and readily align with Modi in 2014, despite the harsh words of the past.

“This why he is called a rank opportunistic leader,” Devulapalli added. #KhabarLive

Why ‘Dissent Brewing’ In Telangana Congress ‘Cadre And Leadership’?

The Acrimonious Cry Of People Of Srikakulam, Worst Hit By Devastating...