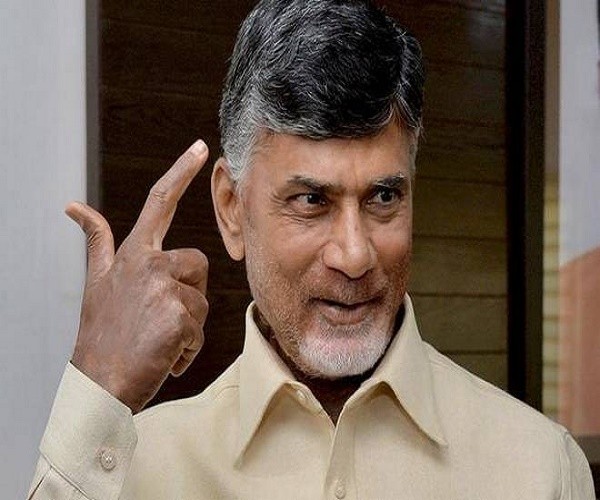 For Andhra Pradesh Chief Minister N Chandrababu Naidu, politics is like a chess game. He usually does not make any unnecessary moves. Even before making a small move like the removal of a pawn, a lot of thinking goes into it. Its significance would be known only much later though in the short-term it looks plain unintelligent.

When Naidu said the BJP dispensation was using the British Raj’s time-tested political stratagem of divide and rule when dealing with the two Telugu speaking states of AP and Telangana, his statement had given an indication that he is authoring a coalition calculus effective enough to benefit him and deal a blow to BJP at the national level.

At the beginning of this year, Naidu was game for an alliance with TRS in Telangana. The TDP and even TRS leaders had built water-tight arguments as to why the chemistry between TRS and TDP would work though they fought last elections like sworn enemies.

The TDP, after calling KCR and his men names in the run-up to the last general elections, had said that the pink panthers had TDP DNA in them and that one should not forget that Naidu was once KCR’s boss. The TRS too appeared not very opposed to sailing with the TDP. Both seemed to have decided to let the bygones be bygones and work shoulder to shoulder, going forward.

After Jagan Mohan Reddy began stealing a march over Naidu using Special Category Status (SCS) as a weapon to pummel Naidu, the latter decided to step out of the BJP’s shadows and take a plunge head-long into the movement for SCS.

Though it amounted to losing a little bit of sheen of his credibility, as he was till then the bosom friend of Prime Minister Narendra Modi, he, nevertheless did it, after deciding that leaving Modi was a better electoral proposition than staying with him.

As Naidu began distancing himself from BJP, an interesting development was taking place in India’s youngest state – Telangana. Chief Minister K Chandrasekhar Rao began cosying up to Modi, though behind the scenes, for obvious reasons.

Though it is a moot question if KCR made the first step or Modi in reaching out to each other, the fact remains that they are much closer now than ever before. With this, the proposal for an alliance with TDP disappeared into thin air and TDP is left on its own in both the states.

The new pattern in the political kaleidoscope suddenly began throwing up another way out for Naidu to make most of the situation. He swiftly opened channels of communication with the Congress, sending a message that making friendship with Congress is a better bet in the present circumstances since it is the arch-rival to the BJP and that the Congress had already declared that it would accord SCS to AP if it comes to power.

By being on the side of the Congress, Naidu does not lose anything in Andhra Pradesh as the party is yet to show any signs of coming back to life and in Telangana, he would stand to gain since the Congress is a bigger party compared to TDP. The TDP is as good in Telangana as the Congress in AP is. In this political business, Chandrababu Naidu is in a win-win situation since he does not lose anything and on the other hand, he could, if he can play his cards deftly, walk away with a few seats in Telangana where the parry lies in a highly demoralised state.

The only argument that Naidu has for extending his hand of friendship to the Congress is that in the larger scheme of things at the national level, the political formation led by the Congress alone would be able to dislodge Narendra Modi in the next elections if the tide of the public opinion turns in its favour.

He has spent a lot of oxygen in painting the BJP as the villain of Andhra Pradesh, stalling all development and going back on the assurances made in the AP State Reorganisation Act, 2014. Now he has his defence ready for aligning with the Congress- it is a national party which is against the BJP which had left AP in a lurch.

To infuse more strength into the Opposition unity, Naidu is trying to take on KCR first in Telangana in association with the Congress. Though it is not yet decided, both the parties are likely to have M Kodandaram of TJS as the face of Grand Alliance to attract Telangana voters.

It is expected that the Congress would neutralise the influence of “anti-Telangana TDP” with both of them bringing up KCR’s “relations” with BJP to alienate the Muslims who are substantial in number in Hyderabad and rest of Telangana. The Congress has already deployed its troubleshooter and former Union Minister Ghulam Nabi Azad for this purpose.

KCR too has stockpiled several weapons in his armoury to deal a blow on the Congress as well as the TDP, like campaigning that the grand old party has joined forces with the TDP which had fought against bifurcation of the state.

As regards the TDP, the TRS has already started a campaign that the people in Telangana should throw Naidu out lock and stock and barrel since he is a persona non grata in Telangana. It is likely that the TRS would resurrect TDP’s statements against the Telangana government for taking up irrigation projects in Telangana, contending that they would harm AP’s interests like the Palamur Lift Irrigation Project.

Since Naidu’s adversary, YS Jagan Mohan Reddy is always “pally” with KCR, the AP Chief Minister wants TRS to lose the early election to Telangana Assembly. If KCR comes back to power, by the time AP goes to elections next year, he would have tough time as Jagan Mohan Reddy would have two major sources of support – TRS and the BJP.

Though TRS has no stakes in AP, KCR could still throw a spanner in Naidu’s calculations through Jagan Mohan Reddy. That is the reason why he wants to arrest the forward march of the TRS in Telangana and also go to town in AP with the call not to vote for YSRCP since it is hand in glove with BJP which had brought ruin to Andhra Pradesh.

What probably warms the cockles of Naidu is that KCR is going for early polls as he seems more or less convinced that the BJP would face a tough time in facing anti-incumbency across the country and he would be a loser if elections are held as scheduled along with elections to Lok Sabha. He fears the anti-incumbency would have a rub-off effect on his prospects in Telangana. For Naidu, early elections in Telangana come as a vindication of his assessment that Modi is losing out in the next elections.

With revelations in Rafale deal coming out in the open, the TD camp believes that the BJP is on the way out and therefore Naidu should craft a credible strategy to rein in pro-BJP forces and help the formation of a formidable coalition at the national level to vanquish the BJP juggernaut.#KhabarLive 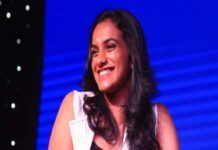 Election Code Order In Telangana Leaves KCR With A Pile Of...