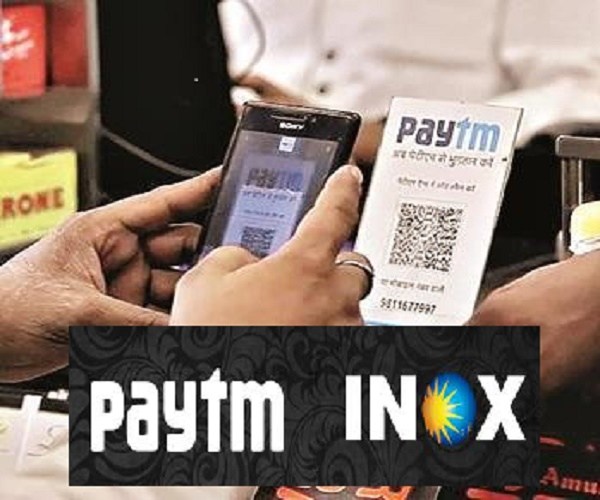 Hyderabad police have started a preliminary inquiry into Paytm and Inox multiplexes charging internet handling fees. The internet handling fee levied on customers is illegal according to the IT Act 2016 and neither has RBI given out any notification allowing the same, allege Hyderabad based activist who had earlier filed a consumer court case against BookMyShow and PVR multiplexes for a similar offence.

“The Central Crime Station (CCS) of the Hyderabad police have initiated a preliminary inquiry and will take legal counsel before taking any action,” said Avinash Mohanty, Deputy Commissioner of Police (DD) Avinash Mohanty to #KhabarLive.

Vijay Gopal, the complainant had booked a movie ticket at Inox multiplex in the city through the Paytm app and found that he was being charged 30% more than the actual ticket cost.

“I had purchased 2 tickets of Rs 138 each which amounts to Rs 276. However, by the time I made the payment the total transaction charge was Rs 356.12, that is Rs 80.12 extra,” said Vijay, also President of Forum Against Corruption.

The Rs 80.12 charged by Paytm and Inox comprised of cancellation protection charges of Rs 33.9, a convenience fee of Rs 12 and booking a charge of Rs 22. Similar charges are also made by food apps, flight booking apps and many others in the digital payment ecosystem.

The activist says digital service providers such as Paytm, BookMyShow and others don’t have the permission to charge such fees according to 6A (3) section of the IT Act. The Act says for service providers to collect, retain and appropriate service charges they would need to take permission from government authorities.

The Reserve Bank of India (RBI) in a Right to Information (RTI) response to the activist clarified that they had not authorised any e-commerce portal, e-wallet or any other service provider to levy charges for usage of internet and shift that burden of cost to the consumers. Neither has Ministry of Electronics and Information Technology (MEIT) given permission to any service provider to levy service charge in the form of fees, revealed another RTI.

The activist had earlier filed a consumer court case against BookMyShow and PVR multiplex. “I had recently come to know that this practice of illegal fee collection is a violation of the IT Act also. I had thought of it as an unfair trade practice, but this is much bigger than that,” added Vijay.

The activist had also filed a grievance with MEIT following which both the firms were sent emails with a request to “Kindly look into the matter urgently and resolve it as per RBI and Government guidelines for Digital Payments.”

Paytm has not responded to #KhabarLives queries about the illegal fee being collected. The copy will be updated if and when they respond. #KhabarLive