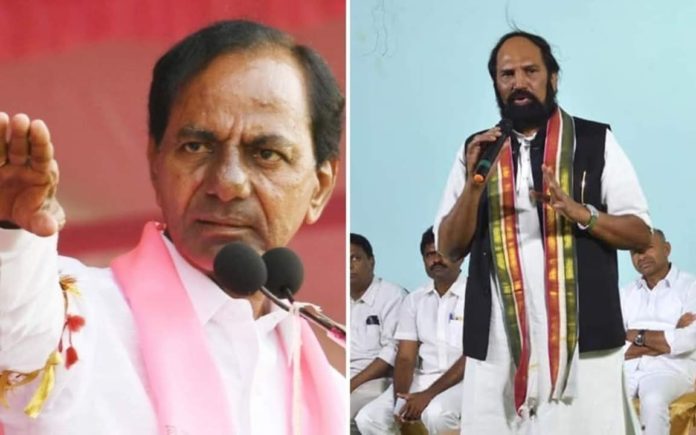 The Congress is likely to lose Opposition party status as its strength will come down to just six. In a huge setback for the Congress in Telangana, 12 of its MLAs met Assembly Speaker P Srinivas Reddy and gave him a representation to merge the Congress Legislature Party with the ruling Telangana Rashtra Samithi.

The Congress’ strength in the 119-member House came down to 18 after the party’s Telangana state unit chief Uttam Kumar Reddy tendered his resignation from the Assembly on Wednesday, 5 June, after being elected to the Lok Sabha from Nalgonda.

In March, 11 Congress MLAs had announced that they would join the TRS.

“This is the most shameless and brazen murder of democracy in Telangana – KCR buys a few @INCTelangana MLAs and the defectors apply for merger of Congress Legislature Party (CLP) into TRSLP even while their disqualification petitions are pending with the Speaker,” he tweeted.

He and other senior Congress leaders in the state have been taken into preventive custody as they staged a protest with black bands on their mouths against the rebel MLAs and the ruling party outside Assembly.

Uttam Kumar also alleged that KCR was “pressuring the Speaker to illegally and immorally merge the CLP into TRCLP”. “We will fight this out democratically. We have already filed a petition in the High Court (on the defections issue),” he further said.

“All the TPCC spokespersons and important leaders are requested to attend the media debates and expose the undemocratic and anti-constitutional attempt of merging CLP into TRS (sic).”

Senior Congress legislator Gandra Venkata Ramana Reddy said the 12 MLAs decided to work with the chief minister for the development of the state.

He further confirmed that they gave a representation to the Speaker requesting him to merge them with the TRS.

“We held a special meeting of the Congress Legislature Party. The 12 members supported the leadership of Chief Minister KCR and wanted to work with him. We gave a representation to the Speaker and requested him to merge us with the TRS,” Reddy said.

As 12 MLAs account for two-third of the Congress Legislature Party, which has an effective strength of 18, they will not attract provisions of the anti-defection law, officials said.

If the Speaker accepts their request, the Congress may lose the Opposition party status as its strength will come down to just six.

The AIMIM led by Hyderabad Lok Sabha member Asaduddin Owaisi has seven members in the Assembly, while the BJP has just one.

Is BJP Looking For Fire-Brand And Aggressive Leader In Telangana?