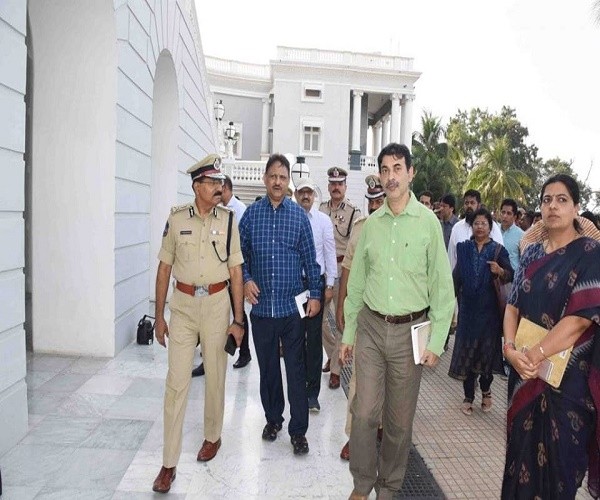 The recent judgement of the Supreme Court plugged an important loophole in the selection of the DGP by the State governments. In an application filed by the Government of India for modification of the judgement in Prakash Singh vs Union of India and others, the Supreme Court ordered that the State government would have to choose the DGP from a panel to be prepared by the UPSC.

The Court also made it clear there is no concept of an acting DGP as per the decision in the Prakash Singh case and the State government shall never conceive the idea of appointing any person to the post of DGP on the acting basis. The DGP should have tenure of two years but if it extends beyond the date of superannuation, it should be a reasonable period and the practice of appointing a person with a tenure on the last date of retirement is not in conformity with the spirit of the honourable court’s direction.

It all started with the National Police Commission recommendations which were submitted in the year 1980. Since they were not implemented by the Central and the State government, Prakash Singh, the retired DGP of Uttar Pradesh, filed a Public Interest Litigation in this regard. It finally came up for hearing before the Supreme Court bench in the year 1996 wherein the Supreme Court gave a number of directions to the Central and the State governments in tune with the recommendation of the National Police Commission to insulate police force from excessive political interference.

Directions include setting up of the State Security Commission, setting up of the Police Establishment Board and Police Complaints Authority. In addition to the above, the Commission also prescribed the procedure for selection of the DGP from a panel to be prepared by the UPSC and that the person so selected will have a tenure of two years. These directions will be in operation till the State governments bring out a comprehensive legislation covering the above recommendations of the National Police Commission.

The State governments have found a way of creating and exploiting a loophole arising out of the above judgement of the Supreme Court with reference to the appointment of the DGP. A person of the choice of the political establishment is first appointed as an acting DGP and allowed to continue till the date of superannuation as acting DGP. A few months before his retirement, a list is sent to the UPSC and, of course, the acting DGP name finds a place in the UPSC panel and then he is given a tenure of two years.

Thus, the State governments will get a DGP of their choice for a period of four years, or even five years.

State after state started following this practice and we had any number of acting DGPs who subsequently also were the beneficiaries of a further tenure. Thus, the remedy became worse than the disease. When the Andhra Pradesh State government tried to continue the same practice a few months back, the Government of India took an exception to the request since such requests were coming from a number of other states and finally approached the Supreme Court for clarification, based on which this judgement has come.

Meanwhile, the Andhra Pradesh government as well as the Telangana government amended the State acts to give them freedom to select the DGP without involvement of the UPSC. It was at this juncture in the last week of December, I wrote a letter to the Chief Minister of Andhra Pradesh pointing it out that the amendment may not stand the scrutiny of Supreme Court as the State government cannot legislate on one aspect ignoring the other directions of the Supreme Court, which also need to be covered by the legislation.

The present judgement of the Supreme Court validates the viewpoint I brought to the notice of the Chief Minister. The present order puts an end to the pernicious practice that is being followed by a number of states of having an acting DGP. Acting DGP is the last thing that a police force already reeling under undue political interference would like to have. I am glad with reference to one of the directions of the Supreme Court, which removed ambiguity.

Both Andhra Pradesh and Telangana may have to approach the UPSC for preparation of a fresh panel for selection of the DGP. But the other directions of the Supreme Court with regard to the recommendations of the National Police Commission are not implemented by the States or when implemented, it is only in letter, but not in spirit. It’s unfortunate the Central government has thought it fit only to bring to the notice of the Supreme Court the violation by the State governments in the appointment of the DGP whereas there are violations with reference to the other directions of the Supreme Court in Prakash Singh judgement which also need to be addressed.

Regarding the Civil Services, former Cabinet Secretary TSR Subramanian filed a Public Interest Litigation before the Supreme Court wherein a series of directions were given. Those are observed more in their breach than in observance. Even those directions do not cover the issue of tenure for the Chief Secretary. Why can’t the central government now on its own or otherwise start the process for ensuring a tenure for the Chief Secretary and selection from a panel to be prepared by UPSC.

This is also equally important to insulate the bureaucracy from undue political interference. Otherwise, like an acting DGP we also have daily wage Chief Secretaries whose services can be terminated with a day’s notice. It happened earlier and can happen in future as well.#KhabarLive

Will Legalising Euthanasia Give Patients Rights, Or Will It Result In...