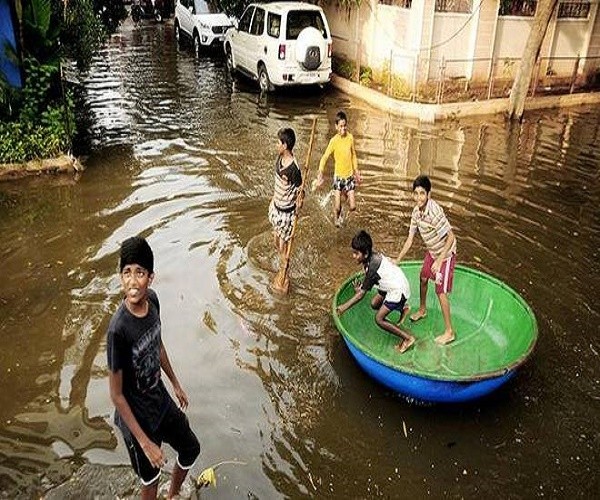 This conclusion, unanimously agreed upon, emerged from a recent brainstorming session of engineering experts, conducted by GHMC to seek solutions to prevent urban flooding.

‘Why widen nalas?’
Cosmetic solutions such as box culverts, widening the nalas, diversion of storm water, and road repairs will act only as temporary panacea, if the sewerage question is not addressed in toto, they felt. “What is the point of widening the nalas if they are to carry more than half of the city’s untreated sewage even during dry season,” questioned an engineer at the session.

The total sewage treatment capacity installed in the city, whether by Water Board or GHMC or HMDA, does not exceed 750 million litres per day (MLD), while the total sewage outflow amounts to close to 2,000 MLD.

With sewerage network and storm water drains being interconnected in the city, much of the sewage generated here enters nalas to merge with Musi river. At the same time, during heavy rains, flood water gushes into sewerage network, resulting in overflowing drains across the city, besides causing inundation.

Works delayed
Answering a question during the recent GHMC Council meeting, Engineer (Projects) R. Sreedhar mentioned that the nala widening works were being delayed as the storm water drains carried dry weather flow in terms of sewage up to 25% to 60% of carrying capacity, varying from case to case.

The solution to that, as suggested during the session, is to disconnect the sewage outlets from the storm water drains, and treat the sewage before letting it into Musi River. “Many experts, including retired engineers from civic bodies and Irrigation department, admitted during the round table meeting that the existing nalas will suffice with removal of a few bottlenecks if the sewerage network is strengthened enough,” says the engineering official.

Besides, desilting of nalas will be a lot easier when sewage does not enter them. As of now, GHMC hardly gets any contractors or labour willing to do desilting works. #KhabarLive