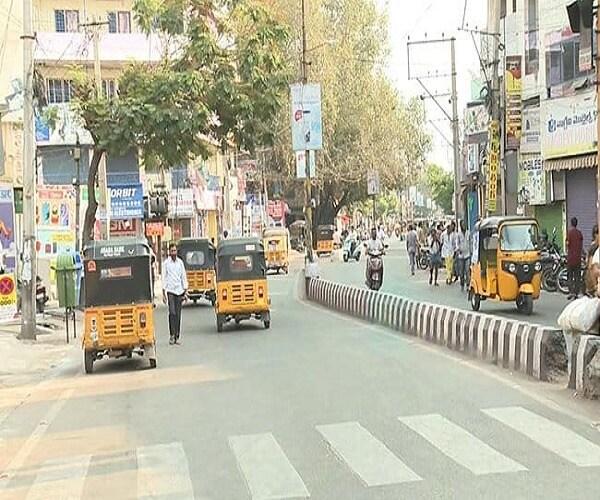 Notwithstanding the lockdown announced by both Telangana chief minister K Chandrasekhar Rao and his Andhra Pradesh counterpart YS Jagan Mohan Reddy in their respective states till March 31, people of the two Telugu states seem to have gone mad.

Though both the chief minister made a strong appeal to the people not come on the roads, except for a brief period to buy essential commodities, they gave a damn to the appeal and came on to the streets in hundreds, thronging the Kirana shops, supermarkets, vegetable markets and petrol pumps in large numbers.

The governments had banned public transport like buses and auto-rickshaws, hundreds of private vehicles including cars, motorbikes, and scooters were found plying on the roads causing traffic jams in busy areas like Punjagutta, Ameerpet, LB Nagar, Kothapet, Dilsukhnagar, Kukatpally, etc.

The police had no clue how to control them, as the people violated the government orders. There was panic buying everywhere including vegetables and provisions.

As a result, the state government took the issue seriously and instructed the police and the civic authorities to take strict measures.

ALSO READ:  Majority Of Covid Deaths Were Patients Without Comorbidities In Telangana

“From 7 pm to 6 am until the next morning, nobody should be seen on the roads. Whoever wants to buy anything, they can do so only till 7 pm under restrictions. If anybody is visible on the roads after 7 pm, he will be booked by the police under various criminal cases,” he said.

The DGP said people should come out in their vehicles only for emergency purposes. While only one person is allowed to travel by bike, only two persons will be allowed in any four-wheeler.

“They will be allowed to travel within their residing area and not everywhere,” the DGP said. #KhabarLive