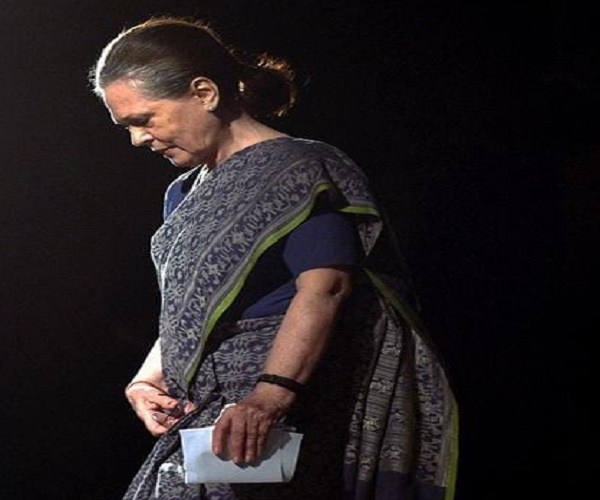 It has been over a month since Sonia Gandhi took over the charge of the Congress, but the party is still to recover from the severe setback it suffered in the Lok Sabha elections. It seems that the party has no clear plan to revive itself as the main Opposition party of India.

Amid despair and son Rahul Gandhi’s decision to step down from the post of party president, Sonia Gandhi was appointed as the party’s interim chief on August 10 at a meeting of the Congress Working Committee (CWC), its highest decision-making body. Rahul, who was made the Congress President in 2017, relinquished his post taking moral responsibility for the electoral debacle.

The immediate task for Sonia Gandhi is to ensure cohesion in the party, stop desertions and prepare for the Assembly elections due in Maharashtra, Jharkhand and Haryana in the next few months.

On September 12, she held a meeting with all the party general secretaries, states’ in-charge and state unit chiefs and emphasized on the need for coordination, while invoking the ideology of the party as well as that of Mahatma Gandhi.

She advised party leaders to not take up the agitation on social media, but also to go to the people and highlight the misdeeds of the government over the economic slowdown and retrenchment in several sectors.

Some sections in the party say Sonia Gandhi has taken some “corrective steps” over the last one month, but some others feel she has failed to take any measures to revive the party after the Lok Sabha poll drubbing.

“We cannot see a date for the revival plan. No major decision has yet been taken,” a party leader told #KhabarLive.

The party leader pointed out that a decision on ‘one-man, one-post’ is yet to be implemented in the central leadership.

Not just the poll-bound states, the party needs a leadership change in many other states, like Karnataka, Telangana and Goa, where the party has witnessed mass desertions after the Lok Sabha polls as well as the state Assembly polls.

In Karnataka, the party lost its 14-month coalition government to the BJP in July after several MLAs switched sides. In Uttar Pradesh, the Congress leader pointed out, all the district committees of the party were dissolved in July this year, but no decision has been taken since to reconstitute those.

“And now there are by-polls in 13 Assembly constituencies (of UP),” he said, adding, “So, who is going to lead the party there?”

On the other hand, a Congress general secretary, who did not wish to be named, told #KhabarLive, “Sonia Gandhi has done a lot of work in the past month. She has saved the party from splitting in Haryana and Maharashtra, by taking corrective decisions at right time before it was too late.”

As an example of Sonia Gandhi’s “achievements,” the party leader referred to the appointment of former union minister Kumari Selja, who is considered a Sonia aide, as the Haryana Congress chief, replacing Ashok Tanwar, a close confidante of Rahul Gandhi.

“While doing so, she also appointed former Haryana Chief Minister Bhupinder Singh Hooda as the chairman of the Election Committee and the CLP as well as the leader of the party in the state, thus ending his threat to the party, which he had given during his mega rally in Rohtak on August 18,” he said.

He noted that the United Progressive Alliance (UPA) chairperson has also taken organisational decisions in Maharashtra, where the Assembly polls will be held later this year.

“By appointing Balasaheb Tharot as the party state unit chief, she has given an indication that the party is not taking the Assembly elections lightly in the state,” he said.

He said with revocation of the expulsion of former state minister and Vidarbha leader Satish Chaturvedi, Sonia Gandhi has given a clear message that the party wants to make a comeback in this election.

She has also appointed Jyotiraditya Scindia as chairman of the screening committee for Maharashtra polls. Scindia is engaged in a bitter fight with Kamal Nath, Chief Minister of his home state Madhya Pradesh.

She also appointed Rameshwar Oraon as the Jharkhand Congress chief, following the resignation of Ajoy Kumar, who accused several senior party leaders of not working for the party.

During her meeting with the party Chief Ministers, states-in-charge and state unit chiefs, Sonia Gandhi had batted for preference in party posts to the workers responsible for the party’s victory in the Congress-ruled states of Madhya Pradesh, Rajasthan, Chhattisgarh and Punjab and Union Territory of Puducherry.

A party general secretary said after making appointments in the poll-bound states, Sonia Gandhi is now focusing on Madhya Pradesh and Rajasthan, where infighting among the top leaders is clearly visible.

“In a bid to end infighting in the Madhya Pradesh, where the party has a thin majority with the support of the Samajwadi Party, Bahujan Samaj Party and independent MLAs, she has held meetings with Chief Minister Kamal Nath thrice in last three weeks, the latest being on September 13.

“Before the Chief Ministers’ meeting, Sonia Gandhi conveyed to Kamal Nath her unhappiness over the infighting and asked state in-charge Deepak Babaria to submit a report on the same,” he said.

The Congress leader said Scindia, whose faction has openly sought for his appointment as the state unit chief, is also likely to meet Sonia Gandhi to discuss the leadership issue in the state.

The verbal war between the Scindia faction and the rest had snowballed into a major crisis in the state.

Meanwhile, in Rajasthan, fissures in the state unit have come out in the open with Pilot openly criticising Chief Minister Ashok Gehlot over the issue of delay in forming an SIT over the death of Pehlu Khan after the Congress came to power in the state. Pilot had even hit out at the poor law and order situation in the state. #KhabarLive