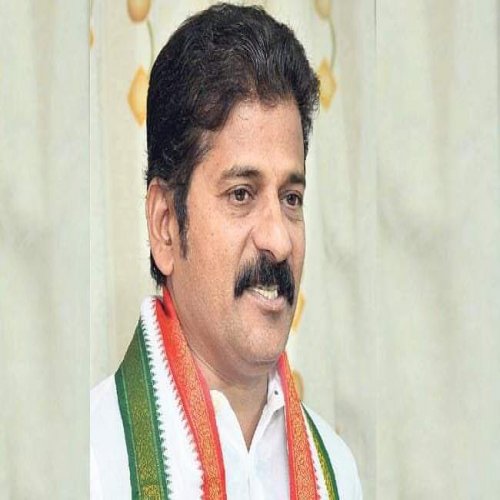 All decks seems to have been cleared for the appointment of firebrand Congress leader and Lok Sabha member from Malkajgiri parliamentary constituency A Revanth Reddy as the president of Telangana Pradesh Congress Committee soon.

According to reports from New Delhi, the appointment of Tamil Nadu MP Manickam Tagore as the AICC in-charge of Telangana affairs in place of Ramachandra Khuntia last week is believed to be the signal for the appointment of Revanth as the PCC chief. At present, Revanth is the PCC working president.

Khuntia had been associated with the Telangana Congress for almost seven years – first as secretary along with Digvijay Singh, then party-incharge of Telangana and later, as general secretary in-charge from 2016 to 2020.

Basically, from Odisha, Khuntia was considered to be close to present PCC chief N Uttam Kumar Reddy and both of them had miserably failed to revive the party in 2018 elections and in 2019 parliament elections later. There were several allegations against Khuntia.

On the other hand, Manickam Tagore is a dynamic youth leader who has fair knowledge about Telangana.

He is said to be a close friend of Revanth Reddy for a long time and he was picked up reportedly at the suggestion of Revanth.

In fact, in March, when Revanth was arrested by the police in connection with the unauthorised drone flying case, it was Tagore who had raised the issue in Lok Sabha.

He accused the Telangana Police of arresting Revanth in a “false case” and accused the state government in the state of “political vendetta”.

Stating that Revanth should not be arrested when Parliament was in session, Tagore also demanded that the Home Minister should brief the House on the matter. #KhabarLive #hydnews