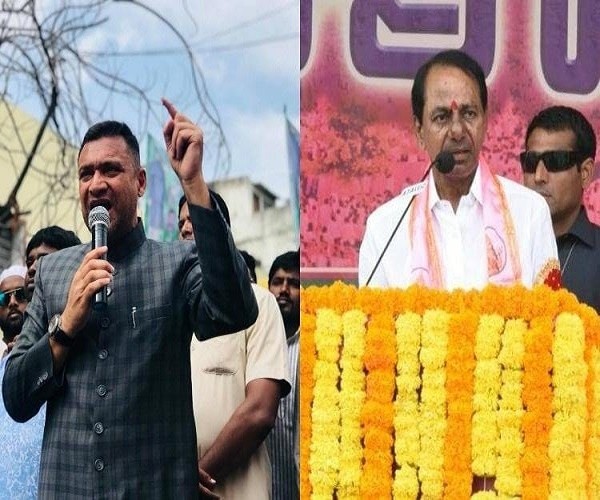 In what could be seen as a message to the Telangana Rashtra Samiti and its president K Chandrasekhar Rao, their friendly ally—All India Majlis-E-Ittehadul Muslimeen (AIMIM)–has made it clear that they are also in the race for the Chief Minister’s post, although they have a small presence in Telangana.

A day after Chief Minister KCR dissolved the assembly, AIMIM floor leader, Akbaruddin Owaisi, addressing a public gathering in Mallepally on Friday said that they too can become Chief Minister like HD Kumaraswamy in Karnataka.

Akbaruddin said, “KCR had said that the elections will happen in November and he will become Chief Minister in December. I am saying.. after elections in November, I will ask in December who will support us? We too will ask… if Kumaraswamy becomes (Chief Minister), can’t we?”

MIM Floor leader AkbaruddinOwaisi hints his party planning a big role post #TelanganaElections result. Says-when Kumaraswamy can become CM why not they. Party chief Asaduddin Owaisi has made it clear that his party will not have any alliance with TRS and contest wherever possible pic.twitter.com/TI4qzHrerH

In Karnataka, the Janata Dal Secular party that won only 40 seats, could form the government after forging a post poll alliance with the Congress. As part of the alliance, JDS president HD Kumaraswamy was given the post of the CM.

On Thursday, after dissolving the cabinet, addressing the media KCR said that his relationship with AIMIM was intact, and made it clear that AIMIM was a friendly party and will continue to remain so.

He said, “AIMIM is a friendly party and we will have a friendly contest.”

He even recalled how AIMIM’s president Asaduddin Owaisi had lent support for the TRS to form the government, in order to give it stability.

However, the latest speech from Akbaruddin has clearly indicated that it won’t be an easy task for KCR to get back to the CM’s post unless he wins with a sufficient majority to form the government on his own strength.

KCR, presently, the caretaker Chief Minister, also told the media that he himself will be Chief Minister if TRS wins the elections.

Meanwhile, the Chief Election Commissioner, OP Rawat has come down heavily on the caretaker CM for speculating on the possibility of when the assembly elections in Telangana would be held.

The CEC slammed KCR calling the speculation ‘ridiculous’. “The CM’s announcement is ridiculous. Finalizing the schedule is the prerogative of Election Commission of India. Anybody talking about the schedule is uncalled for,” he told.

He also claimed that he did not have any discussion with KCR related to polls. According to reports, Rawat addressing media at Delhi said, “Telangana Chief Minister K Chandrasekhar Rao did not speak with me. It is very unfortunate for a Chief Minister to say this.” #KhabarLive

#ElderlyCare: Why India Is Growing Old And Why Aren’t We’re Concerned?

Constancy Of ‘TRS Populist’ Schemes A ‘Plus Point’ For KCR Govt...