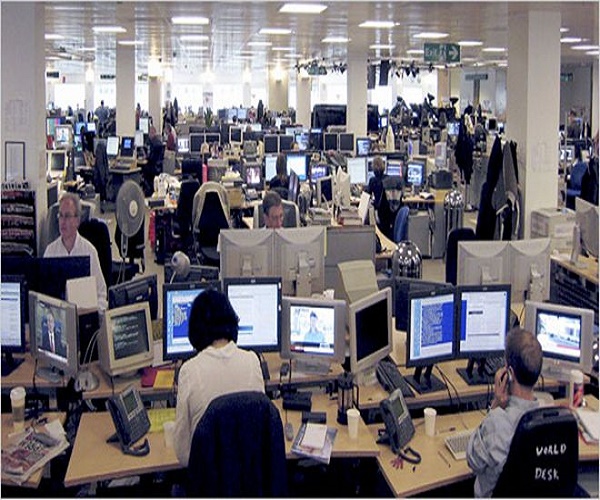 The KCR-led Telangana government allowed the IT companies, since 1 June, to resume work with 100 per cent of their workforce. It is further focussed on attracting investments and enterprises that are looking to move away from China and other large manufacturing countries.

From offering free rental space to Information Technology (IT) companies and counselling their directors to prevent layoffs to widening its IT training programme, the Telangana government has been proactively taking measures to minimise the damage of the Covid-19 crisis on its software sector.

“Several NRIs who are keen to move back to their home state of Telangana would need sufficient business opportunities here to take a final decision in this regard,” said Jayesh Ranjan, principal secretary, IT department. “So we have been in touch with the Indian high commissions in many countries and the European Business Group to spread the word on the benefits of investing in Telangana.”

And the state has good reason to ensure that its IT sector, much of it concentrated around capital Hyderabad, is up and running at the earliest.

This, in turn, has helped provide additional employment to 2.1 lakh professionals in the IT industry, officials of the state IT ministry said.

Telangana registered a 17.93 per cent growth in IT exports for 2019-2020, more than double the national average of 8.09 per cent, according to the IT department’s report released by the chief minister’s office on 20 May.

IT Minister K.T. Kama Rao, while submitting the annual report, had claimed that despite the onset of Covid-19 during the last quarter of the financial year (January 2020-March 2020), “a phenomenal export growth was recorded”.

According to the report, IT employment in Telangana also grew at 7.2 per cent in the last fiscal year as compared to the national average of 4.93 per cent.

But the lockdown has hit the industry in more ways than one, despite most of them switching to the work-from-home model. Most firms have found it difficult to adjust to working from home due to data protection concerns, internet connectivity and stretched working hours. They also expressed concerns on having to pay rent despite not occupying the offices.

IT players pointed out that some staff did not have the necessary equipment, like laptops, and even if they did, the work culture, of a trust deficit between bosses and employees, affected work.

Others pointed out that some clients stayed away due to data protection fears, clients were apprehensive to do business.

Bharani Aroll, president, Hyderabad Software Enterprises Association (HYSEA), said that even post lockdown, the night curfew in the city has added to concerns as for multiple IT firms, clients are abroad.

“As even when relaxations were announced, the night curfew remained due to which we couldn’t have even 30 per cent staff operating from the offices as they would have issues returning at night as the government was monitoring that,” Aroll told #KhabarLive, adding that no public transport is available either and not everyone has private vehicles.

“Although relaxation for the IT sector is 100 per cent, the night curfew can be an obstruction,” he added. “Those on night shifts with the US, UK clients cannot be working in an office as they cannot be at work beyond a particular time, so we would rather have everyone work from home.”

The IT industry contributes 1,50,000 crore to Hyderabad annually, according to a senior official of the state government. Of this revenue, 60 per cent comes from major IT players such as Google and Microsoft while the remaining 40 per cent comes from the mid-scale and very small firms.

“Given the lockdown, it is estimated that there will be a loss of 30-40 per cent overall,” IT Principal Secretary Jayesh Ranjan told #KhabarLive. “The losses will be calculated only in the time to come since the firms continued to work on the projects that they had from earlier.”

Ranjan added that over the next two months, there will be a drop of 20-40 per cent in terms of the number of projects from US clients in particular. “So say if they were getting Rs 100, they will now get Rs 40,” he said.

According to Ranjan, a chief challenge has been helping IT firms reduce their real estate bills. It is to mitigate these losses that the government has come up with a number of measures.

“Many firms aren’t able to pay rentals for their office buildings given the losses encountered during this phase, so depending on the situation and firms that reach out to us, we will either provide them free rental space in certain pockets of Hyderabad, outskirts of other towns or at Warangal,” he said. “We will also provide land at subsidised rates.”

The government had constituted a task-force to help cope with the impact of Covid-19 on the IT industry in Hyderabad. “The committee comprises three government officials and three industrialists to ensure we are keeping everyone’s best interests in mind while taking decisions,” Ranjan said.

A key initiative of the task-force has been examining layoffs across IT firms in Hyderabad.

“The team members examined 91 such cases, of which 65 per cent were successfully taken care of,” added the government official. “If we found that a (layoff) case could have been avoided, we got in touch with the firm convincing them to retract the decision.”

The IT principal secretary further told #KhabarLive that in one such case, the committee managed to get a company, Quess Corp, to take back 18 employees it had laid off.

The state government has also got its Telangana Academy for Skill and Knowledge (TASK), a non-profit skill development organisation that it runs for students, to now open up courses to a wider range of people in the IT sector.

“There are people who might find survival difficult given the changing dynamics amid the pandemic so perhaps they need to re-train themselves in technology, artificial intelligence, and other such programmes to stay relevant,” Ranjan said. “So the institute will allow people from the IT sector to attend its skill development courses.”

This could include people who have lost their jobs and wish to upscale their skills for increased job market value in this sector, he added.

The CEO of the institute, Srikant Sinha, told #KhabarLive that another objective for TASK is to ensure adequate manpower in the districts, away from Hyderabad, for companies that look to move there. Sinha said TASK will be collaborating with Coursera to start some courses in a week’s time.

“Small and medium-sized organisations that move to districts in the state and get housed in the IT towers there will grapple with getting the right manpower in the districts,” Sinha said, adding that TASK will work closely with such organisations to provide entry-level manpower.

“In case, an organisation is looking for some specific skills that are not available in the districts, then based on their requirements, we will jointly design and implement a skilling program,” the CEO said. “Based on their eligibility criteria, we will shortlist candidates, and commence the skilling programme for the candidates along with the partner organisation.”

He further said that the trained and skilled candidates will be provided to the organisations without any added cost for training. “This will help these organisations that have been hit by the lockdown, to commence operations within a short time itself,” Sinha said.

Despite the government measures, the IT companies are adopting a ‘wait-and-watch’ policy for now. A majority of firms in Hyderabad, one of the country’s biggest IT hubs, continue to work from home, a decision driven by apprehensions among the workforce, operational challenges such as ensuring social distancing in office, and continued restrictions on people’s movement especially with a night curfew still in place here.

IT department officials said 85 per cent of the firms still continue to operate on the work-from-home model and are hesitant to resume office operations at this stage. While a few companies have chosen to resume operations, only 20 to 30 per cent of employees physically visit the office.

Low office occupancies are expected to continue until the end of this month, industrialists told #KhabarLive. With the recent spurt in cases in the state, employers are playing it safe.

B.V.R. Mohan Reddy, executive chairman of Cyient, a global engineering and technology solutions company, feels the biggest challenge has been the uncertainty that the pandemic brought with it. “No company had a business certainty plan in this, so we had to enable our employees and provide them with the setup — be it hardware, software, or dongles to ensure proper connectivity,” Reddy said.

He lauded the government for ensuring uninterrupted power supply and giving essential permissions and passes during the lockdown to help move equipment from the office to the homes of employees. “But the mindset is still traditional. For the work-from model to sustain in India, a change of mindset is also required,” Reddy told #KhabarLive, explaining that work was about outcome-based evaluation more than the number of hours someone puts in while sitting at home.

Nasscom’s national GCC chair V. Laxmikanth, while admitting that most Global Capability Centres (GCCs), were adopting cautious attitudes while returning to work, said offices now need to be re-designed for the pandemic. “This could mean allowing seating for only 600 people where earlier 1,000 employees could be seated,” he further said.

Like in Hyderabad, Bengaluru, India’s Silicon Valley, has seen a huge impact on IT and iTES companies during and post the lockdown. The worst-hit has been small and medium enterprises (SMEs) and startups, which have seen 60-65 per cent of businesses being affected due to the lockdown. #KhabarLive #hydnews