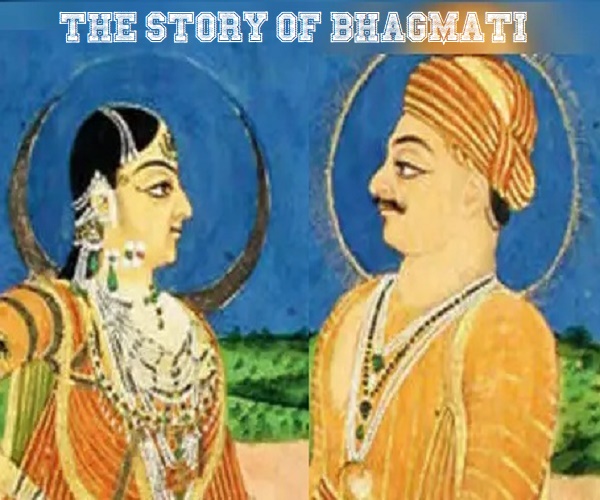 Heritage enthusiast seeks to demolish the myth of Bhagmati, with whom the city’s founder Mohd. Quli Qutb Shah is believed to have fallen madly in love, saying there is no inscription bearing her name or a trace of her grave.

True love never grows old. So is the legend of Bhagmati. Hers was love made up of stolen moments – bitter, sweet, and poignant. She was the damsel in distress and he the knight in shining armor.

Nothing could stop the star-crossed lovers, not even the turbulent Musi. In comes the doting father, Ibrahim Quli Qutb Shah, and constructs the Puranapul bridge to facilitate his son Mohd. Quli Qutb Shah crosses the river to meet his lady love.

When Aurangzeb conquered Hyderabad in 1687, he renamed the city Dar-ul Jihad (land of war). But within a few years, Mughal Subedar Nizam Ali was head over heels in love with a courtesan and everyone forgot about what Aurangzeb wanted to do. And Hyderabad was back to being the city of love where kings would fall in love with courtesans, courtiers would fall in love with nobility… and it all began sometime in the late sixteenth century when a young prince Muhammad Quli Qutb Shah spotted a young girl called Bhagmati.

ALSO READ:  How 'Nizam Of Hyderabad' Celebrated 'Eid' During His 'Last Days' Of Rule?

Folklore has it that the king built a bridge for his son to let him meet his lady love. Did Muhammad Quli really meet Bhagmati at the spot where the Charminar stands? Perhaps not. “Some people doubt it. Many don’t believe it. But I would like to believe it. It is such a romantic story,” says historian Oudesh Rani Bawa, with a twinkle in her eyes.

But Hyderabad came to be built in 1591, and the story lives on in the name Bhagnagar which is still used by the mercantile class in Old City. And in Talab Katta, inside the compound wall of a house of a pehelwan, there is a mysterious tomb that is believed to be the grave of Bhagmati. Is it really her grave? We never know.

A generation of Hyderabadis has been brought up on this lore. But, was it all real or a figment of the imagination?

“Nothing but fiction. There is no substantial evidence to prove that Bhagmati ever existed,” says heritage enthusiast Mohd. Safiullah.

In an interesting talk on Bhagmati – Fact or Fiction here on Saturday, Safiullah sought to demolish the myth of the legendary nautch girl, with whom the city’s founder was believed to have fallen in love head over heels.

ALSO READ:  Do You Have 'Commonsense' - The Uncommon Qualification?

“There is no inscription, miniature, or coin of that period mentioning her name. There is no trace of her grave either. Even Chichalam, the place where she was supposedly born, has not been identified yet,” Safiullah said.

The talk organized under the auspices of the Historical Society of Hyderabad at the Salar Jung Museum drew many historians and scholars.

While a big question mark hung on the very existence of Bhagmati, there were no doubts about other courtesans like Premamati and Taramati, since material evidence was available about them. Moreover, their graves could be found in the royal necropolis at Golconda.

“Why Bhagmati was not buried there if she was so important?” asked Mr. Safiullah of Deccan Heritage Trust.

With the help of slides, he explained how a romance between Quli Qutb Shah and Bhagmati could not have taken place since the king was barely 10 years then. He was born in April 1566, while the Puranapul was completed in 1578 after more than two years of construction.

There was also no evidence to show that Hyderabad was named after Hyder Mahal, the title conferred on Bhagmati. Referring to an extract from the book, ‘Landmarks of Deccan’, Mr. Safiullah said the name Hyder Mahal was mentioned along with other palaces such as Dad Mahal and Nadi Mahal. “You build a palace and then honor someone you love with its name. How illogical?” he asked.

Moreover, the word ‘Hyder’ was an attribute of Hazrat Ali, the fourth Caliph of Islam, and it could not have been conferred on a nautch girl, he argued to prove that Bhagmati was not the inspiration for the city’s name.

Travel writer Ferishta’s account about the dalliance of Quli Qutb Shah with Bhagmati could not be attached credence, as he had written about the royal affair sitting in Bijapur without visiting Hyderabad.

“At best, Bhagmati is a popular but unfounded myth,” Mr. Safiullah maintained. He referred to historians such as Haroon Khan Sherwani, Habib Nisar, and David Mathew to support his argument.

But, some in the audience did not buy his argument. “There is no smoke without fire,” a participant remarked. #KhabarLive #hydnews